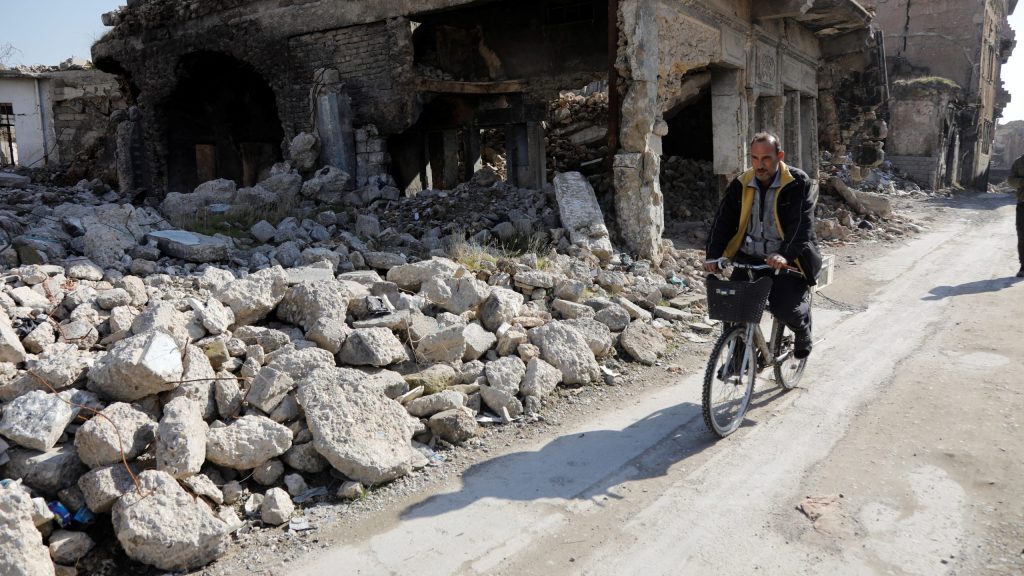 Islamic State leader Abu Ibrahim al-Hashimi al-Qurashi detonated a suicide vest last week, according to US officials, as American special operators closed in on his position. He will not be missed. Al-Qurashi was directly and indirectly responsible for atrocities that included murder, rape, and torture. US President Joe Biden described him as a “horrible person.” There is at least some inherent good to be found in his death.

But his death is also irrelevant to the broader effort of deterring and defeating terrorist groups around the world. It has not dealt the Islamic State “a severe blow,” as Secretary of Defense Lloyd Austin has claimed, because it is not the kind of organization that misses a step when its leader is removed. Like al-Qaeda, the Islamic State functions as an umbrella organization for many semi-independent regional and country-level organizations. Any top-level turmoil in the coming weeks will probably not affect Islamic State leaders and fighters in Iraq, Syria, Afghanistan, the Central African Republic, Libya, Egypt, Saudi Arabia, Algeria, Somalia, the Philippines, the Russian North Caucasus, and Nigeria. Their operations will almost certainly continue unabated.

The high-profile announcement of this raid—one of many thousands of raids like it conducted by American special operators since 9/11—fits a pattern: Presidents and vice-presidents trumpet the deaths of al-Qaeda and Islamic State leaders while exaggerating the impact of their deaths on the global efforts to reduce terrorism.

In announcing the death of Abu Musab al-Zarqawi, the leader of the Islamic State precursor group, on June 8, 2006, President George W. Bush similarly claimed it was a “severe blow” to al-Qaeda. But Zarqawi was effectively replaced by Abu Ayyub al-Masri, who reportedly had closer ties to al-Qaeda leaders. After Zarqawi’s death, violent incidents in Iraq significantly increased. Despite this high-profile killing, Bush had to surge troops to prevent an outright defeat.

Al-Masri and Abu Omar al-Baghdadi, probable co-leaders of the post-Zarqawi iteration of the group (then called the Islamic State in Iraq), were killed in a special operation on April 18, 2010. Biden, then vice president, described their deaths as “potentially devastating” for the group. But they were replaced by Abu Bakr al-Baghdadi, who proved to be far more effective than his predecessors. Al-Baghdadi expanded the Islamic State into Syria just before the Arab Spring erupted. This positioned the group for rapid expansion during the ensuing chaos.

After his death via suicide vest in October 2019—also as special operators closed in on his position—Abu Bakr al-Baghdadi was described by President Donald Trump as “the big one.” Trump also claimed “the world is now a much safer place.” But after Baghdadi was replaced by Qurashi, his second in command, the Islamic State expanded, fueling a global jihadist movement that had more fighters in late 2021 than at any time since 2001, according to the Wilson Center.

Like most smaller terror groups around the world, both al-Qaeda and the Islamic State have adapted to global counterterrorism operations by building resilience to targeted killings. When junior, mid-level, or senior leaders are killed, they are quickly replaced. Sometimes, targeted killings even allow more competent and more brutal leaders to emerge.

Instead of faltering, the Islamic State will probably continue to recover from its operational defeat in Syria and Iraq. It will expand upon its operations in Afghanistan, taking advantage of the absence of American counterterrorism forces in the wake of the US withdrawal in August 2021. It will continue to undermine stability by conducting terror attacks in Europe, Africa, Asia, and even in Latin America and the United States. No single targeted killing, or even mass killing, of its fighters will stop the Islamic State; groups like this thrive on disenfranchisement and prey upon weak security services.

That said, targeted killings have value as supporting actions because they help set the conditions for two complementary counterterrorism strategies likely to work over time: building legitimate democracies, and building capable and dependable partner security forces that respect human rights. Targeted killings should be viewed as actions included within counterterrorism campaigns, not as ends unto themselves.

Many American civilian and military leaders understand this dynamic. When Baghdadi’s Islamic State shattered the Iraqi army and seized more than one-third of Iraq, the United States stepped in to help with Operation Inherent Resolve. This US-led campaign is most commonly associated with aerial bombing and missile strikes. But arguably, its greater success has been in building the Iraqi security services to retake and hold ground lost to the Islamic State. Ongoing US efforts to strengthen Iraq’s chaotic democracy complement partner building. Both are probably multi-generational challenges.

Hyperbolic presidential announcements in the wake of targeted killings are forgivable. Taking people like Zarqawi and Qurashi off the battlefield provides at least a minor victory in a diffuse, global struggle that appears to have no objective or end. Ideally, however, presidents should also help the American people understand and accept the true nature of a lasting counterterrorism victory: It is, and has always been, dependent upon changing the unfortunate global conditions that provide an endless reservoir of people vulnerable to extremist ideologies.

These ideologies are not consumed by the fiery explosion of a suicide vest, nor can they be killed by a missile, bomb, or special operator’s rifle.

Ben Connable is a nonresident senior fellow with the Atlantic Council’s Middle East Programs and a retired Marine Corps area and intelligence officer with extensive experience in Iraq and the broader Middle East. 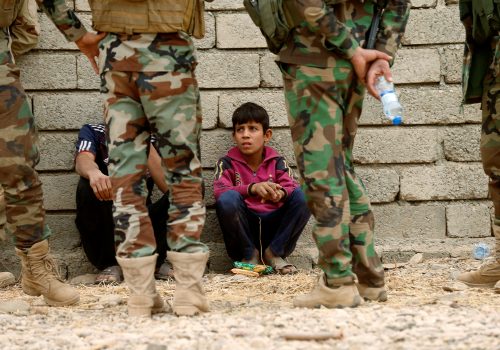 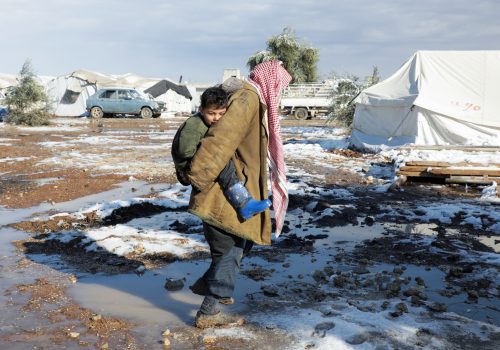 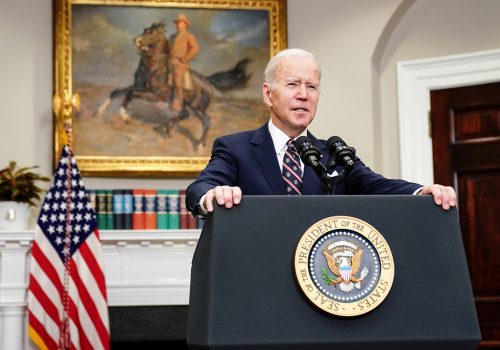 Image: A man rides a bicycle near buildings destroyed during fighting with Islamic State militants in Mosul, Iraq, on February 1, 2022. Photo by Khalid al-Mousily/REUTERS