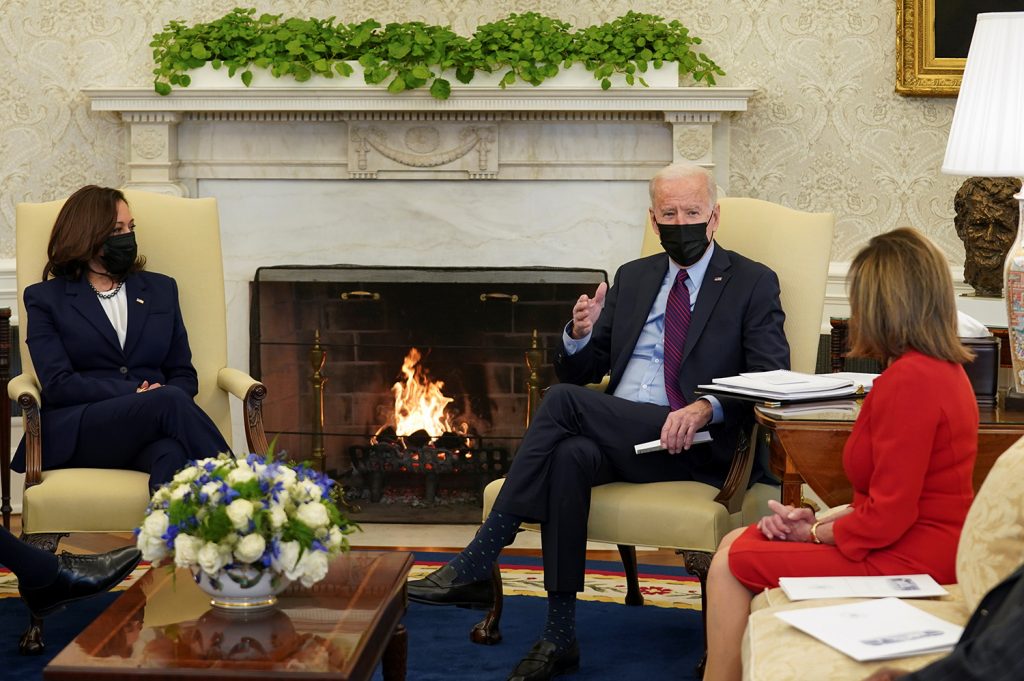 The Biden administration has inherited a crisis in poor and middle-income countries, where the economic fallout from COVID-19 has pushed hundreds of millions of people into extreme poverty. It’s a crisis that cries out for global leadership, and there are encouraging signs that the new administration will respond.

Early in the pandemic, developing countries were starved for money as international capital fled to safer shores. But with central banks loosening money supply and driving real interest rates into negative territory, investors returned to select emerging and “frontier” economies. Capital flows to emerging-market bonds and stocks in November alone hit $145 billion, and the trend has continued into 2021.

Yet the governments in many of these countries still have empty pockets. As they divert money to the health crisis, they’re unable to address other pressing needs. Policymakers warn that critical development priorities—from infrastructure to education—now lack funding. The World Bank recently raised its estimate for the number of people expected to fall into extreme poverty worldwide. And the situation is only getting worse: The new COVID-19 variants are deepening the crisis in some poor countries.

The five billion dollars of debt-service relief, provided under a Group of Twenty (G20) initiative to help alleviate the pandemic’s impact on low-income countries, barely begins to address the most immediate needs, especially given that private-sector creditors have declined to join that effort. That relief, moreover, is only going to about forty low-income countries and doesn’t solve the problems facing more developed nations, many of which also face debt-repayment issues.

The capital flowing to the developing world is also destined only for a few emerging-market countries—for example, a series of bond issues by the Philippines and one-hundred-year bonds by Peru. Virtually all of Africa has been cut off from the Eurobond market since the pandemic hit. The private sector cannot be faulted for making decisions based on business considerations, but by picking winners and losers and refusing to participate in debt relief, international banks and bondholders are aggravating a dire situation.

Meanwhile, advanced economies have been absent. The United States sat on the sidelines under former President Donald Trump, while Britain cut longstanding commitments to maintain aid to developing countries at 0.7 percent of GDP. The G20 has repeatedly promised support from the International Monetary Fund (IMF) and World Bank, but those resources are stretched thin. The exhortations of IMF Managing Director Kristalina Georgieva to “spend, but keep the receipts” are a reminder of the limits to the multilateral lender’s largesse.

US President Joe Biden and many members of his economic team have experience pulling together an international response to the 2008-2009 global financial crisis. While they face challenges at home, this global crisis cannot be ignored. There are several ways the United States can help.

The Biden administration needs to first prove its bona fides by supporting the international effort to supply COVID-19 vaccines to developing countries. The Trump administration refused to participate in the COVAX program that was set up by the World Health Organization (WHO) to develop and distribute vaccines. Trump also withdrew from the WHO. In December, Congress included four billion dollars in a supplemental budget for COVAX, but left implementation to the Biden administration.

Immediately after the inauguration, US infectious-disease chief Anthony Fauci announced that the US would return to the WHO and pledged support for COVAX. These are important steps. But we are witnessing huge imbalances in vaccine distribution, with a handful of rich countries predictably in the lead in vaccinating their citizens. No single nation is fully protected until the whole world is protected, and a four billion dollar US contribution won’t be enough to reach that goal.

It is also crucial for governments to press private bondholders to become involved in debt relief, something that the Trump administration resisted. During the pandemic, only one country (Ecuador) has successfully restructured government bonds issued to private creditors, and many debtor countries hesitate to seek relief for fear of losing access to capital markets. The Biden administration can work through the Paris Club—a group of creditor governments, which China has declined to join, that coordinates sovereign-debt restructurings. Through this framework, it can set new rules that would require private-sector bondholders to show flexibility under extraordinary circumstances (which COVID-19 certainly is) and provide encouragement and regulatory incentives to international banks that want developing countries to retain access to private capital. This is crucial to ensuring that these countries have access to funds that will enable a faster recovery from the crisis.

China has negotiated some debt restructuring with several developing countries, but has resisted greater transparency on its lending terms. Despite US-China tensions, Biden and his foreign-policy team have indicated that they are prepared to work with Beijing on issues of global concern like climate change. To this short list, global cooperation on the pandemic should surely be added to demonstrate that the United States and China can work together for the common good.

The G20 can also provide a more effective setting for that effort than it has over the past year under the presidency of Saudi Arabia. Italy takes the chair in 2021 and has signaled that it will propose steps to address the pandemic’s economic impact. This will only be effective if it addresses underlying issues like the need for a grand bargain between the Paris Club and China on a unified approach to the debt crisis. To help this along, the Group of Seven (G7), which is chaired by Britain this year, could push the world’s richest economies to agree to provide additional resources under concessional terms for low-income countries.

Creative thinking on the part of the IMF and World Bank is also in order. The resources of both institutions pale in comparison with the scale of the problem—and new loans will only put off the day of reckoning on debt.

The Trump administration blocked a plan last year for a special allocation of IMF special drawing rights (SDR)—a reserve asset exchangeable for hard currency—equal to $250 billion. But there are some indications that the Biden administration will reverse course here and support a $500 billion issue. Even if that proposal were implemented, however, the benefit to developing countries would be limited because SDR apportionment is based on the size of a country’s economy. In other words, rich countries would benefit most. Creditor countries should donate their allocations to help needy members, perhaps by establishing an SDR trust administered by the IMF that could disburse the money. The devil is in the details of such a mechanism, and any money disbursed should be on concessional terms.

There is some hope among government officials and international institutions that COVID-19 vaccines will bring a rapid revival of global economic growth and, in turn, reduce the pressures on many countries to seek debt relief and aid. But economic policy built on hope is bound to disappoint. What is needed is grant aid that does not increase debt burdens—and leadership based on a clear understanding of the problems facing countries rich and poor. That is where the Biden administration is positioned to make a difference.

Jeremy Mark is a former communications adviser and speechwriter for the IMF management team and previously an award-winning reporter for The Wall Street Journal Asia. Follow him on Twitter @jedmark888.

Vasuki Shastry, formerly with the IMF, Monetary Authority of Singapore, and Standard Chartered Bank, is the author of the forthcoming “Has Asia Lost It? Dynamic Past, Turbulent Future.” Follow him on Twitter @vshastry.

Why funding America’s local governments could have a global impact

Now that Joe Biden has entered the White House with a razor-thin Democratic majority in Congress, the United States has an opening as narrow as the eye of a needle to contribute meaningfully to a global economic recovery. But they still face an uphill battle to secure resources for local governments.

The global economy in 2020, by the numbers

The pandemic has made this a historic year for the global economy, now beset by a recession the likes of which we haven’t seen since the Great Depression. To make sense of it all, our GeoEconomics staff and senior fellows have selected the numbers behind the headlines, organized around our three pillars of work, that best capture the global economy’s journey in 2020—and what lies in store for 2021.