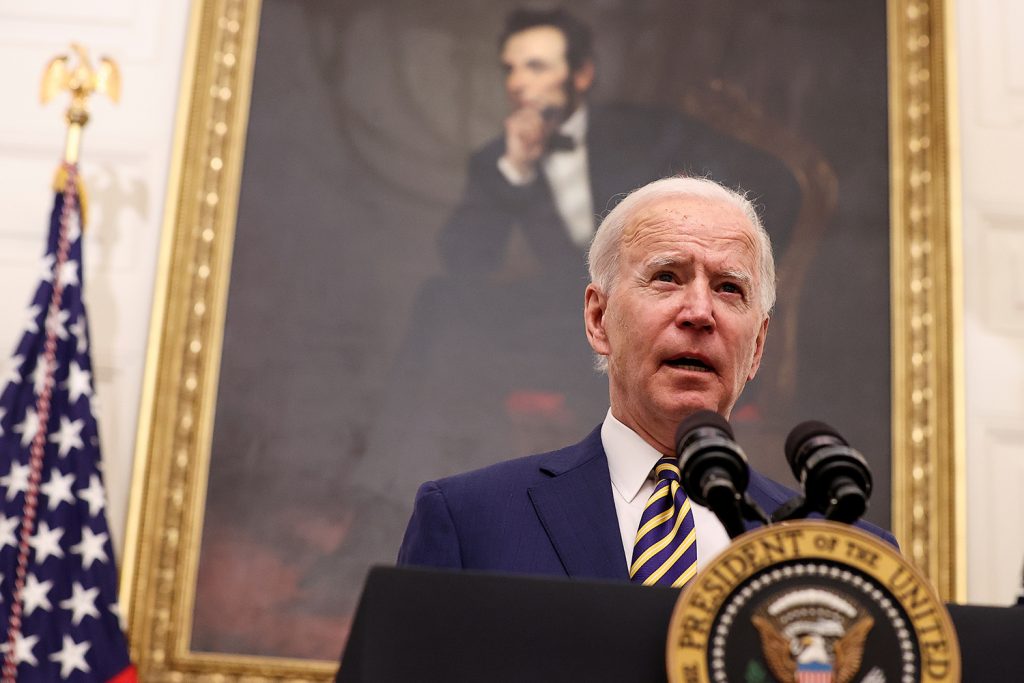 Now that Joe Biden has entered the White House with a razor-thin Democratic majority in Congress, the United States has an opening as narrow as the eye of a needle to contribute meaningfully to a global economic recovery. The extent to which the US supports state and local governments will go a long way to determining the nature of that contribution.

On January 14, Biden announced his proposed economic-rescue package of $1.9 trillion, which includes $350 billion for local governments. In both the Coronavirus Aid, Relief, and Economic Security (CARES) Act passed in March 2020, and the smaller stimulus package passed in December 2020, funding for local governments ended up on the cutting-room floor. Today Biden and the Democrats are in a much more favorable position than they were last year, but they still face an uphill battle to secure these potential resources for local governments. If they manage to win that battle, it could influence the future of the global economy for several reasons.

First, even with more effective planning for vaccine production and distribution at the federal level, getting vaccines into Americans’ arms will ultimately depend on the capacities of lower-level governments, especially states.

Second, while the federal government can, in theory, self-finance, state and municipal governments are mostly bound by the requirement to have balanced budgets. This has meant that recession-induced hits to local revenues have produced massive layoffs. Local governments are facing their biggest drops in tax revenue since the Great Depression. The basic necessities for getting through a pandemic and jumpstarting a recovery hang in the balance. Schools, transportation, housing, and a range of social services are all funded and administered through local government. Over 1.3 million state and municipal employees have been laid off or furloughed since the beginning of the pandemic —25 percent more than during the 2008 financial crisis. Current estimates suggest that one in ten jobs lost over the past year were in state and local government.

This is a matter not just of economic inequality, but of racial inequality. Public-sector jobs are disproportionately held by people of color. African American employment in local government in particular has increased as more Black politicians have entered elected office following the voting reforms of the mid-1960s. According to a study by the Economic Policy Institute, cuts to local government budgets in the wake of the 2008 recession disproportionately hurt employment for African Americans. Last year, Federal Reserve Chairman Jerome Powell described racial inequality as “a longer-run weakness in our economy.” Indeed, in December’s monthly jobs report, white Americans were the only racial group to see an increase in employment.

Third, the Biden administration is promising some two billion dollars of investment in new infrastructure to “build back better.” Much of this investment will be in “green infrastructure” designed to reduce America’s carbon emissions. The primary components of that infrastructure will include transportation, utilities, and housing, and the vast majority of the investment will be planned and delivered through state and municipal governments. Ongoing cuts to state and municipal budgets will tear a hole through the capacity of the institutions that will be key to delivering on Biden’s agenda. This is the moment to strengthen that capacity. Such investments are also fundamental to restoring domestic demand in the United States, which in turn matters greatly for the global political economy.

Finally, increasingly sclerotic state and municipal budgets put the health of American democracy at risk. Local government is where the vast majority of Americans interact with public institutions, and it is where they can have the most influence. A forty-year trend of defunding local government has rendered those institutions ineffective and unresponsive. Furthermore, it’s at the local level where governments can experiment with new policy ideas that can later be scaled up across the country. Paradoxically, this kind of local experimentation requires robust federal investment.

For all these reasons, investment in state and municipal governments matters not just for the United States but for the entire world. Restoring global economic growth requires a vigorous and more equal recovery from the pandemic in the world’s largest economy.

Benjamin H. Bradlow is a postdoctoral fellow in the Weatherhead Scholars Program at Harvard University’s Weatherhead Center For International Affairs. He is on Twitter at @bhbradlow.

A way out of America’s divergent realities

Biden’s policy measures, if passed by Congress, could begin to tackle some of the challenges underlying the nation’s present predicament, that America’s schisms don’t continue to deepen and its realities don’t continue to diverge to the point of no return.

Image: US President Joe Biden speaks about his administration's plans to respond to the economic crisis during a coronavirus disease (COVID-19) response event in the State Dining Room at the White House in Washington, US, January 22, 2021. REUTERS/Jonathan Ernst