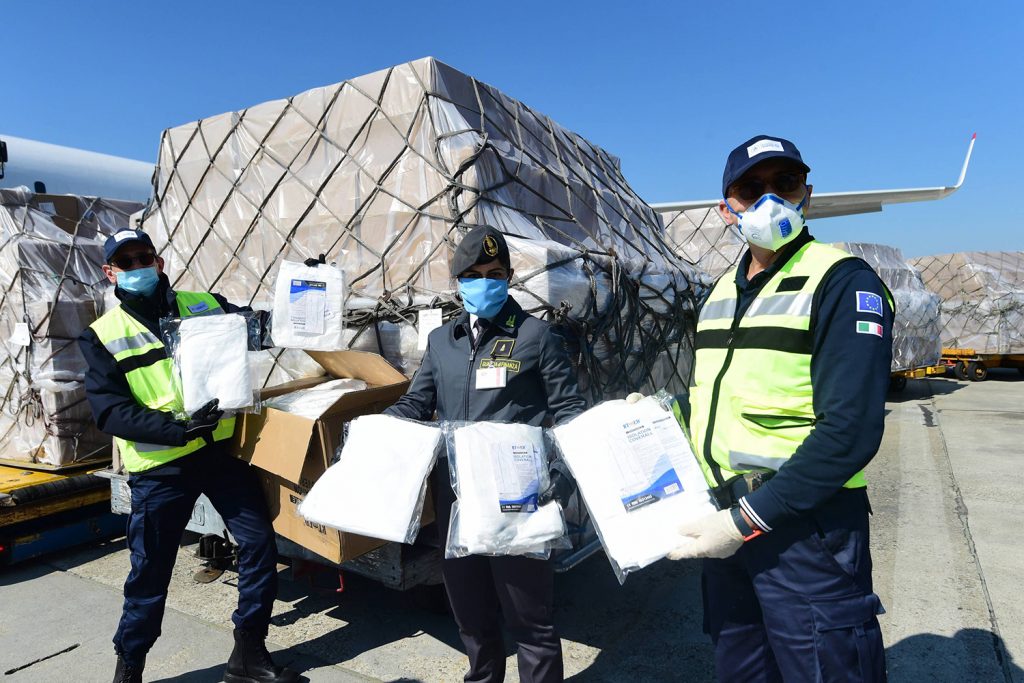 In 1999, after decades of animosity driven by a complex history, Greek and Turkish relations positively transformed almost overnight. The catalyst for this transformation was Turkish provision of rescue personnel and other assistance to Athens, which had been struck by a devastating earthquake. Of course, those efforts would not have been transformative had the foreign ministers of both Greece and Turkey not already been considering ways to improve relations. But had it not been for the crisis, the effects of those efforts may never have been felt.

This example exemplifies “disaster diplomacy”: conditions where disasters can catalyze changes in state relations. Global efforts to create similar change during the COVID-19 virus, however, have not met with much success. This failure has as much to do with the nature of the virus as it does with the nature of the response. Getting disaster diplomacy right requires alignment of ends, means, and interests. Otherwise, it risks being perceived as exploitive or ineffective.

The United States has conducted, with few positive results, its own disaster diplomacy as COVID-19 spreads, specifically targeting adversaries such as North Korea and Iran. While North Korea did not appear to outright reject the United States’ offer of assistance, North Korean leader Kim Jong Un’s sister said in a public statement, that such assistance would not improve relations. Iran’s Supreme Leader, Ayatollah Ali al Khamenei, more directly refused any US assistance, accusing it of using it to spread the disease. Echoing this sentiment, influential Iraqi Shia cleric Muqtada al Sadr preemptively rejected any vaccines that originated in the United States, despite the fact the virus as a 13 percent fatality rate in Iraq, one of the highest in the world. These examples do not suggest that US assistance has not been well-received elsewhere; however, where it has been, recipients have already had good relations with the United States. Such aid may have been important to reinforcing those relations, but it certainly was not “transformative.”

The United States is not alone in trying to turn crisis into opportunity. Russia and China have also tried to use the pandemic to position themselves as global leaders, often at the expense of the United States. Russia’s extremely odd effort to portray a purchase by the United States of ventilators and personal protective equipment (PPE) as “humanitarian assistance” fooled very few. Perhaps even worse, the Italian press criticized Russian aid as “missing the mark” and accused some of the Russian providers of being spies. As a result, while the government did express gratitude for the assistance, it failed to have any transformative effects.

China, on the other hand, has been much more aggressive in its outreach. It has provided funds, doctors, PPE, test kits, and other assistance to numerous countries in Africa, Asia, and Europe. A major reason for this outreach appears to be China’s desire to overcome negative publicity associated with its perceived poor handling of the crisis early on, exacerbated by recent reports that the Chinese government waited six days after realizing it had a pandemic on its hands to take steps to curb the spread. By setting itself up as a provider rather than a recipient of aid, it has been able to portray itself as being competent in handling the domestic crisis, since it has excess supplies to send abroad, as well as a valuable partner in combating the global spread. In some other cases, China’s interest appears to diffuse broader criticism of its foreign policy. For example, it provided assistance to critics such as Estonia and Lithuania and was able to generate some positive statements suggesting an improvement in relations.

However, its success in bolstering its position as a global leader has, at best, been mixed. While the European Union (EU) did express appreciation for Chinese assistance, EU statements have emphasized the aid’s reciprocal nature, often observing the EU provided aid to China as well. In Africa, the reaction appears even more mixed. While a number of African states have expressed gratitude, Nigerian doctors, for example, threatened to cease treating COVID-19 patients if the government invited Chinese doctors to the country. Not only were the Nigerian doctors concerned that the Chinese assistance would “demean their sacrifices” without being effective, they linked the arrival of Chinese doctors in Italy to an increase in cases there. Even worse for the Chinese, there are widespread rumors that the medical equipment it provides is contaminated with the virus.

The pitfalls of Disaster Diplomacy

This last point highlights the pitfalls of trying to use pandemics as political opportunities. Viruses are not earthquakes. In natural disasters it is easier to associate any assistance with relief from a crisis’s effects. However, as the Iranian supreme leader’s comments and China’s experience in Africa indicate, that is not the case in pandemics. Often, aid arrives as the virus is still spreading, all but guaranteeing that it will correlate with higher infection rates and fatalities.

Of course, being aware of this unfortunate perception should not preclude the United States from continuing to provide medical assistance globally. As of March 2020, it has provided $274 million in new assistance to help a number of countries combat the virus. More importantly, the United States provides this assistance through international organizations such as the World Health Organization (WHO) or directly funds responsible agencies in recipient countries. This, however, is a double-edge sword. Following this route allows the United States to avoid the pitfalls of providing assistance directly while preserving its ability to provide critical relief. Of course, doing so also obscures the US role in providing that assistance, diminishing any potential transformative effect.

So while the United States could use a global public relations boost, the wrong moves right now include reducing or discontinuing current levels of assistance, or increasing direct assistance, especially in areas where US intentions are often misunderstood, mistrusted, or easily portrayed as malign. Doing the former would not only exacerbate the crisis, it would enable competitors and critics to portray the United States in a bad light and bring into question intentions behind any future assistance. Perhaps more to the point, given US domestic needs and production capacity, it is not clear if the country can adequately compete in this space. China’s ability to produce protective masks, for example, exceeds that of the United States.

There are two areas where the United States can focus its efforts to avoid the pitfalls described above while increasing its chances of achieving transformative effects. First, the United States should look for opportunities where it can free up indigenous resources to combat the virus. For example, as Fred Hof argues, reducing at least some sanctions on Iran would increase the resources Tehran has to combat the virus. Doing so would not only send positive message to the Iranian people of US concern for their well-being, but it would also undermine Tehran’s effort to portray the United States as culpable for the virus’s spread.  Perhaps, more importantly, it will help reduce Iran’s role as source of the infection in the region and establish the United States’ role as a global partner in combatting the virus, something Iran cannot do. Of course, as Hof notes, there is a high risk that Iranian leadership will misuse some that relief; however, even if they do, that use will only marginally increase Iran and its proxies’ effectiveness. Thus, the benefit of relief will likely far outweigh any risks. While any positive message would be undermined by making any relief contingent on political objectives, there could still be an understanding that Iran’s cessation of attacks on US forces in Iraq—at least for the duration of the relief—would be a condition for the United States optimizing that relief.

Second, the United States should now consider ways to help critical states with recovery. The World Bank and International Monetary Fund have already urged creditors to provide debt relief to the poorest economies and the Group of Twenty pledged $5 trillion to limit job and income losses. However, even wealthy countries’ economies are going to be hard hit, suggesting that there may be insufficient resources to meet the need. This point suggests the importance of getting assistance or relief where it will do the most good, as well as the opportunity to demonstrate the United States’ value as a partner.

Consider, for example, how this approach would play out in Nigeria. The United States is already providing it with $7 million in medical assistance; however, Nigeria is one of Africa’s biggest economies and the dual impacts of the recent decline in oil prices and the effects of the virus put its already weak debt profile at risk. Debt relief and other measures that could stimulate the Nigerian economy could not only avoid a humanitarian disaster, it could drive additional economic growth on the continent.

Iraq also provides opportunities where the right measures can change its domestic politics in a way that is more favorable to the United States. Public anger directed at the United States and Iran over tit-for-tat attacks between US forces, exacerbated by an aggressive Iranian propaganda effort to portray the United States as a malign actor responsible for the virus, have constrained the Iraqi government’s ability to cooperate with the United States. Thus, here too, even just a few, visible, specific programs aimed at assisting Iraq’s recovery could stimulate the Iraqi economy as well as provide a much-needed boost to the United States’ image. Of course, there are areas in Iraq where any US assistance will be unwelcome or ineffective; however, even small programs could do much to demonstrate its value as a partner relative to Iran.

Each of the measures suggested here would achieve a great deal of good while providing the United States with the means to catalyze positive change in some of its most difficult relationships. However, as the Greek-Turkish example suggests, there are other conditions that need to be present for assistance or relief to make a difference. If their foreign ministers had not already been engaged in a dialogue regarding improving relations that assistance may have been welcomed, but not transformative. Thus, this point suggests that for more long-term measures, the United States should begin setting the kinds of conditions necessary for their success now.

While many larger economies have passed significant coronavirus relief packages, many middle- and low-income countries are in dire straits—suffering the full impact of the pandemic and global economic crises. World leaders in their meetings need to make decisions to significantly increase the lending capacity of the IMF to meet the urgent needs of these countries.

Pandemic may replace the nation-state: But with what?

Image: Suits and masks arrived from China in Bologna, Italy on April 3, 2020 during Covid-19 crisis. Photo by Gianni Schicchi/IPA/ABACAPRESS.COM