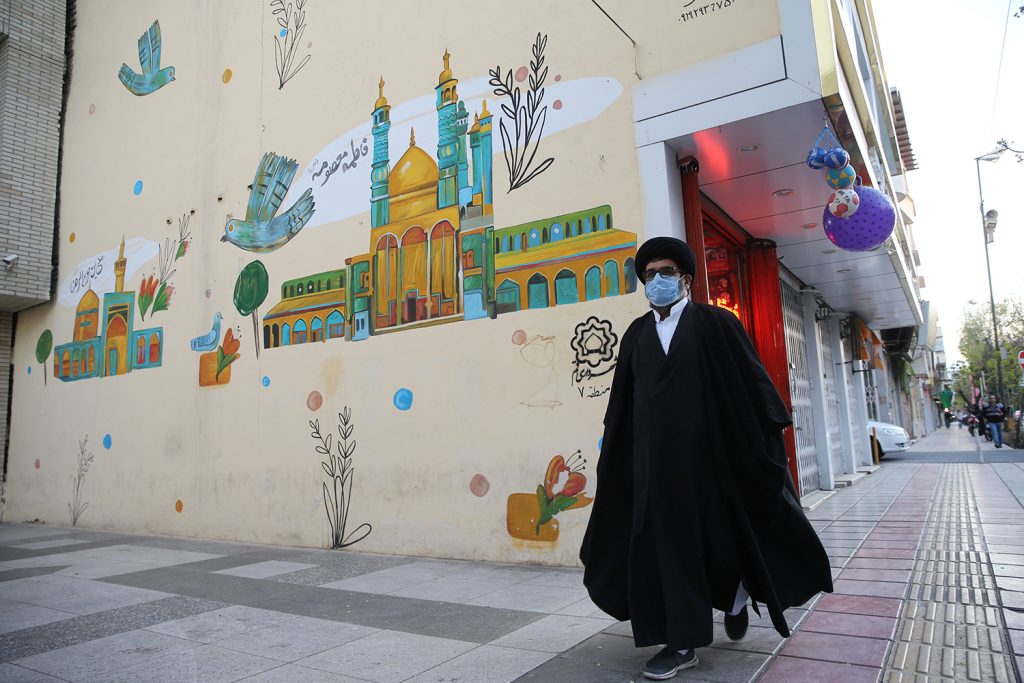 Much has been written in recent days about the impact of the coronavirus pandemic on Iran, and the effects of US sanctions on the ability of Iranian health authorities to deal effectively with the crisis. An excellent article by Brian O’Toole argues accurately that sanctions need not be formally suspended to give Iran a measure of access to sorely needed medical supplies. The argument here is less nuanced than that of Mr. O’Toole: Suspend the sanctions for the duration of the crisis while informing Tehran that continued attacks on US forces and diplomats in Iraq by militias answerable to Iran will bring military retaliation down on the heads of the Islamic Republic’s political and security establishment.

No doubt Brian O’Toole—an acknowledged expert—is correct: Without suspending sanctions, pathways can be created for Iranian health professionals to get some of what they need to combat the crisis. Inside Iran, however, the US response to widespread illness and mounting deaths should not be perceived as the carefully crafted work of an attorney or accountant. Only by suspending sanctions explicitly and across-the-board can the United States make a critical point directly to the people of Iran: Americans care about your health and well-being, even as your rulers suffocate you with breathtaking incompetence, bottomless corruption, and an appetite for violent aggression that wastes vital resources for the benefit of the lowest political lifeforms in the Arab world.

To the extent the Trump administration deems it important that 80 million Iranians clearly perceive the stark contrast between the criminals who rule them and the foreign policy of the United States, the unambiguous lifting of sanctions for the duration of the pandemic is essential. Yes, there are labor-intensive, lawyerly workarounds. But only an across-the-board suspension of sanctions can make the requisite point with total clarity and deliver a gut punch to the Islamic Republic’s loathsome political class.

Would that political class cheat by diverting some resources—medical and otherwise—to itself and to its bottom feeding allies in Lebanon, Iraq, and Syria? Count on it. Regime “hardliners” and those who front for them with the thinnest veneers of civility, will not acquire personal decency or civic responsibility just because the United States, in the eyes of humanity, does the right thing for the people of Iran.  Surely Washington would accompany its life-saving gesture with strong messages to allies and others that cash transfers to Tehran be avoided totally. But make no mistake: The criminal enterprise running Iran will indeed find ways to divert some portion of the resources made available to it to its pockets and those of its regional partners.

The question to be answered, therefore, is the following: Would the positive impact of such a gesture among Iranians and around the world be of value sufficient to offset the cheating that would inevitably transpire? The view here is “Yes.” Can it be proven? No. But at least this American—a Vietnam veteran and someone who has worked hard over the years to propose policies that would beat the Islamic Republic in Syria, Lebanon, and elsewhere—would be proud to see the United States acting in a way consistent with the principles it holds dear.

Lifting of sanctions should be accompanied by a warning to the miscreants currently running Iran: if you continue to direct attacks on Americans in Iraq, a thoroughly disproportionate military retaliation will fall on you and on the security institutions sustaining you; we will not fight you in Iraq, your battleground of choice; we will hit you where it will hurt you the most.

Such a warning must, of course, be serious; it must not be a “red line” style bluff. Targets must be developed and then, if the warning is ignored, thoroughly serviced. Iran’s ruling clique wishes to expel the United States from Iraq and has no reservations whatsoever about putting armed teenagers there—Iraqis and others—on the American bullseye. Tehran will fight to the last Iraqi.

The January 2020 killing of one of their own—Major General Qasem Soleimani—momentarily brought them up short; this was not part of a forty-year script featuring Washington’s crippling fear of escalation. Now, believing perhaps that the killing of a major general was just a one-off departure from focusing on privates and corporals, Tehran’s rulers seem to be reverting to business as usual, assuming they have unchallenged escalatory dominance over the United States.

Regime change in Iran is the business of Iranians. Defending Americans, in and out of uniform, is the job of the American government, along with playing a leadership role internationally that is not shy about promoting American values. In the case of Iran, we can indeed do two things simultaneously: Tell the Iranian people that the United States is suspending sanctions to facilitate the ability of their medical professionals to deal with the pandemic; and warn the criminal class governing Iran that the military consequences of killing Americans will fall on them and on the institutions that sustain them. A policy highlighting help for the afflicted and resistance to the aggressors may not attract universal support; apologists for the Islamic Republic abound, even in the West. But it will put the United States in a place consistent with its highest principles and best practices.

Ambassador Frederic C. Hof is Bard College’s Diplomat in Residence and a distinguished Senior Fellow at the Atlantic Council.

Members of Congress, world leaders, international organizations, editorial boards, and civil society activists are calling on the Trump administration to lift sanctions on Iran, at least temporarily, while the country fights the coronavirus pandemic.