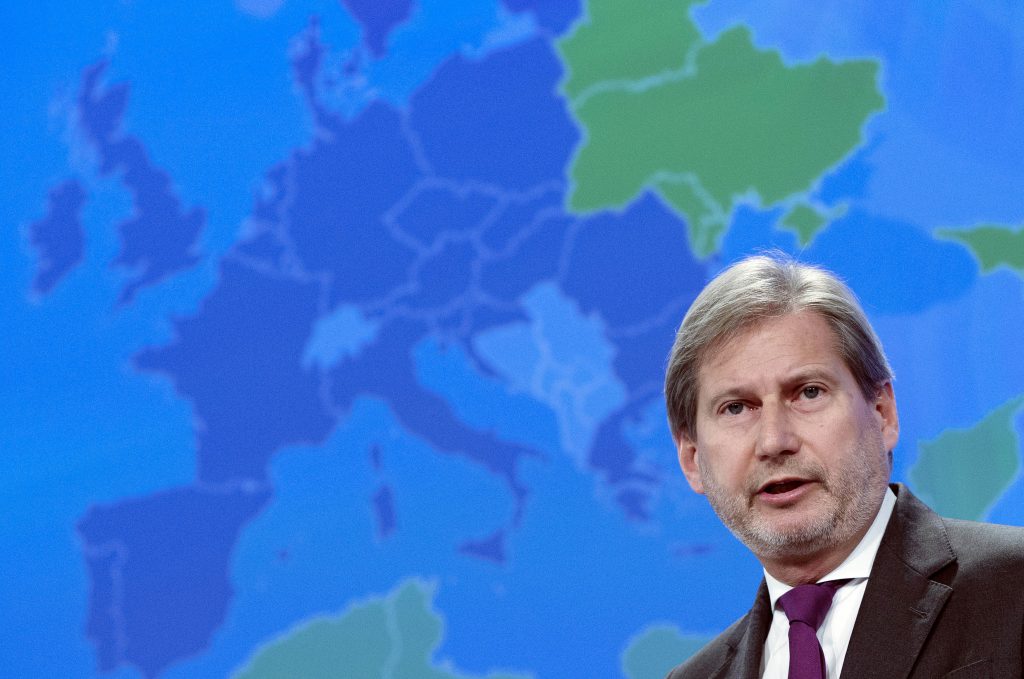 An advance draft of the Eastern Partnership declaration, to be unveiled at the summit on May 21 to 22 in Riga, Latvia, underscores the European Union’s drift away from stronger engagement with its partners.

The previous summit, held in Vilnius, Lithuania, in 2013, produced a declaration that conveyed staunch support for closer EU cooperation and integration with its eastern partners: “The participants of the Vilnius Summit reaffirm their acknowledgement of the European aspirations and the European choice of some partners and their commitment to build deep and sustainable democracy… The participants reaffirm the particular role for the Partnership to support those who seek an ever closer relationship with the EU.”

The draft of the 2015 declaration, which Radio Free Europe/Radio Liberty first obtained, tells a different story that conveys much more reticence on the part of the EU. The corresponding paragraph in the 2015 declaration states: “the summit participants reaffirm the sovereign right of each partner freely to choose the level of ambition and the goals to which it aspires in its relations with the European Union. It is for the EU and its sovereign to decide on how they want to proceed in their relations.”

The conflict in Ukraine, which marks a nadir in post-Cold War relations between Russia and the European Union, undoubtedly informed the palpable change in these two declarations. The 2015 EU Eastern Partnership Summit declaration holds immense symbolic importance because it was Ukraine’s last-minute decision to pull out of an EU Association Agreement at the 2013 Eastern Partnership Summit that catalyzed the Maidan protests, President Yanukovych’s ouster, and Russia’s subsequent intervention.

The Eastern Partnership framework is the EU’s attempt to grapple with how to engage its non-member neighbors in the post-Soviet bloc, but it has achieved only marginal results. Juris Poikāns, Ambassador-at-Large for the Eastern Partnership in the Summit’s host nation of Latvia, has conceded that the Eastern Partnership “neither succeeded nor failed” up to this point, though partners such as Moldova, Ukraine, and Georgia still see it as an avenue to approach full EU membership.

Their path toward membership, however, faces a strong prevailing tide against near-term enlargement within the EU. EU Neighborhood Policy and Enlargement Negotiations Commissioner Johannes Hahn reinforced this sentiment when he said at his nomination hearing before the European Parliament in September of 2014 that there would no EU enlargement before 2019.

Hahn has stressed that the enlargement moratorium “does not mean [the EU is] slowing down negotiations” for eventual membership, but the tone emanating from Brussels in the run-up to the Eastern Partnership summit indicates otherwise.

The EU member states and the European Commission are “doing their utmost to keep any mention of enlargement off the [summit] agenda,” according to Krzysztof Bobinski of the Eastern Partnership Civil Society Forum.

Latvian Foreign Minister Edgars Rinkēvičs admitted that some EU members want to only “talk about procedure” during the summit, but he said his country, which holds the EU’s rotating presidency, wants to ensure the summit focuses on deliverables.

For Ukraine and Georgia, the most likely tangible deliverable is visa-free regime agreements with the EU. The EU granted Moldova visa-free access to the Schengen zone, covering twenty-two of twenty-eight EU members, in April.

For Latvia, according to Rinkēvičs, the priority during the Riga Summit is sending “a strong signal to eastern partners, a strong message to the European public… that Europe is as engaged in the Eastern Partnership as it was… five years ago.”

But with a moratorium on enlargement and few tangible deliverables on the table, the EU seems poised to weaken the Riga Summit’s signals, water down the declaration text, and dampen the narrative that underpins the EU’s Eastern Partnership.

Robbie Gramer is Assistant Director of the Transatlantic Security Initiative at the Atlantic Council.

Image: European Neighbourhood Policy and Enlargement Negotiations Commissioner Johannes Hahn said at his nomination hearing in September of 2014 that there would no EU enlargement before 2019. (Reuters/Yves Herman)