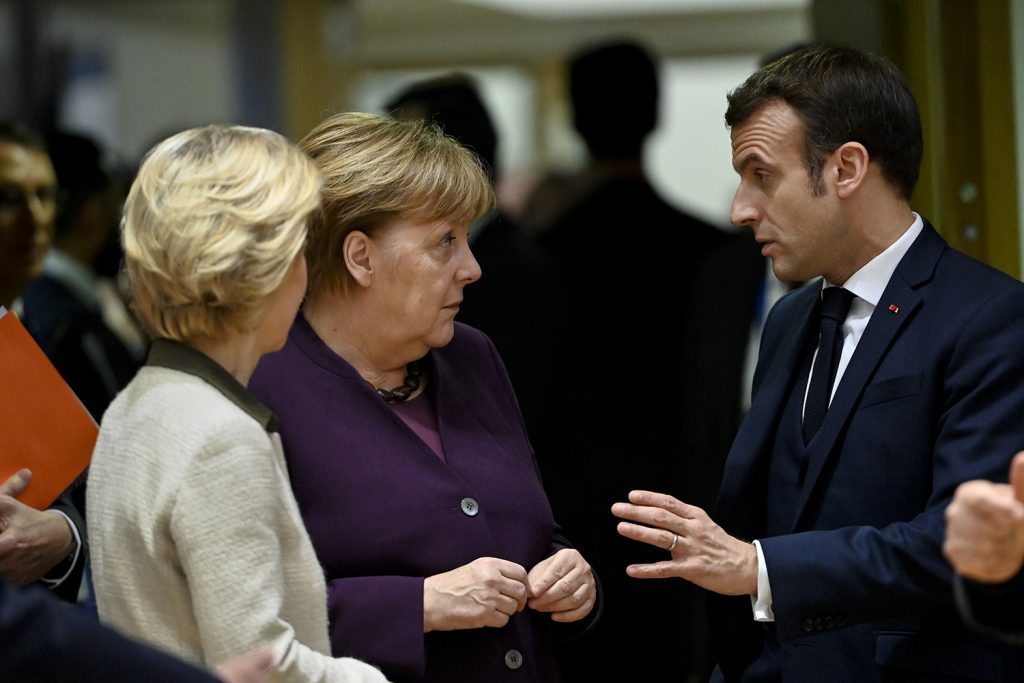 A rapid and flexible deployment of the €410 billion lending capacity of the European Stability Mechanism (ESM) is urgently needed to support the policy initiatives launched to combat the coronavirus crisis throughout Europe. The sooner the Eurogroup of finance ministers can return to something akin to this sensible compromise position suggested by its President Mario Centeno last week, the better. The ESM has the immediate availability of funds, the technical capacity to rapidly deploy the type of credit line instrument best suited for the situation, and has established itself with excellent standing in capital markets including strong relationships with a deep pool of global investors. Use of ESM credit lines also opens up the possibility of the European Central Bank (ECB) activating its Outright Monetary Purchases (OMT) program for the first time, though conditionality provisions and other implementation aspects of that program would have to be sorted out.

The alternatives proposed, ranging from sudden fiscal integration in the form of Eurobonds/Coronabonds to the creation of some new lending institution or capital market instrument, would take many months to materialize in a very optimistic scenario and simply do not match the urgency of the moment.

A rapid intervention in the form of credit lines is needed given the shocking delays to-date of a meaningful coordinated public health or economic policy response by the European Union (EU). These delays and the resulting absence or invisibility of EU initiatives that are helpful to the population of the countries most affected by the coronavirus is already doing lasting damage to the perception of the EU.

Flexible deployment of the ESM’s capacity, preferably in the form of a precautionary credit line instrument with limited or no conditions attached to the borrowing country, is needed for two reasons. The first has to do with time, again. Several member states need immediate support to fund medical equipment purchases, emergency construction of additional facilities, and the like. From a public health perspective, there is simply no time to define a comprehensive desired fiscal and debt plan of the type that underpinned the lending of the ESM during the European debt crisis—it is very much the question of whether more than a hypothetical plan could be formulated in any case as there is almost no certainty over this crisis’ ultimate economic impact.

Secondly, this is not a crisis of public finances—while member states may have entered this period with different debt and deficit positions, the shock has nothing to do with their economic and budgetary policies and it makes no sense to tie borrowing for medical equipment purchases to deficit targets.

Last week’s meetings of the finance ministers and then the heads of state and government featured a tedious repetition of old moves on the eurozone economic policy chessboard. The hardening of the respective positions has led many seasoned policymakers and analysts to worry again about the durability of the EU and the common currency.

What is immediately needed is a new path to compromise as the framework in which France has a monopoly on policy proposals and Germany a monopoly on decision-making appears to have broken down. The underlying idea of the European project being mostly about Germany and France is outdated anyway. It is a shame (and another missed opportunity) that several countries that have the civil service capacity to generate and propose workable solutions chose to align in harsh terms on the extremes of the debate last week.

In the long run, both extreme positions are wrong. For the eurozone to be stable and sustainable, it will need more economic convergence, which over time will require lower wages, more flexible labor laws, and other profound adjustments in the high debt countries. There is also no doubt that for the currency union to be stable, in time it will need a Eurobond or similar asset. A euro area safe asset eliminates the risk that the capital markets dictate the outcome of the next fiscal shock. More importantly, it is a necessary condition for an increased international role of the euro and the EU’s ability to conduct an independent foreign policy.