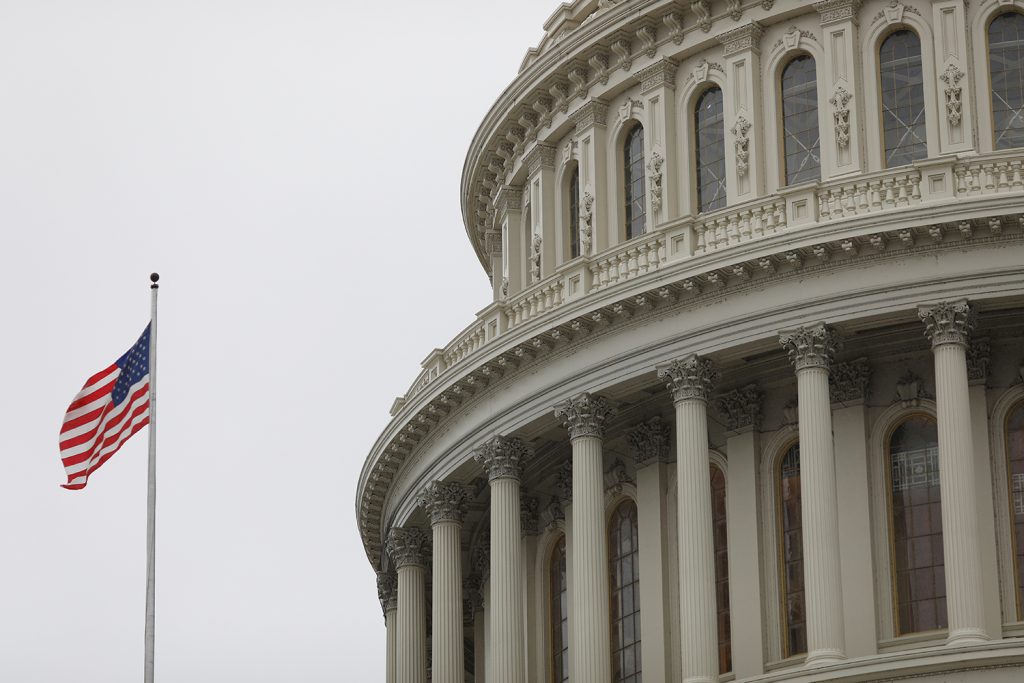 US lawmakers are near final passage of an unprecedented stimulus package to help the US economy weather the storm of the coronavirus crisis, but that does not mean that all of the economic damage can be prevented. The US House of Representatives was set to vote on March 27 for a $2 trillion stimulus bill, jointly agreed to by Republican and Democratic leadership after only days of negotiations. Former Chair of the Council of Economic Advisers and professor of the practice of economic policy at the Harvard Kennedy School Jason Furman said he was “impressed by how much Washington has done, how quickly it has done it, how comprehensively it has done it,” but added that he is “worried that all of that won’t be enough for…an economy that is shutting down in such an unprecedented way.”

The novel coronavirus (COVID-19) pandemic has caused massive quarantines and closures around the world, as more than 500,000 people have been infected with the virus and more than 25,000 have died. Major US cities such as New York, San Francisco, and Washington, DC have ordered residents to stay at home and have forced nonessential businesses to remain closed. The slowdowns for “social distancing” measures have already caused an unprecedented 3.28 million Americans to file unemployment claims for the week ending on March 21.

In response, the stimulus bill includes direct payments to Americans, the suspension of student loans, an increase in unemployment insurance of $600 a week, $500 billion in loans and investments to businesses, $117 billion for hospitals, strengthened food assistance measures, and protections against foreclosures and evictions. Furman noted that “things have moved incredibly rapidly,” as lawmakers were able to reach agreement in just days, compared to the nearly two months it took to craft the stimulus package in response to the global financial crisis in late 2008.

Furman celebrated the increase in unemployment insurance, noting that the increase of $600 a week dwarfs the provisions in the 2009 stimulus package, which only added $25 a week to unemployment claims. These protections to US workers will be crucially important as the current crisis “is hitting the real economy; this is not [about] banks,” according to Alexis Crow, lead of PricewaterhouseCoopers’ Geopolitical Investment Practice and nonresident senior fellow in the Atlantic Council’s Global Business and Economics Program. Because social distancing measures are effectively causing businesses to shut down, depriving many workers of any income, the “ultimate impact” of stimulus Crow argued, “has to be to focus on workers.” Furman agreed, adding that these provisions will need to be in place long after the initial pandemic emergency abates as “unemployment rates can go down quickly but they never go up quickly.”

Crow also suggested that a page be taken out of Europe’s playbook in regards to helping businesses keep employees on their payrolls even while business is shut down, either retaining them through furloughs and reducing hours. As the economy begins to recover, she argued, “the ability to have companies have workers maintained in employment and productivity to resume is going to be absolutely crucially important to generating economic growth going forward.” She noted that Germany has already passed measures to help businesses retain workers, while France has committed $4 billion to help start-ups in the country. In the case of the United States, Furman noted that unemployment insurance remains “creaky in terms of rules in how our economy has changed” and the crisis has required policymakers “to almost invent new parts of our social safety net.”

Furman highlighted the proposed funding to US state governments as an important component of the stimulus bill, but one that also needs strengthening. With states and cities often on the frontline of the public health response to the outbreak, state governments are seeing that “emergency related expenditures are going up [while] their revenue is plummeting,” threatening their ability to balance their budgets as required by law. The stimulus package devotes $150 billion to cover emergency expenditures, which is “very good and very important,” Furman said, but “doesn’t provide any general support though to handle the revenue decline,” which he warned could be $40 billion for every single percentage point increase in the unemployment rate.

In addition to the action in Washington, the Group of Twenty (G20) leaders also held a videoconference on March 26 to coordinate the global response to the pandemic. Atlantic Council nonresident senior fellow Hung Tran welcomed the leaders’ “very clear and unequivocal statement” of unity, and said that the meeting was “better than my low expectations base-case scenario, but it should have and could have been more ambitious.” Tran explained that leaders agreed to share information and research on the virus and critically reached agreement on eliminating barriers for the trade and production of medical supplies, which is “very pointed and very timely to push against the actions of some countries starting to put export controls on some equipment.” Leaders “took a small step, but in the right direction on trade,” Tran said, specifically the United States, which announced that it would “reduce tariffs on medical equipment and supplies.”

Tran lamented, however, that leaders only committed $5 trillion in fiscal stimulus, which is the same amount as in 2009 and will be done “by individual countries and not in a united way like in 2009.” Tran noted that the distribution of commitments is “very uneven” with the United States “far ahead” of other countries. Tran specifically called out China, which so far has only committed 0.8% of its gross domestic product towards stimulus.

Tran also argued that more should be done to support the International Monetary Fund in order to “send a clear message of international cooperation to help emerging economies,” many of which have been specifically hurt by market turmoil and a rush to buy dollar-backed securities. Tran said global leaders should consider market “intervention to avoid the dollar rising too much and putting even more pressure on emerging market countries.” Crow agreed, noting that many of these emerging markets have specific exposures to Chinese economic growth and commodity prices, both of which have already taken dramatic hits due to the pandemic.

As the world continues to grapple with the spread of the pandemic, Crow conceded that “there is very little that we can do to prevent an economic crisis” and that attention should be paid on how to best recover once the outbreak subsides. Furman said that it was “possible that this is like a natural disaster and we bounce right back,” but it is also “possible that this is like a financial crisis and we have a long recovery.” He said that a future recovery would depend on five factors: “how persistent the contraction is” from social distancing measures, the financial situation of consumers once the crisis is over, whether “businesses [remain] intact and ready to be revived,” how much damage the financial system endures, and finally the overall shape of the global economy. Furman argued that many of the measures in the fiscal stimulus will help provide these conditions for recovery, but much will depend on how the pandemic evolves.

Despite the likely economic pain, Furman stressed that everything that can be done to slow the spread of the virus must continue to be implemented. “If you make the social distancing more intense, if you continue it a little bit longer, you will not just save lives, you will put the economy in a place where it can eventually recover,” he said. He cited a new study by Sergio Correia, Stephan Luck, and Emil Verner, which found that cities during the 1918 Flu Pandemic which took stringent social distancing measures ended up performing significantly better economically in the years after the outbreak than cities that did not implement controls. Put simply, Furman said, “you can’t run an economy with massively overloaded hospitals…and a high fatality rate.” The disease causing the economic crisis must first be addressed before a true recovery can begin.

Dramatically lower oil demand due to the coronavirus pandemic and an emerging supply glut caused by the failure of major oil producers to cut production has slammed the global oil market with a crisis “unique in history,” according to Dr. Fatih Birol.

The US Department of Labor’s unemployment release on March 26 gave fresh numbers to display the shocking and historic impact of the spread of the coronavirus and the resulting economic collapse in the United States. Initial weekly unemployment claims through March 21 came in at 3.28 million, a historic high surpassing all but the most pessimistic forecasts as well as the experiences in prior sharp downturns such as the oil crisis and global financial crisis.

Image: The US Capitol during a morning rainstorm, after Congress agreed to a multi-trillion dollar economic stimulus package created in response to the economic fallout from the COVID-19 Coronavirus, on Capitol Hill in Washington, U.S., March 25, 2020. REUTERS/Tom Brenner/File Photo