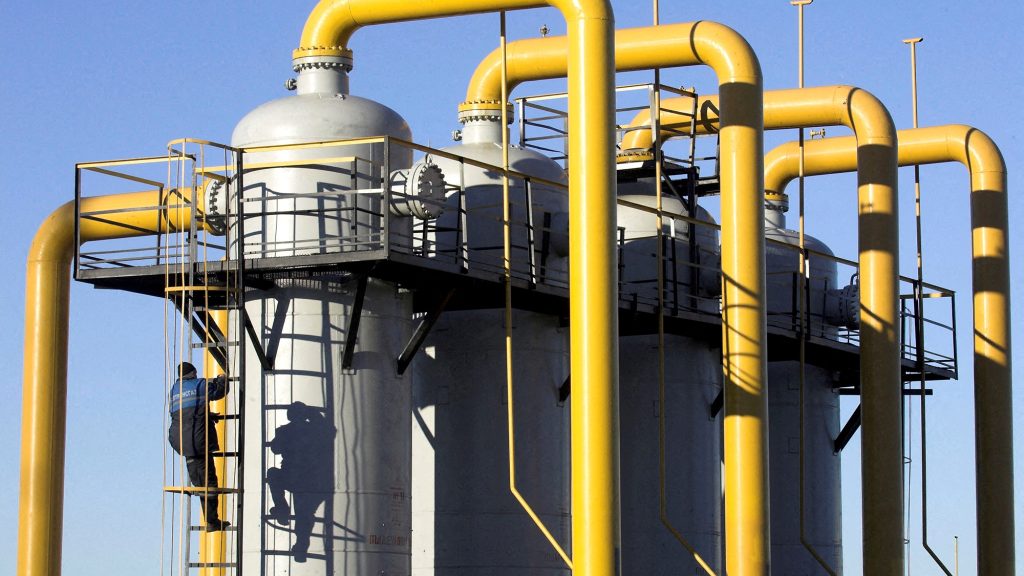 As Russia ramps up its invasion of Ukraine, it’s increasingly obvious that Europe and the United States need to build resiliency against further hostile actions from the Kremlin such as the weaponization of energy. Western states have been left scrambling for nonmilitary interventions—but the problem for NATO is that European allies are far more sensitive to economic sanctions against Russia due to their greater fiscal and trade exposure to Russia. And worryingly, they still lean on Moscow as a major energy supplier—particularly of natural gas. Washington needs to break this dependency and more broadly help soften the economic blow to Europe.

While Russia accounts for less than 5 percent of the European Union’s (EU’s) total trade in goods, 40 percent of its gas imports come from Russia. The transition to green energy sources has not kept up with the bloc’s energy needs, and household utility bills have skyrocketed. To boost resiliency, the West must pursue a major decoupling from Russian energy and focus on building a stronger transatlantic partnership. One of Russian President Vladimir Putin’s greatest assets is Western reliance on Russia; to move forward, this relationship must shift from one of necessity to one of convenience—which is also expendable if the geopolitical situation calls for it.

In 2022, the United States will become the world’s largest exporter of liquid natural gas (LNG) and is thus well placed to help Europe. But to do so, Europe needs to get its act in order.

The United States increased its offers to sell LNG to European countries during the Trump administration. In 2018 eleven countries signed up to the agreement between then US President Donald Trump and then European Commission President Jean-Claude Juncker setting a basis for cooperation. But market conditions—meaning low prices—did not incentivize US producers to export to Europe. In 2019 EU nations imported only 16 percent of their gas from US producers. Instead, US gas has been bound for Mexico, South Korea, and China. Now that energy prices are higher, the market is more attractive to US suppliers, but transformation, storage, and distribution issues abound.

To be consumed, LNG needs to be converted back into gas (regasification) from the frozen solid state required for shipping. The largest regasification capacity is in Spain, followed by the United Kingdom and France. Germany, the economic powerhouse of Europe, has none. The utilization of Spanish conversion capacity hit only 45 percent in January. Spain could certainly convert more gas, but there is only one pipeline that moves gas from Spain to France—meaning that it’s impossible to meet supply demands given transit capacity. Even if the gas could be transited fast, there is not enough room for storage.

The worst-case example of this is Britain, which has storage capacity for only 2 percent of its annual consumption; most other countries in Europe have storage for only around 25 percent. So even if the United States wanted to send more gas to Europe, there is no place to store it. It’s crucial that EU countries, particularly NATO allies that share tense relations with Moscow, create the infrastructure necessary to support themselves without Russian energy supplies. Germany’s announcement that it will build two new LNG terminals is a step in the right direction—but a more comprehensive pan-European approach will be required to create true energy resiliency.

But the shift away from European energy dependence on Moscow should be just the first step in better integrating North American and European markets more broadly. The crisis in Ukraine demonstrates the dangers that interdependence with autocratic regimes—not just Russia, but also China—poses to liberal democratic states. Now that theories of economic liberalization leading to political liberalization in China have been disproven, it’s important to meet the challenge from Beijing, especially since its relationship with the West is far more expansive compared to ties between the West and Russia. The Biden administration’s foreign policy for the middle class is admirable, but right now it includes too many protectionist elements, especially vis-à-vis Europe.

To this end, Washington and its European allies must revisit the idea of a transatlantic free-trade zone—a cohesive market of one billion people would be a powerful hedge against the threat from China, Russia, and other major autocratic powers. Europe’s importation of natural gas is just a microcosm of this larger issue.

For example, to improve transatlantic energy relations, and to insulate Europe from Russia in general, all parties involved need to remove unnecessary US LNG licensing barriers and work on establishing reciprocal solutions that ensure equivalence for the purpose of market access. They also need to hold regular consultations and activities with market operators to ensure the United States remains the major supplier to Europe. Importantly, the EU does not apply import tariffs on US LNG—an important factor in making it attractive to European suppliers.

In the energy issue, we can increasingly see how a larger free-trade area would strengthen the economies of North America and Europe against external competition and reduce dependency on unreliable, autocratic states.

Michael John Williams is a nonresident senior fellow with the Scowcroft Center’s Transatlantic Security Initiative and director of the international relations program at the Maxwell School for Citizenship and Public Affairs at Syracuse University.

Erin Hodges earned her MA in international relations from the Maxwell School for Citizenship and Public Affairs at Syracuse University and worked as a Peace Corps volunteer in Ukraine. 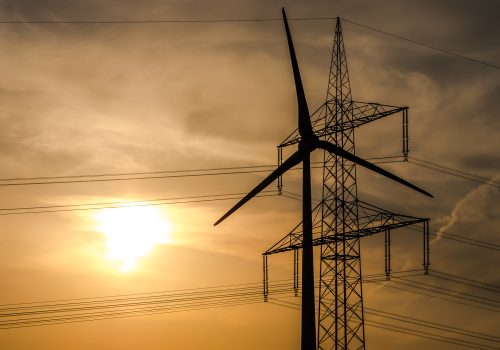 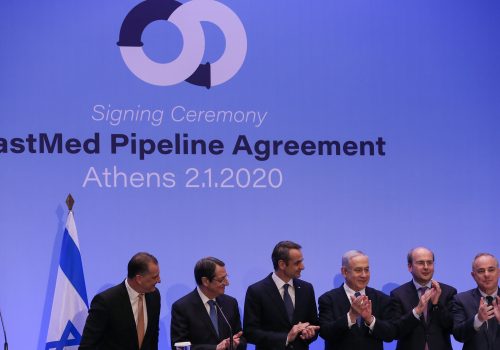 Energy and geopolitics in the Eastern Mediterranean

Fossil fuel development in the Eastern Mediterranean is both laden with promise and fraught with tension. Member states of the East Mediterranean Gas Forum (EMGF) have established joint ventures for exploration and drilling, pipeline building, and LNG export across the region, creating an international web of proposed infrastructure to tap its abundant reserves. But Turkey […] 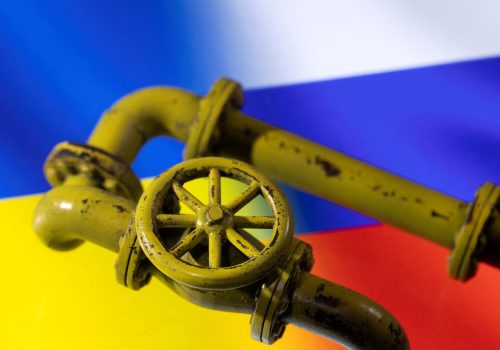 Defending Ukraine on the energy front

The idea that we are stronger together has long been a guiding principle in Ukraine-EU relations. Bolstering our shared defenses against Russian aggression on the energy front is an important step towards this vision.

Image: A worker climbs a cylinder at a gas compressor station at the Yamal-Europe pipeline near Nesvizh, southwest of Minsk, on December 29, 2006. Photo via REUTERS/Vasily Fedosenko.