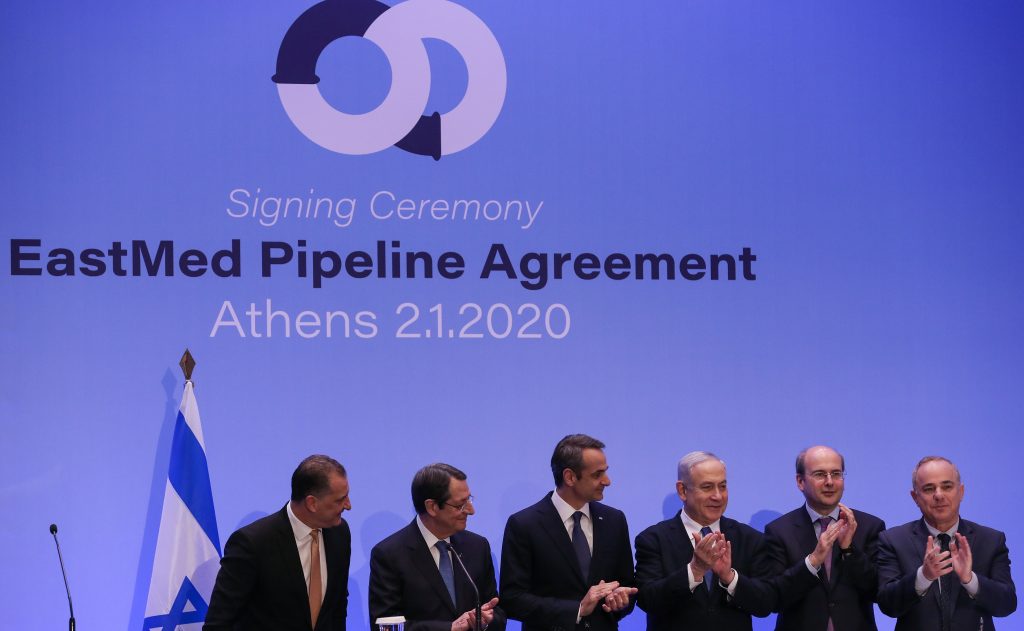 Fossil fuel development in the Eastern Mediterranean is both laden with promise and fraught with tension. Member states of the East Mediterranean Gas Forum (EMGF) have established joint ventures for exploration and drilling, pipeline building, and LNG export across the region, creating an international web of proposed infrastructure to tap its abundant reserves. But Turkey has continued with its own development plans, often contesting EMGF members’ maritime claims. Complicating matters is the Cyprus question, with the nation—whose government is part of the EMGF yet unrecognized by Turkey—at the center of the physical infrastructure network and the political jockeying between rival countries.

The prize for successful development may be substantial. As Asian countries switch off coal, Europe looks to get out from under Russian gas hegemony, and the world reckons with gas’ place as a bridge fuel in the transition, East Med gas exporters have an opportunity to carve out a significant role in the energy mix. However, their success depends on the ability of global stakeholders to find solutions to the complex geopolitical problems that have paralyzed the region’s export potential to this point.

The energy transition in the Arab Gulf: From vision to reality

The United Arab Emirates and Kingdom of Saudi Arabia have emerged as leaders in the Arab Gulf’s energy transition. But even as the two countries work to decarbonize their economies, challenges remain.

A peak in global oil demand would have significant geopolitical and geoeconomic consequences for oil-producing and importing states alike. And while oil resources have afforded leverage to producing nations, many of these countries have not diversified their economies and remain highly dependent on oil revenue for economic and national stability.