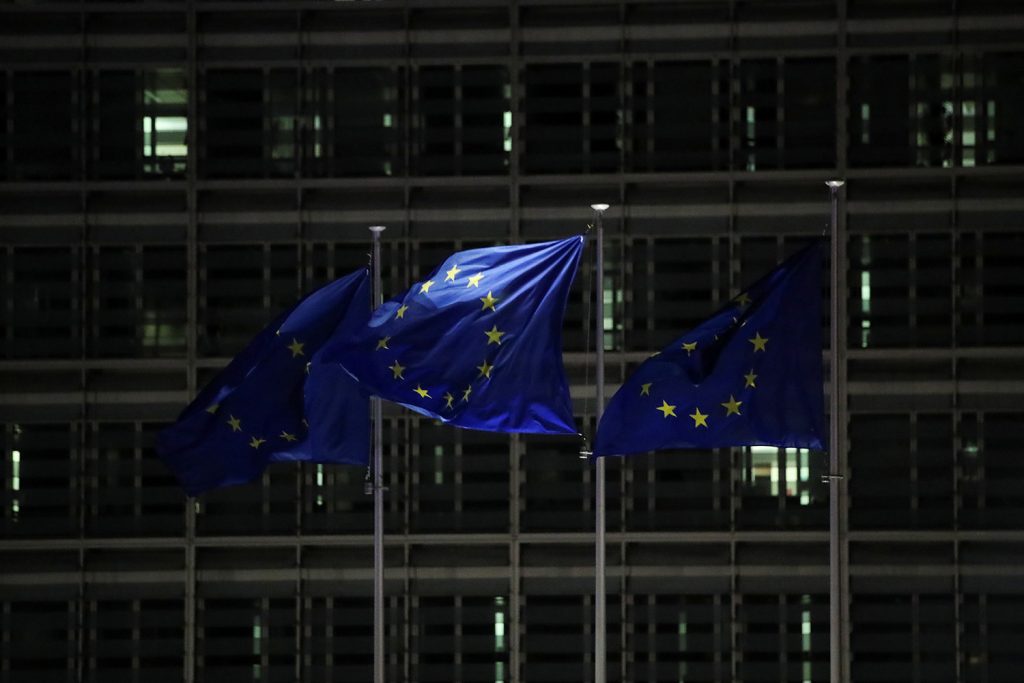 These proposals are intended to replace the EU’s existing legislation—the e-Commerce Directive, which was adopted in 2000—with a vastly expanded new toolbox for digital-service regulation that seeks to improve online governance and promote digital market competition. The European Commission places additional responsibilities on large online platforms, raising important questions about the impact the draft legislation will have on transatlantic digital commerce, the European Union’s (EU) relationship with US Big Tech, and US-EU digital priorities under the incoming Biden administration in the United States. In parallel, the British government also released proposals for platform regulation on December 15 that appear to mirror large parts of the EU’s DSA and DMA proposals.

Here’s a quick rundown on what just happened, why it matters, and what’s next.

What is the Digital Services Act (DSA) proposal?

The Digital Services Act would establish common rules for platforms’ content moderation practices and establish the platforms as legally responsible for the services they provide. The DSA would apply tiered requirements to intermediary service providers, hosting services, and online platforms. Very large platform providers with more than 45 million users will be held to a higher standard for policing illegal and harmful online content posted on their networks—ranging from hate speech and disinformation campaigns to counterfeit products. The DSA also requires greater transparency from very large platforms about the algorithms, advertising, curated content, and data they use. Tech firms that do not comply with the EU law could face fines as high as 6 percent of their annual revenue.

What is the Digital Markets Act proposal?

The Digital Markets Act would establish specialized competition rules for large digital platform companies doing business in the EU. The DMA applies to large online platforms defined as “gatekeepers”—those providing platform services in at least three EU countries and having 6.5 billion euros ($7.9 billion) in annual EU turnover in the last three years or 65 billion euros ($79 billion) in market value in the last financial year. Major US tech firms such as Google, Facebook, Apple, and Amazon would all fall under this classification.

The antitrust regulation will establish a list of “dos and don’ts” for relevant tech firms, requiring and prohibiting specific behaviors to prevent harm to competition in the digital market (otherwise known as ex ante regulation) rather than sanctioning harmful behavior after the fact. The “do” list instructs tech companies to share data provided to or generated by the online platform with consumers, business users, and third-party vendors. The “don’t” list bans app pre-installation on hardware systems such as laptops and smartphones, prohibits the manipulation of search-result rankings to promote a firm’s own services above those of competitors, and restricts data use on dual-role platforms to prevent large sites from gaining an advantage over smaller business users. Failure to comply could cost tech giants as much as 10 percent of their annual revenue if they are fined by EU regulators.

The DMA also proposes non-financial sanctions as a last resort. These would be intended to redress structural competition problems. In an effort to remedy what it considers existing market failures and prevent new ones, the European Commission could force asset sales to address behavioral or structural issues. A comprehensive “New Competition Tool” that the EU executive had initially considered doesn’t seem to have made it into the December 15 proposal.

Why do these EU proposals matter for transatlantic digital commerce and US tech?

The United States and EU are top trading partners on digitally enabled services and their economic partnership has been central to the global emergence of the digital economy. In 2019, the United States exported $196 billion in information and communications technology (ICT) services, and potentially ICT-enabled services, to the EU. The union’s 450 million user single market is one of the biggest profit centers for US companies. Already, US-EU digital exchange has been disrupted by the Schrems II decision in July. With major US tech firms as key regulatory subjects of the DSA and DMA, the draft legislation could further deepen transatlantic divides over digital commerce.

Another concern is that the European Commission’s DMA proposal will have an adverse effect on the very companies it intends to help. Shackling US big tech firms may add roadblocks for European small- and medium-sized enterprises (SMEs) that leverage these platforms—and it may stymie innovation. Instead of facilitating a level playing field and more competitive market for European companies, the proposed regulations may make it more difficult for small businesses to engage with their customers and thus interrupt essential services.

How is US tech responding?

The initial responses from the US tech industry have come swiftly. While Google is studying the proposals in detail, its vice president, Karan Bhatia, warned of negative effects for digital innovation in Europe and expressed concerns that the proposed rules “appear to specifically target a handful of companies.” The US Chamber of Commerce seemed to issue a similar criticism of EU policymakers unfairly targeting US firms by stating that “Europe is intent on punishing successful companies that have made deep investments in Europe’s economic growth and recovery.” Meanwhile, a Facebook spokesperson said the company considered the DSA and DMA “to be on the right track” but demanded the rules apply equally to some of its competitors. Mentioning Apple by name, Facebook alleged the competitor uses its tech ecosystem to harm consumers.

How could this impact the US-EU digital policy agenda under a Biden administration?

The proposals come at a time when political leaders in the EU and United States have gone to great lengths to signal a new era of transatlantic cooperation, especially as the Biden administration assumes office. The European Union only last week adopted “A New Transatlantic Agenda for Change” that includes a proposal for a US-EU tech and trade council to shape common global tech standards and solutions to shared challenges. But the December 15 proposals could end up adding to a long list of US-EU digital policy disagreements and divergences that will confront the next US administration from day one. Even if some US Democrats favor a more assertive, European-style approach to Big Tech, a Biden administration is likely to take issue with EU measures that single out US firms as it also seeks to rebuild relations with key allies in Europe. Whatever the new team’s approach, the DSA and DMA drafts continue the now-familiar trend of the EU driving forward ambitious digital regulations and a global agenda, leaving the US to respond.

What are the next steps for the DSA and DMA proposals?

Fortunately, the Biden administration will have some time to engage with the EU before the proposals become law. The drafts will now enter the legislative process, which will allow the European Parliament and EU member states in the Council of Ministers to make amendments before approving the laws. Members of the European Parliament have already warned against watering down the proposals. But these measures will run up against divergent interests among EU member states and could still undergo significant changes. While France and the Netherlands support Brussels’ ambitions, Ireland and other member states with more vibrant tech sectors may be more skeptical of the current proposals. Observers expect the process to take at least twelve to eighteen months.

What are our experts saying about the proposals?

Fran Burwell, Distinguished Fellow, Future Europe Initiative: “The DSA and DMA together present a comprehensive regulatory structure for online platforms and are destined to be examined by other jurisdictions. But whether they will create an environment in which new platforms can flourish is not clear. The question for Europe is not just how to regulate but how to innovate and scale its own ‘gatekeepers.’”

Kenneth Propp, Nonresident Senior Fellow, Future Europe Initiative: “While Brussels and London still can’t agree on their future economic relationship, the closely aligned proposals emerging yesterday from both capitals show that their thinking is closely aligned on how to regulate big US tech platforms.  Once again Europe has made the first move in the long-building debate over tech market power and social media content, presenting Washington with opportunities as well as challenges.”

Eileen Kannengeiser is a project assistant at the Atlantic Council’s Future Europe Initiative.

The European Magnitsky Law—A milestone with a lot of potential

The European Magnitsky Act has some limitations, but if implemented and enforced consistently, it has the potential to make a large impact in the global fight against human rights abuse because of the opportunity it creates for the United States and Europe to coordinate their efforts together.

Digitalization has been heralded as “the next engine of growth” for the economies of Central and Eastern Europe (CEE) and the idea that digitalization can transform the region’s economic model has never been more relevant than amid the current coronavirus pandemic.