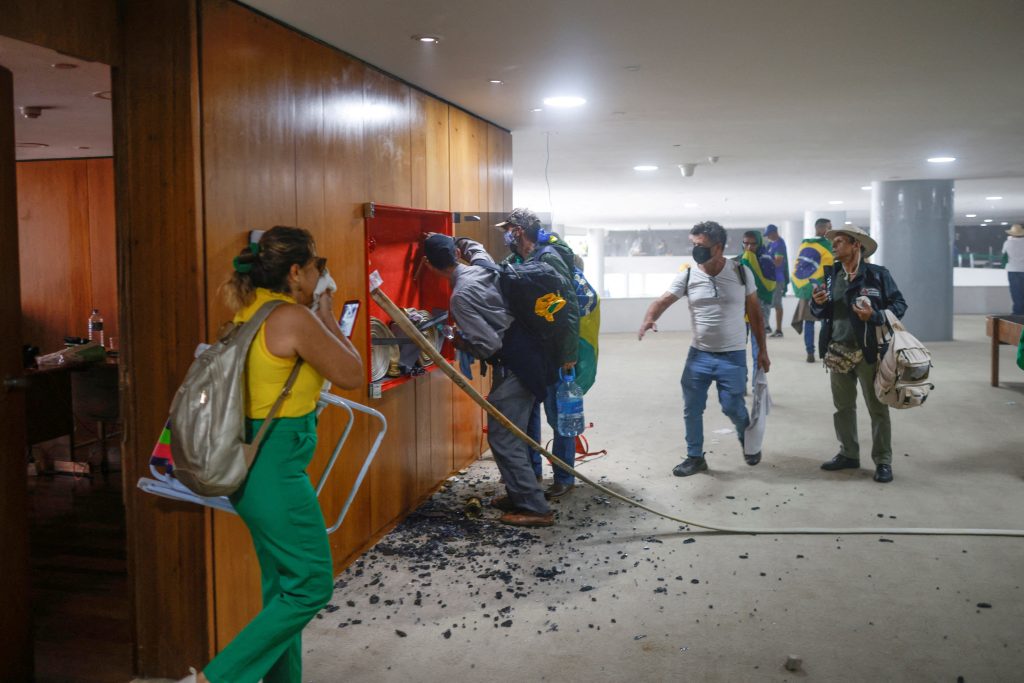 January 8: A new date of infamy. Supporters of right-wing former President Jair Bolsonaro who falsely allege last year’s election was stolen stormed Brazil’s Congress, Supreme Court, and Presidential Palace in Brasília on Sunday. The images were eerily similar to the January 6, 2021 assault on the US Capitol, though Congress was not in session and newly inaugurated President Luiz Inácio Lula da Silva was away. Police cleared the buildings and made hundreds of arrests. But as the tear gas clears, substantial questions remain about the state of Brazil’s democracy and institutions—and what the United States can do in response to the riot. Our experts are on the case.

Jason Marczak: January 6 comparisons are an oversimplification, but the US has a role to play now

Iria Puyosa: Brazilian intelligence agencies failed. Here’s what they can do now.

January 6 comparisons are an oversimplification, but the US has a role to play now

Brazil is a divided nation. But hopefully, unlike in the United States, those divisions do not play out in holding accountable those responsible for Sunday’s attacks. Leaders across the Brazilian political spectrum have condemned the violence; what is needed are swift actions to hold responsible those directly and indirectly complicit in the ransacking of Brazilian institutions. That started on Sunday with the arrest of hundreds of looters and the order by Supreme Federal Court Justice Alexandre de Moraes calling for the ninety-day removal of Federal District Governor Ibaneis Rocha following the absolute failure of Federal District security.

Comparisons will continue to be made to January 6. But that is an oversimplification of what happened in Brazil. The January 8 rioters took their cues from the United States, but, in Brazil, rioters were focused on absolute destruction of Brazil’s legislative, judicial, and executive buildings without the ability to disrupt the democratic order. Lula had taken office one week earlier and was not even in the capital city at the time. Still, for the Lula government, the Brasília violence is a wake-up call regarding the forces that will continue to undermine the continued peaceful functioning of Brazil’s institutions.

What should the United States do? Unlike the reaction to the recent self-coup in Peru, from left to right, governments across the Americas and Europe voiced a loud and resounding condemnation of the Brasília attacks. Multiple US officials, including President Joe Biden, forcefully spoke out. This is the moment for the United States to take action to reassure the new Lula government that US support will not be in statements alone. A potential Lula visit to Washington is in the cards for early in the year. That visit should be prioritized and scheduled as soon as possible to show Lula and allies around the hemisphere that the United States is here to help when partners are in need.

January 8, 2023 will go down as an ugly day in Brazilian history. The past few months have been clouded by the fear that a January 6-like event would take place in Brazil, and that fear sadly came to fruition on Sunday. One week separates Lula’s inauguration, a celebratory moment for the democratic process and the peaceful transition of power, and this weekend’s violence.

Inspired by the United States’ January 6 riots, the attacks in Brasília targeted all three branches of government. The fact that some police forces, officials, and financial backers appear to have enabled this anti-democratic vandalism underscores the danger to Brazil’s democratic system. The repercussions of this day will be long-lasting.

The United States and the West should see what happened in Brazil as yet another failed attempt by the extreme right to undermine democracy. But amid global trends of declining democratic freedoms and political instability across Latin America and the Caribbean, which country is the next target?

In Brazil, democracy prevailed, but it’s cracked. The country proved that its democratic institutions are resilient, but they still must be strengthened. Lula has an even greater opportunity to do that now. The horror of the day and the eagerness to defend democracy pushed politicians from across the political spectrum to find common ground. That’s a rarity in Brazilian politics, and Lula must seize the opportunity to pacify the country and gain political power in Congress, backed by a pro-democracy front, to show the strength of his government and of Brazilian democracy, to punish those involved, and to move the needle forward on key policy priorities.

Brazilian intelligence agencies failed. Here’s what they can do now.

Brazil’s security and intelligence agencies failed to take effective measures to prevent the assault on the National Congress, the Federal Supreme Court, and the Presidential Palace. They are not the first security forces taken off guard by a popular uprising or an attempted coup d’état. But they had a chance to take preventive measures, given the amount of open-source data available.

Contrary to what typically occurs in attempted coup d’états, the assault on the Brazilian government was publicly announced. The call was not made on fringe or secret sites but in public groups and channels with thousands of followers. Videos, flyers, and texts indicating places and times of departure for Brasília, age requirements to participate, necessary supplies for the trip, and the objective of the mobilization circulated on TikTok, YouTube, public Telegram groups, and public WhatsApp groups for several days.

It is inexplicable that the Brazilian authorities have not investigated these calls and established strong security controls to prevent pro-Bolsonaro extremists from taking over the Square of the Three Powers.

On Sunday, calls began to rise for greater regulation of social media and messaging platforms, even as Brazil has been among the more vigorous countries in Latin America in restricting the circulation of misleading or polarizing content on messaging platforms. Policymakers should consider how intelligence agencies can activate resources for open-source monitoring that do not limit freedom of expression and association of citizens but provide early warnings about actual threats from extremist activities. 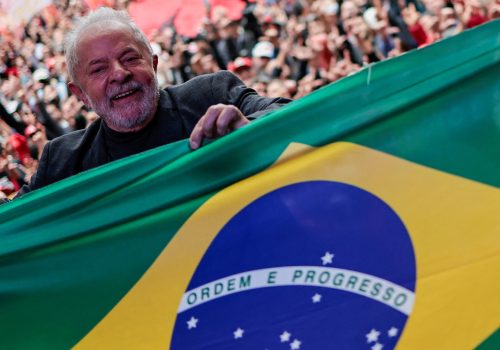 Experts react: Lula defeats Bolsonaro in Brazil. What should the region and the world expect?

We turned to our Latin America experts to get a sense of the coming policy shift for Brazil both at home and abroad. 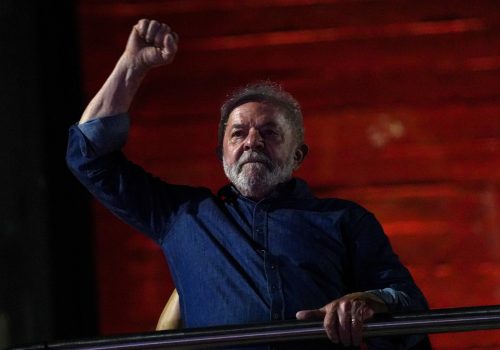 Lula is back in Brazil. Here’s what’s coming.

How will Brazil reposition itself on the world stage? Our experts peer into the future that awaits. 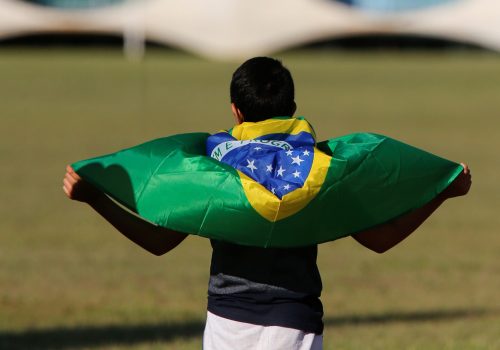