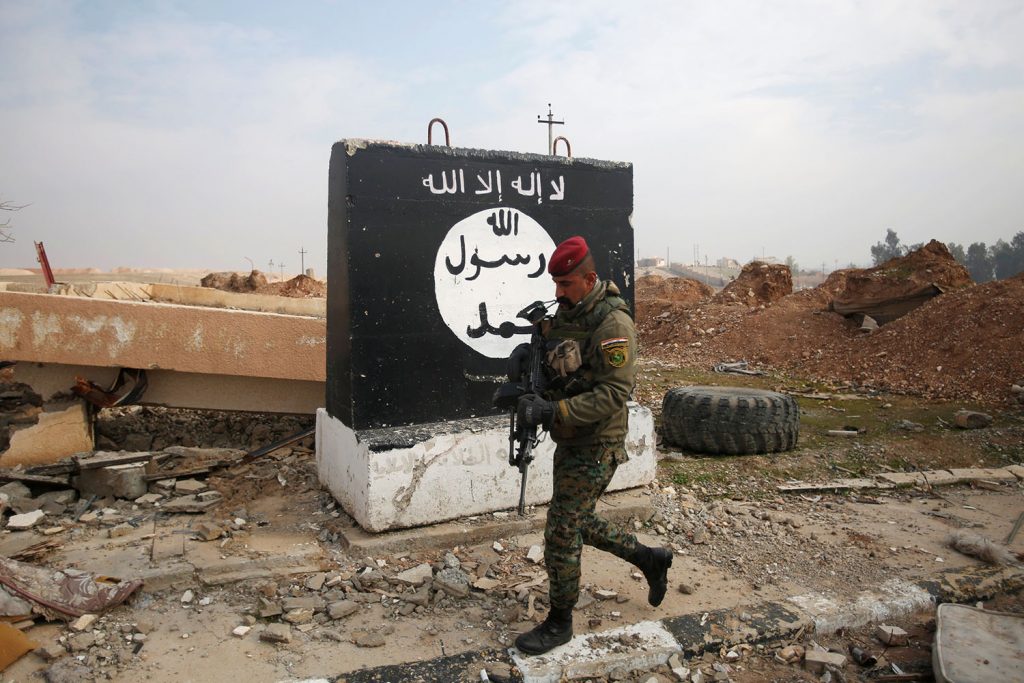 US President Donald J. Trump’s confirmation of the death of Islamic State founder Abu Bakr al-Baghdadi presents opportunities both to rejoice and to reflect. Years from now we will be able to understand the full implications of this operation, but immediately we can draw five quick conclusions from the president’s announcement.

1. Despite the unrelenting chaos in Washington, there are serious people in the US government who continue to do serious work.

An operation like this is the culmination of years of dedicated work from many hundreds of professionals supported by many thousands of others across our military and intelligence bureaucracies. The United States has been at war with Salafi Jihadist terrorist organizations ever since 9/11, so by this point these types of operations may appear to the US public be somewhat regular. But they are never routine. And, in the end, US special operations forces willingly put themselves at significant risk to protect innocents around the world who al-Baghdadi and his ilk constantly sought to murder or enslave. Those uniformed and civilian experts who do such work should be respected, not denigrated as denizens of some “deep state,” a term lifted from Turkish history and bandied about carelessly and falsely in our current partisan discourse.

2. This is a serious but not fatal blow to the Islamic State, and the generational conflict against Salafi jihadist organizations is far from over.

Years ago, as the Islamic State was growing and its caliphate was emerging, the death of a leader like al-Baghdadi might have been enough to seriously diminish its threat. But today al-Baghdadi will be replaced, ideally after some internal bloodletting, and the Islamic State will likely survive, perhaps with some name changes along the way. It will likely remain a relatively decentralized organization with a declared presence in countries in the Middle East, Africa, South Asia, and East Asia, and demonstrated operational reach into Europe and North America. Its center of gravity will increasingly be its narrative pull rather than its claim to represent a governing caliphate. This is not to argue that al-Baghdadi’s removal is unimportant; to the contrary it was a critical step in eliminating that narrative. After all, as former al-Qaeda leader Osama bin Laden famously argued, “When people see a strong horse and a weak horse, by nature they will like the strong horse.” Al-Baghdadi is no longer a strong horse.

More generally, however, the challenge we still face is not the Islamic State as an organization but Salafi jihadism as a movement. This movement, likely spawning a new terrorist organization each decade or so, will be around as long as Sunni grievances persist, which will be a long time given the nature of the regimes under which many of its adherents live. Indeed, the Syrian province of Idlib in which US forces found Baghdadi is also, according to the Pentagon, “essentially the largest collection of al-Qaeda affiliates in the world.” One of the particularly vexing aspects of Salafi jihadists is that whenever they carve out a safe haven they eventually begin external attacks of the kind that threaten the United States. So US counterterrorist professionals have learned that the optimal approach is to work indirectly by, with, and through local partners, to deny our enemy this sanctuary, to allow our partner to conduct counterterrorist campaigns, and to provide US forces with the intelligence, placement and access to conduct our own raids, like the one against al-Baghdadi. Unfortunately, President Trump’s recent decision to abruptly abandon our most important counterterrorism partner in Syria, the Kurdish-majority Syrian Democratic Forces, has sent an unmistakably negative signal about US reliability and thus undermined this long-term strategy.

There are eighty-one members of the Global Coalition to Defeat ISIS, all of whom shared the goal of killing or capturing al-Baghdadi. Of course, not all of them possess military forces of any renown. But those who do were largely absent from the battlefield. And even some of our European allies who did send some forces couldn’t even be persuaded to take custody of their very own citizens after they were captured fighting for the Islamic State. Furthermore, Idlib, where Baghdadi was hiding, is surrounded to its north by Turkish forces and their proxies, and to its south by forces and proxies from Syria, Iran, and Russia, all of whom at least ostensibly are enemies of the Islamic State. And yet only US forces conducted the raid on al-Baghdadi. And this was not a surprise. Indeed, it would have been shocking to wake up and learn that any of the abovementioned militaries had done so.  Many in the region currently believe that the United States is in the early stages of strategic withdrawal from the Middle East. If that perception eventually becomes reality, Salafi jihadist terrorist groups will be the greatest beneficiary.

4. Despite the temptations to leak, policy makers must protect operational security.

Al-Baghdadi, like Osama bin Laden before him, seems to have understood both our methods and our limitations, so he reportedly made sure not to use electronics that can be tracked and also to surround himself with human shields to thwart a strike from afar. Nevertheless, our national security professionals were able to find, fix, and finish him. At moments like this when the media is especially interested in special operators’ tactics, techniques, and procedures, the risk rises that information might leak that could help future terrorists avoid al-Baghdadi’s fate. So it was unfortunate that the president decided to disclose so many operational details in his press conference that followed his announcement. Moreover, it’s not uncommon for the initial information received in Washington from such military actions to be mistaken, so all the more reason to avoid having policy makers pretend they are operators before the cameras.

One key way for elected and appointed policy makers to demonstrate their respect for our counterterrorism work is to refrain from overly politicizing it. President Trump, like all commanders in chief before him, deserves his fair share of the credit for making the final decision to send US forces in harm’s way, because he would be burdened with the entirety of the blame if the operation had gone wrong and our soldiers were being held hostage or coming home in body bags. And it is certainly reasonable for a president and his surrogates to remind his constituents of such decisions before they vote.

That said, we’ve fallen quite a long distance from the bipartisan days when Republican Senator Arthur Vandenburg insisted that “politics stops at the water’s edge” and cooperated with the Democratic President Harry Truman to advance our national interests. Indeed, today almost every aspect of foreign policy quickly becomes a subject for partisan wrangling, and an impeachment inquiry hinges on the question of whether the president undermined US national security objectives to seek advantages for his political campaign. However, over the years our counterterrorism work has benefited significantly because it has largely (but not entirely) been exempt from this politicization. It is critical but not preordained that this continue. Our counterterrorism successes are fundamentally victories for Americans as a whole, not solely for the supporters of the president in power when they take place. Previous presidents have struggled to strike an appropriate balance, but the degree of self-aggrandizement displayed in yesterday’s press conference was notably worrisome. Let’s hope it doesn’t continue.

William F. Wechsler is director of the Rafik Hariri Center and Middle East Programs at the Atlantic Council.  He was previously Deputy Assistant Secretary of Defense for Special Operations and Combatting Terrorism.