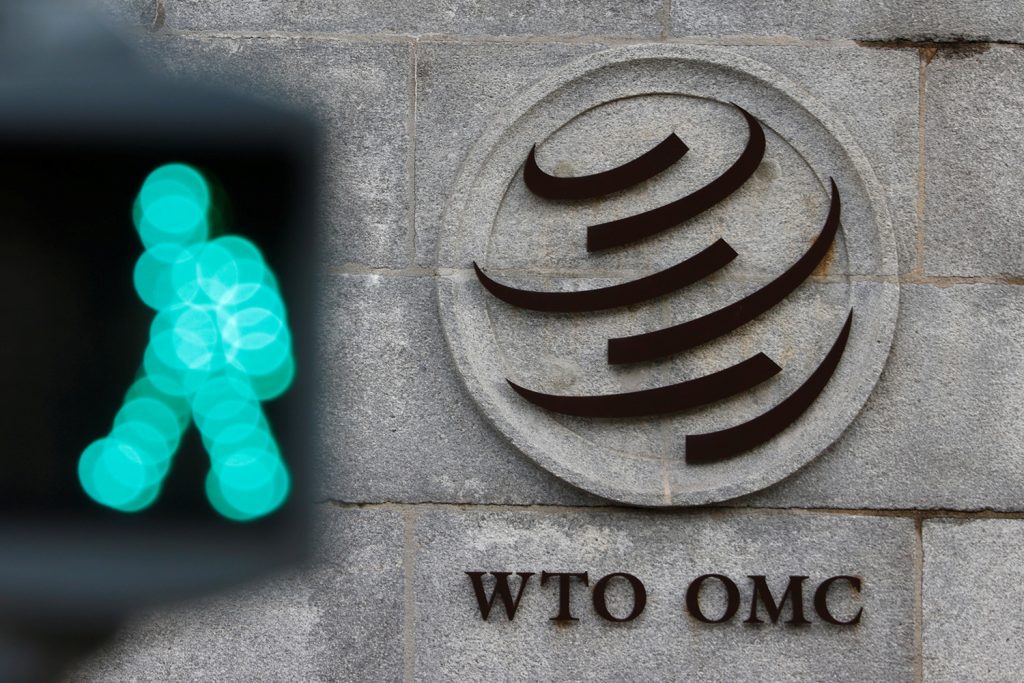 With a bit of luck, the World Trade Organization (WTO) will soon have a new director-general, who once in place will focus on opportunities to fix a broken dispute settlement system and restore confidence in the WTO’s negotiation process. The United States has blocked consensus on the leading candidate, Ngozi Okonjo-Iweala of Nigeria, but it appears that the incoming Biden administration will set an early change in tone towards the WTO by withdrawing its objection and joining a decision in favor of Ms. Okonjo-Iweala.

Good intentions are always important and new blood can be inspiring, but hopeful Member countries should be realistic about what a new WTO director-general can actually accomplish, beyond a formal facilitating role. Forward movement on any front requires initiative from its key Members, developed and developing alike, to find common ground and make the hard decisions needed to bridge gaps.

The dispute settlement system is in crisis due entirely to the current impasse over the WTO’s Appellate Body, which stands at the core of WTO dispute settlement—long deemed to be the most effective of any international organization. It is well known that the Trump administration rendered the Appellate Body non-operational through its refusal to agree to fill vacancies necessary to hear new appeals. This means that decisions of panels remain in limbo for those cases in which a losing party chooses to appeal “into the void,” notwithstanding the interim fix that a number of Members, including the European Union, China, Japan, Canada, and others have put into place. Ironically, even the United States took advantage of this loophole it created by recently appealing a WTO panel decision in favor of China.

The WTO has stumbled along like the proverbial drunken sailor for too long in negotiating new agreements, or new amendments to existing agreements. Soon after its creation in 1995, the future looked much brighter as WTO Members concluded groundbreaking disciplines, including optional plurilateral agreements with other like-minded countries to adopt rights and obligations that applied only to these nations and not the rest of the WTO Membership. What made these plurilateral agreements viable was the understanding that there can be a “critical mass” of committed countries willing to lead on innovative trade disciplines, without the need to worry about “free riders,” i.e., countries that only want the benefits of a trade agreement without committing to any obligations. The agreements on information technology products, telecommunications services, and financial services were the successful results of groups of WTO Members that were able to be creative and find new ways forward, even as other Members attempted to impede progress.

However, there persisted a near universal itch in those early years of the WTO to roll up a full range of issues into a new, comprehensive trade round. The consequence was an abandonment of a more incremental approach when WTO Members agreed to launch a huge new trade negotiating round at Doha, Qatar, in November 2001. Officials in Geneva and national capitals, including these two authors, were optimistic that this familiar form of negotiation, very much in the image of the Uruguay Round that led to the creation of the WTO, would produce the large number of trade offs needed to reach consensus in the hard areas of agriculture trade, tariffs, services, and development. What followed was early progress, then moments of high drama, and eventually a suffocating torpor across the full range of negotiations. That is when the true crisis in the WTO’s negotiating function emerged and set in.

Only once a fuller appreciation of this stasis had sunk into the collective psyche was the Membership ready to go back to the drawing board by focusing attention on several discrete achievable areas in order to reach new agreements. First, they concluded the Trade Facilitation Agreement in 2013, and two years later an agreement on agriculture export subsidies. Although these new agreements were very consequential milestones, they effectively eliminated the concept of the “single undertaking” associated with the Doha Round. Some developing country Members found it hard to accept that the Doha Round was no more, and the arrival of the Trump administration in 2017 cast new doubts on the ability of the Membership to pursue more creative approaches.

Important efforts are now underway to strike additional discrete agreements, such as on fisheries subsidies and digital trade, but a failure in leadership, not from the director-general but instead its key Members, has made bridging gaps and finding ways forward much more difficult. The United States under the Trump administration has seemed to toy with the idea of a big bang, in one fell swoop clearing out the ossification that has taken hold by picking existential battles. China on the other hand appears only interested in avoiding responsibility and ensuring that the WTO doesn’t stand in the way of its global rise. India and South Africa generally appear most interested in pitting developing countries against developed to ensure that no new energy can steer things in creative directions. The European Union and many others are earnest and well-meaning, but they lack the persuasive power to lead without the United States.

Hope springs eternal, however, and the current and longstanding crisis presents a moment for the WTO to focus on incremental progress, even if that means leaving some Members out of new agreements. The answer is certainly not a big new round to cover all the hard issues. That failed miserably the last time around. Instead, negotiations involving smaller groups that can eventually grow into larger ones, and can be nimble enough to negotiate on specific issues, hold the key to success, and might even be complemented by the occasional outcome that the full Membership can sign onto. This should be the time to usher in a new era of incremental progress, or the “piecemeal approach.” A Biden administration in the United States might come in at just the right time to spur efforts to put the WTO back on track, as it was in its first years.

Again, WTO Members should start by fixing dispute settlement. While some may argue otherwise, this is in fact a low-hanging fruit. If the United States were truly interested in playing ball to pursue meaningful reform, there appears to be widespread support in Geneva for restraining the Appellate Body’s inclination to legislate, through its decisions, new WTO rules. An early solution on dispute settlement would represent a significant WTO win and a sorely needed one.

There may also be an early opportunity on fisheries subsidies. Currently this leftover negotiation from the Doha Round is being undertaken by all Members, but prospects under this negotiating framework remain highly uncertain. It seems likely that the United States and other committed advocates for strong disciplines will not accept a lowest common denominator solution if that means no meaningful action to protect global fisheries. In this scenario, a smaller coalition of the willing in favor of high ambition could conclude a plurilateral agreement along the lines of the Comprehensive and Progressive Trans-Pacific Partnership (CPTPP) and the US-Mexico-Canada Agreement (USMCA). While some of the big transgressors would be left out, vocal support from non-governmental organizations could provide leverage for this being the true global standard, and a plurilateral agreement would offer a viable beginning for a broader effort to address harmful subsidies.

And what about China issues, particularly state intervention in the form of support for and through state-owned enterprises? There could be early support for building on obligations in the existing WTO Subsidies and Countervailing Measures (SCM) Agreement, but again it may require a high ambition group to lead the way, and to do so plurilaterally. This would mean being prepared to potentially undertake new disciplines despite a possible free rider problem, which admittedly may be difficult as countries provide new government support for relocating supply chains in the time of COVID-19.  Indeed, a central question that may create dissension among the leading advocates, such as the United States and the European Union, would be whether China needs to be at the table in order to commence these negotiations. On the one hand, China is viewed as the biggest problem in this area, but on the other hand, Beijing might effectively disarm efforts to seek ambition right from the start of a negotiation. Already, this kind of dynamic is playing out in ongoing plurilateral negotiations on e-commerce. While there is no simple solution to such a conundrum, remaining on the sidelines is not the answer. Leaders need to lead.

With an incremental approach, each negotiation would rise or fall on its own merits. There would be no “single undertaking,” which previously proved to be more likely used to hamper efforts to update the WTO rulebook than to help. The incremental approach does change the dynamics of trade-offs, but a well-prepared plurilateral approach can create a momentum of its own.

One area that may suggest a strictly multilateral approach and may have its own internal trade-off dynamics could be agriculture, although that remains a very hard nut to crack with prospects for substantial agreement more likely further down the road once the WTO has built new confidence by chalking up some early successes. With the demise of the Doha Round, there have been one-off respectable results on agricultural export subsidies and on the administration of legacy agricultural quotas. However, the hardest issues in agriculture—“domestic support” subsidies to producers and tariffs—have progressed very slowly in ongoing negotiations. A new strategy is needed, and patience is essential, as long as it leads to new opportunities to bridge gaps.

This is a vision that is realistic—certainly much more so than reconstituting a new, wide-ranging negotiating round akin to the Doha Round and Uruguay Round—although it is admittedly not a sure thing. It will still require true committed leadership, at least among a core group, which will have to include the United States. A Biden administration might be just what is needed to help move from vision to execution.

Stephen Kho is a partner at the law firm of Akin Gump Strauss Hauer & Feld LLP, and was formerly acting chief counsel on China Enforcement and associate general counsel at the Office of US Trade Representative, as well as legal advisor for the US Mission to the World Trade Organization in Geneva Switzerland.

The competing multilateral and national visions for the WTO and the global trading framework among members will need to be reconciled for the organization to be able to pick a new DG.

Image: The World Trade Organization (WTO) logo is pictured in front of their headquarters in Geneva, Switzerland, October 28, 2020. REUTERS/Denis Balibouse