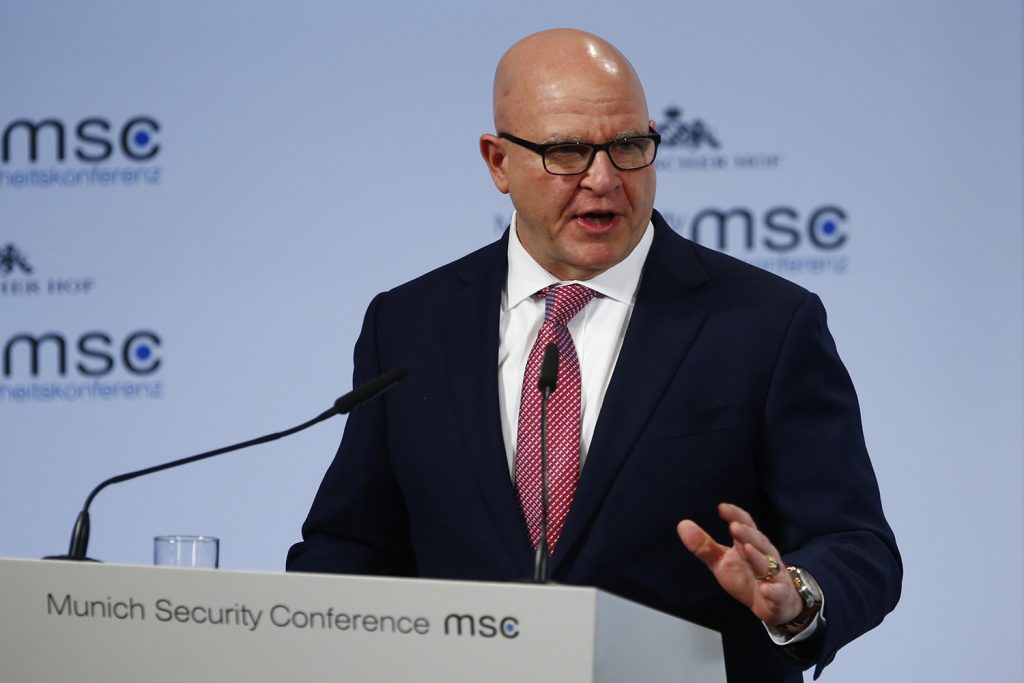 As Joe Biden develops his strategy toward China, he should be wary of the instinct to abandon competition with Beijing in favor of cooperation. That’s the advice Lt. General H.R. McMaster, former national security advisor to President Donald Trump, hopes the president-elect heeds.

Speaking with CNN National Security Correspondent Vivian Salama during an Atlantic Council Front Page event on November 24, McMaster warned the incoming Biden administration that China will attempt to demonstrate its willingness to engage with the United States on a range of international issues as the new US president takes office. “Don’t fall for it,” McMaster advised. Beijing has no real interest in cooperating with the United States on issues such as North Korea, climate change, and trade, he maintained, and it will use the breathing space engagement affords to strengthen its competitive edge economically, diplomatically, and militarily.

Here’s a quick look at what McMaster thinks the next US administration should do to push back against Chinese aggression, along with other advice the former national security advisor gave for US policy on Afghanistan, Iran, and the Middle East:

The dangers of cooperating for cooperation’s sake

The key to the United States’ competitive edge: Allies

Avoid past mistakes in the Middle East and South Asia

The Biden administration has made as one of its top priorities the reinvigoration of common cause alongside global partners and allies. Reversing current trends, however, needs to begin with an understanding of where US “no-shows” have been most significant.