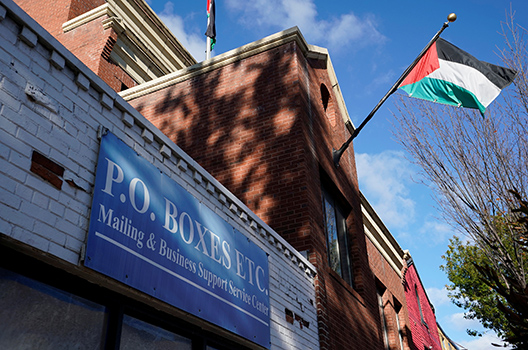 The decision by US President Donald J. Trump’s administration to close the Washington office of the Palestine Liberation Organization (PLO) is a symptom of a “completely dysfunctional and broken relationship” between the United States and the Palestinians, says Salam Fayyad, a former prime minister of the Palestinian Authority who is currently a distinguished statesman at the Atlantic Council’s Scowcroft Center for Strategy and Security.

The Trump administration’s decision was announced in a statement from the State Department as well as in remarks by senior administration officials on September 10.

In addition to closing the PLO office, US National Security Advisor John Bolton said that the United States would respond vigorously to any attempt by the International Criminal Court (ICC) to act on Palestinian calls to investigate the United States or Israel. The US response to such an investigation would include sanctions on ICC prosecutors, judges, and partner countries.

The closure of the PLO office, “if it were to materialize, is a symptom of a completely dysfunctional and broken relationship [between the United States and Palestinians], one that owes much of its escalation to the crisis mode it is in to the naive assumption that Palestinians were going to swallow being wronged by the administration’s profoundly damaging shift in longstanding US policy on Jerusalem and move on,” said Fayyad.

In an address to the Federalist Society in Washington, Bolton, on the other hand, maintained that “the Trump administration will not keep the [PLO] office open when the Palestinians refuse to take steps to start direct and meaningful negotiations with Israel.”

Bolton said that the closure of the PLO office “reflect[ed] congressional concern with Palestinian attempts to prompt an ICC investigation of Israel.” He strongly criticized the court for “welcom[ing] the membership of the so-called state of Palestine, [while] it has threatened Israel—a liberal democratic nation—with investigations.”

The decision to close the PLO office is seen by some as a reflection of the Trump administration’s growing frustration to secure a peace deal between Israel and the Palestinians—even as the administration is set to unveil its proposed “deal of the century.”

James Cunningham, a former US ambassador to Israel who is currently a nonresident senior fellow in the Atlantic Council’s South Asia Center, said that PLO office decision and warning to the ICC are “evidence of the direction the administration has decided to go in, which is to increase pressure on the Palestinians in the interest in getting them more receptive to engaging on a peace agreement with the Israelis.”

The PLO office in Washington, Cunningham explained, “was meant not to prejudge the outcome of the negotiation, but to provide a conduit for close consultation between the Americans and Palestinians—and I think that is a good thing.”

Fayyad argued that the closure will have a severe impact on the potential for new talks. “To now turn to this punitive measure, on top of the [Trump administration’s] recently announced funding cuts [to a United Nations Palestinian refugee assistance program], is extremely counterproductive. It also risks being highly destabilizing,” he said.

Palestinian officials have become much more reluctant to deal with the Trump administration due to Trump’s support for Israel and his high-profile and controversial decision to move the US embassy in Israel from Tel Aviv to Jerusalem, Cunningham said.

“Clearly the Palestinians have been in a rejectionist mode for some time as they have seen the terrain shifting in what they regard as Israel’s favor and they have seen the United States shifting on long-held positions—like whether the goal of a negotiation is a two-state solution or not,” said Cunningham.

Earlier this year, Palestinian Foreign Minister Riyad al-Maliki met with the ICC’s chief prosecutor to advocate for an investigation into Israel’s actions in the West Bank and Gaza Strip, including potential war crimes allegations against Israel Defense Forces in Gaza. The Palestinian Authority joined the ICC after gaining UN observer status in 2013. Israel is not a signatory of the ICC and its politicians have rejected claims that the court has jurisdiction over its activities.

Bolton roundly criticized the activities of The Hague-based ICC and threatened direct legal action against the court should it launch investigations into the United States or its allies—primarily Israel. The United States did not ratify the Rome Statute of the International Criminal Court that established the court in 2002.

Palestinian chief negotiator Saeb Erekat said in response to the September 10 announcement that the United States has “decided to stand on the wrong side of history buy protecting war criminals and destroying the two-state solution.”

While admitting that the closure “will certainly make it more difficult eventually for the United States to eventually talk with the Palestinians,” Cunningham added that “there are other avenues” for US-Palestinian talks and because “there is no sign that the Israelis either are really interested in a peace agreement at this time—and understandably so given the degree of chaos and disruption that exists in their neighborhood at this time.”

Although achieving a significant peace deal between Israel and the Palestinians remains one of the Trump administration’s top international priorities, it remains unclear if these latest steps will actually bring both sides to the table—or push them further apart.