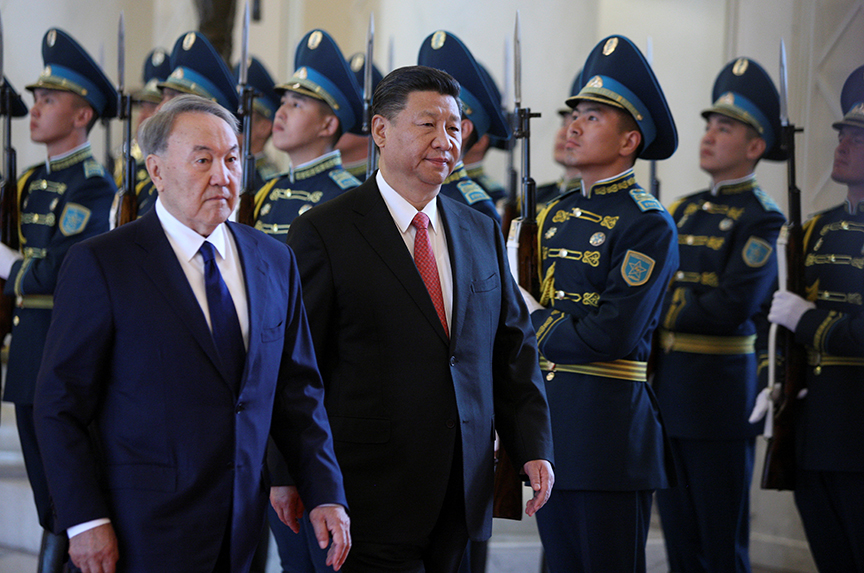 The Shanghai Cooperation Organization (SCO) summit and Expo 2017 hosted in the Kazakh capital Astana in June served to highlight important regional trends to which US policy makers should play close attention.

First, Eurasia is in the midst of a massive geopolitical realignment. This realignment, shaped by China and Russia, is centered on China’s One Belt, One Road (OBOR) initiative—a $3-trillion infrastructure project to which nearly seventy countries and institutions have signed up. Russia, meanwhile, is pushing forward with the Eurasian Economic Union (EAEU), which creates an integrated single market that includes Armenia, Belarus, Kazakhstan, Kyrgyzstan, and Russia.

The United States is not part of either the SCO, the security bloc jointly led by Russia and China, or the EAEU. Iran and Turkey, however, have expressed an interest in SCO membership. Iran is already working with Russia on North-South transportation corridors from Astrakhan on the Caspian Sea to Bandar Abbas on the Arabian Sea. Turkey, meanwhile, is crucial for a number of energy and transportation projects, including the Turkish Stream gas pipeline, the Baku-Tbilisi-Kars railroad, and the Sultan Selim Bridge that connects Asia and Europe. Iranian and Turkish membership in the SCO will further shift the balance of power in Eurasia away from the West.

The Obama administration unfortunately shunned the China-led Asian Infrastructure Investment Bank (AIIB) even as the United States’ Western allies rushed to join it. US President Donald J. Trump’s administration should not compound this error by shunning OBOR and Central Asia at a time when regional cooperation is deepening.

Second, this enhanced regional cooperation has produced a recent flurry of visits to Central Asia by heads of state and government creating a more productive environment. The Trump administration should seize this opportunity to reinforce the US-Central Asia (C5+1) framework, initiated by the Obama administration “to discuss and work on issues of common concern.” US Secretary of State Rex Tillerson should consider a visit to the region in the near term.

Besides the SCO summit, Astana is hosting Expo 2017, which runs until September 10. Kazakh President Nursultan Nazarbayev hosted his counterparts from Russia and China, Vladimir Putin and Xi Jinping, respectively, as well as Indian Prime Minister Narendra Modi. While the United States is represented at Expo 2017, no such high-level visit is in the offing.

Third, the OBOR is clearly not just about energy and infrastructure “hardware,” but also about the “software” of business services in which multibillion-dollar business opportunities exist. Once Expo 2017 is over, its campus will host a Future Energy Center for Green Technologies and Investment Projects, supported by the United Nations Development Program and Kazakhstan’s Ministry of Energy.

While Kazakhstan’s renewable energy production is currently low, it is developing wind and solar projects with the goal of meeting 30 percent of its total energy needs through renewable energy sources by 2050.

Kazakhstan is eager to take its place as the logical entry point to the EAEU and its 180 million consumers, and to China with its giant market. However, its main challenge goes beyond the fact that this remote nation needs to be transformed into an advantageous transit corridor. Kazakhstan also needs to move from being primarily an energy and minerals producer and exporter to becoming a post-industrial economy that is based on advanced manufacturing and services. The Astana International Financial Center (AIFC), a Kazakh government initiative led by Kairat Kelimbetov, will play a key role in this transformation. The AIFC will specifically play a crucial role in regional integration and as a source of capital for OBOR projects spanning from China’s Xinjiang province to the Black Sea.

The United States needs to be engaged in Eurasia for a number of reasons, including finding a way to bring peace to Afghanistan, preventing the spread of radicalization in Central Asia, availing of the opportunity to participate in OBOR, and addressing potential challenges posed by the SCO’s growth.

Russia and China may aspire to exclude the United States from the heart of Eurasia. However, the Trump administration should not just pack up and walk away. Eurasia is far too important and rich with economic opportunities to abandon. Packing up tents and leaving isn’t foreign policy.

Ariel Cohen is a nonresident senior fellow at the Atlantic Council’s Dinu Patriciu Eurasia Center and Global Energy Center. You can follow him on Twitter @Dr_Ariel_Cohen.