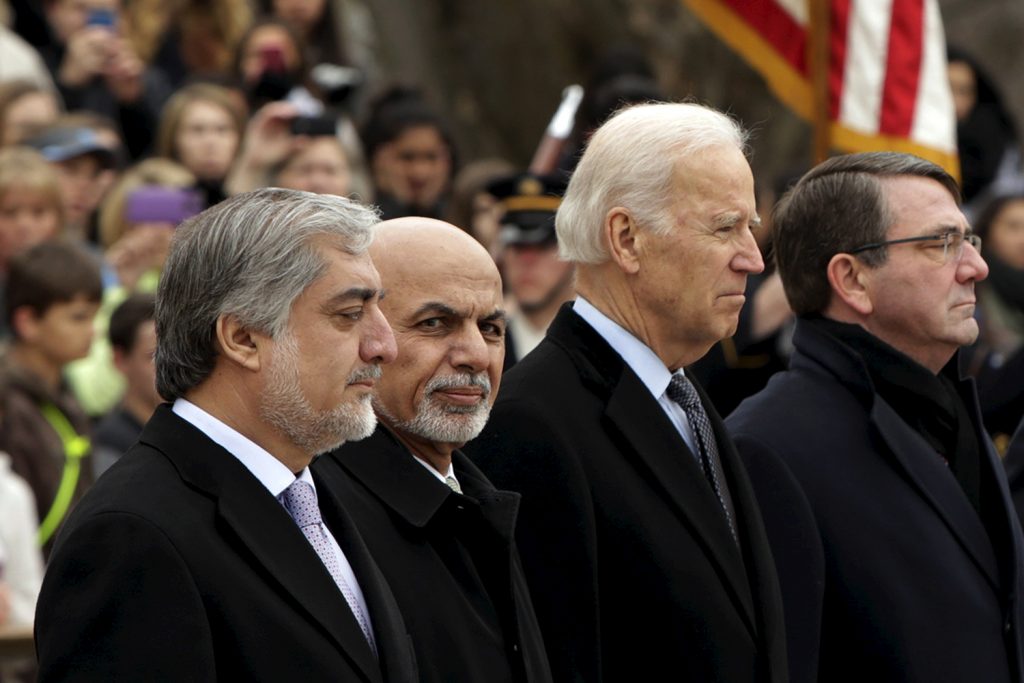 There is a powerful sense of déjà vu in Afghanistan and Greater South Asia as President-elect Joe Biden prepares to assume the presidency. Just like his two predecessors, Biden and his new administration have promised to transform US policy in South Asia and find a resolution to the decades-long conflict in Afghanistan. President Barack Obama had his good intentions swallowed up by the quagmire, while President Donald Trump failed to live up to his promise to bring the troops home, and instead eviscerated the US State Department and failed to coalesce the different branches of government to develop innovative approaches to the interminable conflict. With the Taliban feeling increasingly emboldened, President-elect Biden must adopt a new and more practicable strategy for the region that is not based solely on military and security compulsions, but includes future-oriented economic and political plans, working with international organizations and partners to achieve common goals.

Biden brings to the presidency not only extensive personal experience, an inclination to work with partners, and the deepest foreign policy bench in recent memory, but also a consistency and predictability in decision-making that has been missing from the White House during the past four years. To be successful in South Asia, however, Biden will need to commit to a new approach to the region, rather than just a replay of the unsuccessful attempts of his predecessors.

After decades of war, the American people are justifiably tired of the conflict in Afghanistan and much of the attention in Washington has focused on how to pull the United States out of the region. But a new approach that combines economic assistance and maintains some form of security assistance can help the United States build stability in both Afghanistan and the Greater South Asia region. This has been the most effective approach in the past: investing directly in the people of a country, rather than relying on the cooperation and success of corrupt and self-dealing political and military leaders.

Certain principles will guide this fresh approach. First, the United States cannot go it alone, but rather needs to agree to a set of clear and consistent longer-term goals for the whole region with its partners. Second, Washington must not rely solely on military power to resolve this conflict. The new administration must put more emphasis on the economic needs of the region and harness the efforts of the Departments of Defense, State, and Treasury to come up with a whole-of-government approach. Third, the United States must leverage its strength in multilateral agencies, like the World Bank, the Asian Development Bank, and the International Monetary Fund (IMF), to maximize the benefits of economic aid and lessen the direct burden on US taxpayers. This will also shift the focus away from the Group of Seven’s Financial Action Task Force that monitors money laundering and terror financing, which has been seen as overly punitive by regional actors like Pakistan.

This new approach would be similar to the one that helped rebuild the centrally-planned economies of the former Soviet Union in the 1990s, when the European Bank for Reconstruction and Development, the European Community, the World Bank, and the IMF joined hands to rapidly change the economic and political map of Eastern Europe. I was part of that effort which included setting up a joint training center in Vienna to rapidly bring key staffers in the newly emerging economies up to speed on market economics. Similar programs would allow the revitalization of regional trade routes as a subtle counterweight to China’s massive One Belt, One Road initiative. But success will also depend on stability. The US commitment to maintain a military presence in Afghanistan for fourteen months, made as part of the February deal with the Taliban, needs to be extended for at least five years to allow the country and the region to regain its economic footing.

President-elect Biden brings his own deep experience in the region and on the Hill to this task. But, just as he was President Obama’s emissary of President Obama to Capitol Hill and partners in Greater South Asia, he will need a similar advocate to build new partnerships. In Congress, Biden will need cooperation from not just the Senate but also key House committees like Foreign Affairs, Armed Services, and the Select Committee on Intelligence. The new president should also revive some of his Republican contacts in the Senate to build support for his efforts. Even Senator Lindsey Graham (R-SC), who relished his role in Trump’s inner circle, could be encouraged to come back to his shared objectives with Biden on Afghanistan and Pakistan. Both of them have strong ties in these two countries as a result of frequent visits over the years.

Beyond the immediate challenge of Afghanistan, India will continue to remain the top regional priority for economic and defense purposes. Despite Prime Minister Narendra Modi’s close embrace of President Trump, the new US administration will need to find a way to support India as it faces an aggressive China in the Himalayas. India’s clout as a major global arms importer and its potential as a market for US goods and services means it will remain an attractive ally, even in the Indo-Pacific where its goals may differ from the United States. Yet, President-elect Biden and Vice-President-elect Kamala Harris have criticized India for its actions in Kashmir, arguing that the government needs to grant Kashmiris greater freedom and choices. This may rankle their Indian partners, but should not jeopardize closer partnership.

Iran will need to be brought back to the negotiating table on its nuclear program, incentivized by carefully monitored easing of sanctions. Getting a positive outcome from the talks with Iran can also help improve the situation in Afghanistan, as Tehran could be a major stabilizing force in western Afghanistan. Simultaneously, the removal of the threat of US sanctions related to Iran could prompt the reopening of trade and oil and gas links between Iran and India and Pakistan, and remove an irritant in the US-China relationship. Again, economics holds the key, but these potential US concessions need to be tied to verifiable results on the ground.

The new administration must also understand that South Asia remains one of the least inter-connected regions of the world in terms of travel and trade. The United States should seriously consider activating and supporting a “New Grand Trunk Road Initiative,” which would link Kabul to Dhaka with new and improved infrastructure and remove trade barriers. Improving this ancient cultural, political, and economic highway would boost local investments and calm regional tensions. The initiative would build co-dependencies and provide a win-win situation for all countries by giving them access via Afghanistan to cheap energy from Turkmenistan and Tajikistan. The Asian Development Bank has already invested in planning for these infrastructure projects and this initiative could become part of a major Afghan tributary for the China-Pakistan Economic Corridor. Projects like these are a much more effective way to confront China’s expansion of influence in the region, rather than focusing purely on military means.

At a practical level, the new administration will need to rebuild the US State Department and especially the South and Central Asia Bureau. It could begin by appointing a permanent assistant secretary of state for South and Central Asia, and reconsider the ambassadorial appointments to the region so that full-time and highly qualified ambassadors with powerful links to the White House can help transform the relationships. At the White House, the National Security Council staff could benefit from the presence of a designated deputy secretary at Treasury to be the point person for the region at key meetings. These moves will help coordinate US policy so it speaks with one voice across the region.

None of this will be easy or quick. But with clarity of purpose, the United States can rebuild trust and respect with countries in Greater South Asia. In the process, Washington can lay to rest the unsuccessful reliance on military relationships that have failed to end the conflict since 2001. As Biden takes the reins, he must be prepared to chart a new course, rather than simply following his predecessors’ failed path.

Shuja Nawaz is a distinguished fellow in the Atlantic Council’s South Asia Center, having been its founding director from 2009-2014. His latest book is The Battle for Pakistan: The Bitter US Friendship and a Tough Neighbourhood (Penguin Random House 2019, Liberty Books, Pakistan 2019, and Rowman and Littlefield 2020). His previous book, Crossed Swords: Pakistan, its Army, and the Wars Within (2008 and 2017), is currently being reprinted by Oxford University Press. See www.shujanawaz.com.