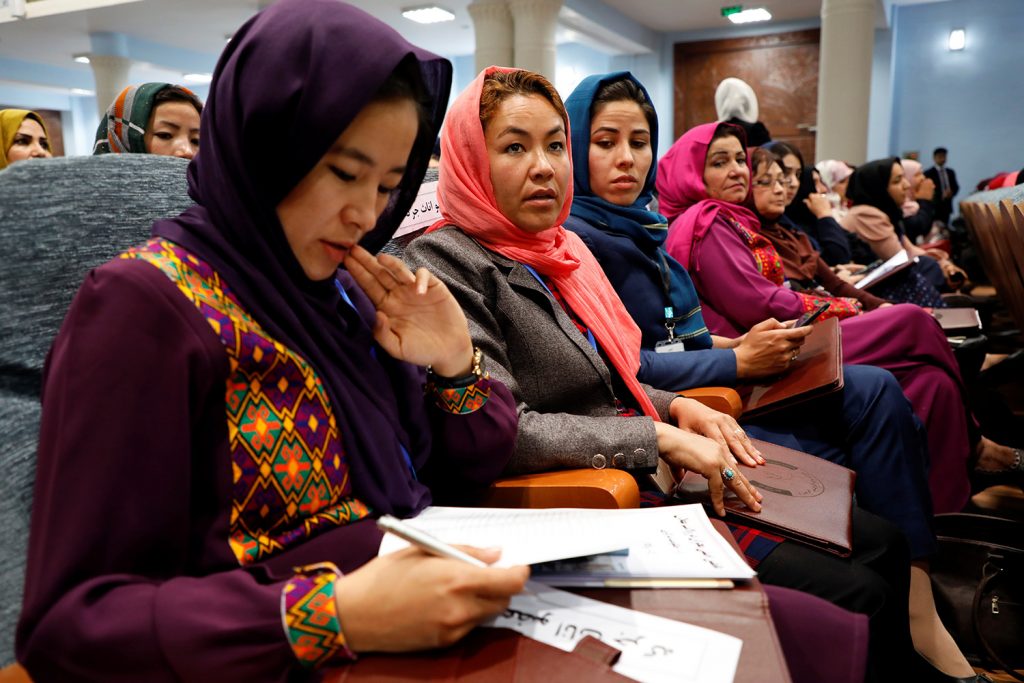 As negotiations between the Afghan government and Taliban on a potential peace deal continue in Doha, Qatar, Afghan women are working to ensure that they are not forgotten in any settlement. Once Afghan women “figured out [that] they were being sidelined by the Doha talks,” First Lady of Afghanistan Rula Ghani said on October 28, “they really have made their voices heard and protested very clearly.”

The progress Afghan women have made in the years since the fall of the Taliban regime could be at risk, Ghani continued, should the Taliban be given too much power as part of a peace settlement. “Don’t get me wrong: Afghan women want peace,” she clarified. “We all want peace. Who wouldn’t after living for forty years in such a situation of insecurity and violence at every corner? But we don’t want peace at any cost.”

In addition to Ghani, the Atlantic Council Front Page event also included remarks from former US First Lady Laura Bush, who warned that Afghanistan remains “a very fragile democracy and there are a lot of people—the Taliban obviously—that would rather take over and have [Afghanistan] be like what it was before: a failed country.”

Here’s a quick look at what Ghani and Bush said about the prospect of a settlement with the Taliban, the progress Afghan women have made, and what the future may hold for Afghanistan:

Women are sending a message that there’s no going back

A continued role for the world