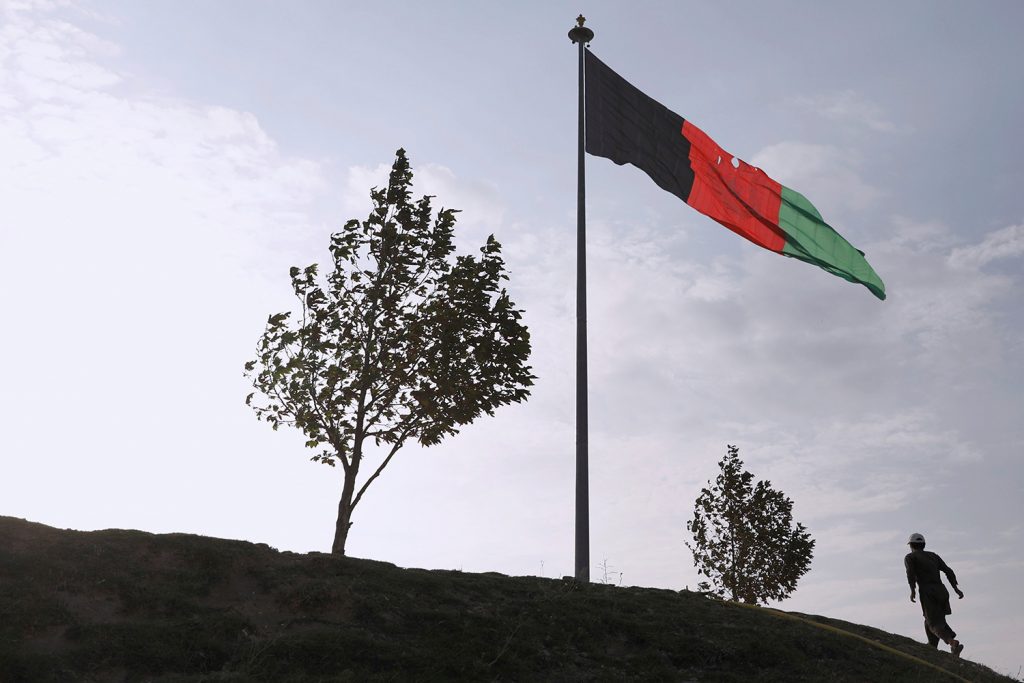 US President Donald J. Trump’s October 7 tweet saying that all US troops will return from Afghanistan by Christmas threatens the prospects for success in the first serious Afghan to Afghan peace negotiations in forty years, now taking place in Doha, Qatar.

If confirmed, a premature US withdrawal would tip the balance toward the Taliban, who are still waging war across Afghanistan. It would undermine our Afghan partners and have a terrible impact on Afghan women.

US national security would be undermined leaving the United States with less leverage to assure that the Taliban will keep commitments—especially their promise to prevent Al-Qaeda and other international terrorists from using Afghanistan to attack the United States.

The surprise presidential tweet undercuts the credibility of the United States with partners and allies. It appears to have been made without prior consultation with allies fighting with us, suggesting that the United States would abandon agreements made abroad for short-term domestic political calculations. It would badly damage the international support which the United States has worked so hard to build around a sustainable Afghan peace process.

Consistent with the South Asia Strategy enunciated by President Trump himself in August 2017, the US agreement with the Taliban is supposed to be conditions-based. Specifically, through repeated public statements by the Secretaries of State, of Defense, and Special Representative Ambassador Zalmay Khalilzad, the US administration has underscored that we will not withdraw from Afghanistan until the Taliban has demonstrated its good faith by abiding by the terms of the agreement in a manner that protects US and allied security equities in Afghanistan. Administration officials have admitted in Congressional testimony that the Taliban is not yet fully compliant with its counterterrorism commitments. Yet, remarkably, the president’s tweet seems to have the United States rushing to withdraw troops without achieving its stated goals and well ahead of the final May 2021 deadline.

An accelerated withdrawal will effectively mean abandoning the fruits of two years of determined US diplomacy with the Taliban, Afghan partners in Kabul, our allies, and regional and international partners to get the Afghan parties to the negotiating table. The US diplomatic effort has orchestrated an opening which many thought highly unlikely, and which will need much nurturing and tending as the parties try to bridge major differences.

Important in this context are the words of Pakistan’s prime minister, whose country has long sheltered the Taliban. In a September 26 Washington Post op-ed he said: “All those who have invested in the Afghan peace process should resist the temptation for setting unrealistic timelines. A hasty international withdrawal from Afghanistan would be unwise.”

In spite of President Trump’s persistent interest in quickly pulling out of Afghanistan, many in and out of the US government have worked to persuade him to stay the course and assure a sustainable peace. Still the impact in Afghanistan of this surprise tweet should not be doubted. As one Afghan official wrote privately to one of us: “people were talking about waking up to a tweet like this … How serious is this? Is it a decision or not? How was the decision made? Was there any consultation? It does undermine the conditionality and will impact the dynamics in Doha…”

Many in the United States and around the world have similar questions. Speeding withdrawal is highly irresponsible while the Afghan negotiations in Doha are still grappling with initial issues and have not gotten to the real substance of negotiations. After decades of fighting, it is not realistic to believe that these issues will be resolved quickly or without the ability of the United States and other partners to exert leverage in Afghanistan.

A key element of the US-Taliban agreement is a commitment to reduce violence as a means to create favorable conditions for the ongoing peace talks. Lamentably, the Taliban has so far ignored this commitment and in the past several months has actually heightened the tempo and intensity of its military campaign against the Afghan security forces. At present, there is no indication of a serious Taliban interest in implementing a ceasefire. Indeed, if the United States accelerates its departure, the Taliban will be even more tempted to just wait, by stalling the talks until the United States completes its withdrawal. Once the United States and its allies have departed, the Taliban is likely to further intensify its military campaign and potentially seek a military victory.

In addition to undermining US security, those who will pay the biggest price for a premature US withdrawal and effective abandonment of the nascent peace process are the women of Afghanistan and the millions of younger Afghans who have grown up over the last nineteen years. They are the ones who will suffer terribly with a Taliban victory.

Recall that the Taliban are effective combatants, but they are not popular in Afghanistan, as evidenced every year by the Survey of the Afghan people. What is popular is achieving peace.

We all agree that US troops should be out of harms way as soon as possible. Already, however, Afghan government forces are on the front lines of the fighting. The United States should not undermine the important progress that the combination of US diplomacy and military steadfastness, working with allies and friends, has yielded in getting Afghans to the negotiating table and putting the Taliban on the spot to become a more responsible actor against terrorism.

We urge that US troops not be withdrawn by Christmas or until conditions on the ground assure that US security objectives in Afghanistan are guaranteed through a political settlement and a sustainable peace—a peace that honors the sacrifice of America’s brave men and women.

Ambassador Richard Olson was US special representative for Afghanistan and Pakistan (2015-2016) and previously served at the US Embassy in Afghanistan (2011-2012) as well as US ambassador to the UAE and to Pakistan.

Ambassador Earl Anthony Wayne, was US deputy ambassador to Afghanistan and coordinating director for development from 2009-2011. He is also a nonresident senior fellow in the Atlantic Council’s Global Business and Economics Program.

Will Ghani’s plan for peace in Afghanistan work?

“What has been done so far is good enough, but what matters now is to address the underlying challenges the process faces ahead,” Javid Ahmad says. “This includes the continuing concerns regarding the lack of a meaningful intra-Taliban consensus to negotiate peace, one likely to upset the upcoming process should the Taliban make unreasonable demands to please their hardliners.”