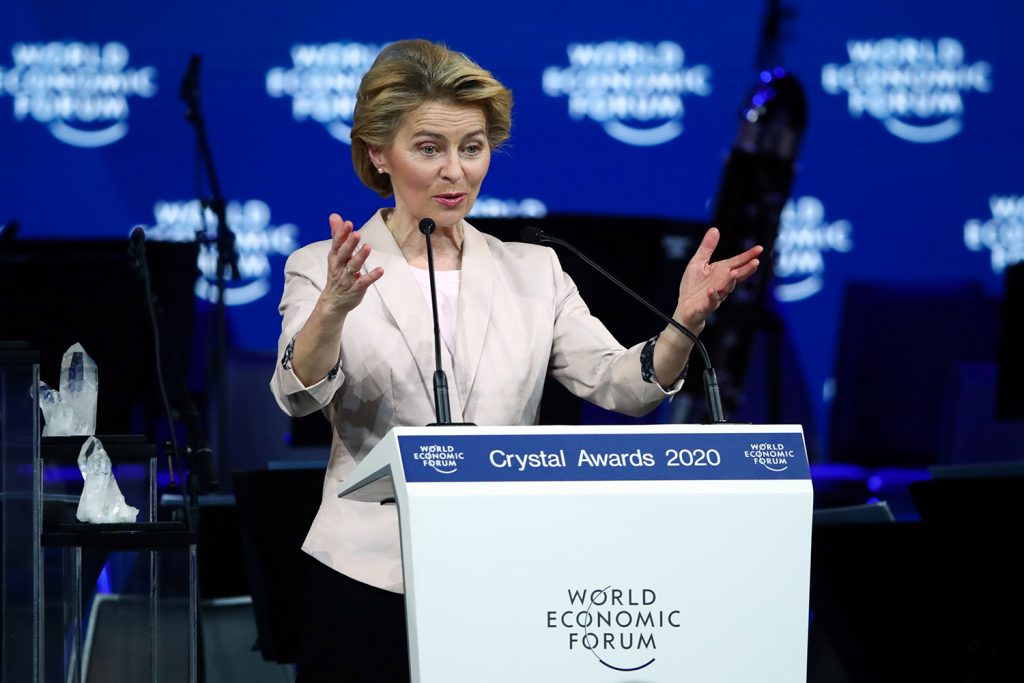 This is a welcome initiative, but it is not entirely new. My Atlantic Council colleagues and I have been recommending since 2018 that EU and US trade negotiators focus on services and technology. The previous Commission leadership (particularly Trade Commissioners Cecilia Malmström and Phil Hogan) made quiet but important progress on technical issues even as the EU increased its strategic trade relationship with China. Heated rhetoric regarding hot-button issues like 5G, steel subsidies, and the Iran nuclear deal obscured important substantive commitments between the EU and China that reflected shared transatlantic strategic interest regarding constraints on forced technology transfers.

After nearly a decade of failed attempts to generate forward traction on a free trade framework with the United States, 2020 may well be the year that progress is achieved. Broad geopolitical factors and mutual interests are pushing the Atlantic community to identify areas of agreement despite deep and bitter ideological differences. Specifically, the rapid acceleration of the digital economy and geopolitical realignment associated with Brexit both suggest that 2020 will provide opportunities for engagement and agreement that have not existed in the recent past.

Transatlantic policymakers should not waste this opportunity to redefine the transatlantic relationship. Leaders looking for traction should learn from the recent past and chart a different trajectory this year.  In particular, they should acknowledge that different interests exist, focus on economic areas where interests align well, and pragmatically maximize efforts to align commitments.

Divergent interests: Acknowledge and move on

The touchstone for the transatlantic community for decades (before, during, and after the Cold War) has been to posit shared interests. This sets up a troublesome dynamic. When different interests and policy priorities emerge, policymakers start to question the foundation of the transatlantic relationship. The reality is that European and US interests have frequently diverged. Policymakers in Washington, Brussels, and national capitals must start their latest round of talks with an acknowledgement that policy interests can—and will in the future—diverge.  In a “Distributed Age” where centralized structures become increasingly archaic and cumbersome, a modern transatlantic trade relationship cannot be built on the premise that policymakers must agree with each other.

Consider the recent failure of the Transatlantic Trade and Investment Partnership (TTIP) which was launched with high hopes and optimism but was inconsistent with reality. European negotiators mistakenly believed that a White House friendly to European environmental, social, and labor views and concerned about a rising China would agree easily to a range of technical regulatory and legal issues that have long stymied transatlantic trade agreement, particularly regarding agriculture. At the same time, US regulators, mistakenly believed that a Europe facing a resurgent Russia and internal economic crisis would be impelled to concede on many of those same hot button issues. Neither side realized that foreign policy is no longer the driver of transatlantic economic policy harmony.

When it became obvious that interests were misaligned regarding regulatory sovereignty, government procurement, phyto-sanitary, and genetically modified organisms GMO) standards (and many other issues), the talks collapsed. Policymakers on both sides of the Atlantic have since been mired in introspective disappointment, often wondering whether divergence is the new normal.

A better way forward exists. Rather than begin with unrealistic expectations that transatlantic harmony necessarily requires agreement, policymakers this time should start by acknowledging that a post-Brexit EU will have different interests and policy priorities. When disagreements arise, they will not be disastrous to the broader relationship nor will they serve as a roadblock to trade policy progress in discrete areas where interests are aligned.

The first best opportunity to align interests is in the digital economy arena. As the 2019 World Trade Report (published this month) indicates, the growth in IT services trade over the last decade has been dramatic and shows no sign of deceleration. In fact, rapid advances in blockchain and analytical automation from machine learning and artificial intelligence suggest we are on the cusp of another significant wave of innovation and growth which will change much of what we know about supply and demand functions even as they facilitate more inclusive growth opportunities globally.

Transatlantic policymakers share a deep strategic interest in facilitating frictionless movement of ideas and services through electronic channels. The vast majority of the cross-border transactions recorded in the chart above from the World Trade Organization occur at present between the United States and Europe (including the United Kingdom).

More inclusive economic growth sparked by technology will diversify economic ties globally. Enhanced and better distributed economic growth is good for the planet, but over time it could shift policy priorities away from the transatlantic arena. If policymakers in Brussels, Washington, and European national capitals seek to preserve digital economy standards that reflect classic Western liberal values (e.g., the rule of law, respect for the individual, free markets, and human rights), the time is now to identify specific areas of agreement and move forward quickly without being held back by decades-old disputes regarding agricultural subsidies, government procurement, and chlorinated chicken.

Another of the many reasons why the TTIP talks failed was a zero-sum-game approach to negotiations. Trade negotiators positioned specific high-profile issues as symbolic “victories” that validated their respective ways of life. This strategy backfired, making compromise harder to reach while increasing irritation.

Commissioners Malmström and Hogan as well as the team at the United States Trade Representative in the last two years have been taking a more pragmatic approach. By identifying specific individual issues where agreement was achievable, these confidence-building activities generated concrete but quiet results.

This playbook now needs to become the cornerstone for the next round of talks. Real progress regarding trade in energy products (particularly liquified natural gas) will generate real and lasting adjustments in the balance of power in Europe by counterbalancing and diversifying Europe’s energy supply chain in the near-term. Parallel progress regarding transatlantic trade and technology with respect to renewable energy will provide new foundation for an energy relationship through the 21st century.

Transatlantic trade negotiators start 2020 with a fresh opportunity to reinvent and reinvigorate the cross-border economic ties that have served over 600 million people well over the last few decades.  They should not waste the opportunity by squabbling over old issues.

Barbara C. Matthews is nonresident senior fellow at the Atlantic Council.  She is also Founder and CEO of BCMstrategy, Inc., a start-up company that uses patented technology to quantify public policy risks and anticipate outcomes. Matthews as served in senior positions within government on both sides of the Atlantic, first as senior counsel to the House Financial Services Committee and then as the first US Treasury Attache to the European Union with the Senate-confirmed diplomatic rank of minister-counselor.