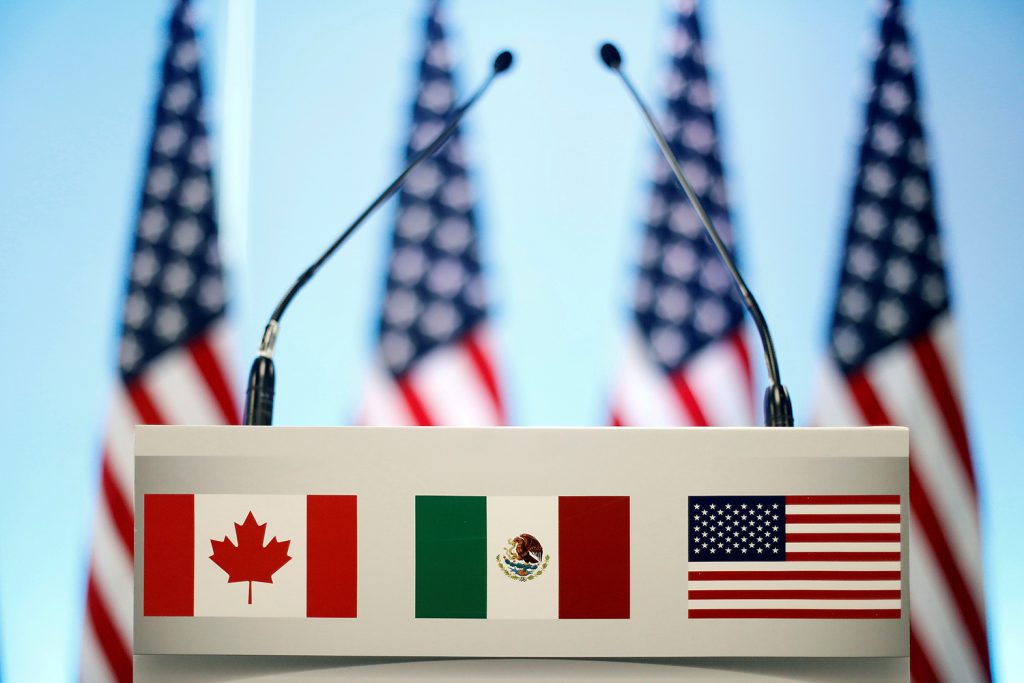 The USMCA’s digital trade chapter has received far less media attention than the environmental and labor issues. This is unfortunate since the foundation for modern, developed economies is being built around global value chains with digital services trade at their core. Indeed, as discussed here and here recently, the majority of value and economic growth in the US economy is actually driven by services. These services generate voluminous amounts of data, as do a growing array of physical items such as automobiles, refrigerators, and thermostats.

The strategic importance of digital trade generally and data specifically has been part of the trade policy discussion for years both in Geneva (through the long-running negotiations on the Trade in Services Agreement or TISA) and in national capitals. These are not new issues. While TISA negotiations languish, the US Trade Representative (USTR) has been moving forward methodically and strategically.  Ten different free trade agreements (FTAs) have been executed since the turn of this century with significant digital trade chapters.  As noted in this blogpost for the Washington International Trade Association earlier this year, multiple US administrations have held firm on two key principles for digital free trade: (i) zero tariffs/customs duties; and (ii) non-discrimination for all digital products.

More recent agreements include requirements for digital authentication of trade documents (which opens the door for widespread adoption of blockchain-powered smart contracts and bills of lading), consumer protection, and prohibitions on data localization requirements.

Digital trade in the USMCA

The USMCA digital trade chapter breaks new ground and sets a foundation for future negotiations. The standards in that chapter will create challenges for European counterparts not just in the European Union but also affiliated European nations like Switzerland and the United Kingdom. Some of the main components of that chapter include:

Many of these conditions could easily be seen as addressing ongoing tensions with China. But the provisions will soon become US law as part of the USMCA implementing legislation. They go far beyond the discussions in Geneva regarding the TISA and they will certainly be finalized long before the TISA negotiations have concluded.

Classic transatlantic trade tensions regarding agriculture and automobiles will likely continue to dominate headlines and political capital in the near-term. But the real foundation for a solid 21st century economic integration framework for a “Distributed Age” must be forged in the details regarding digital trade. USTR and its global counterparts understand this. The challenge is that on many of these issues, perspectives differ significantly between the United States and its largest trading partners.

A new Commission is now in place in Brussels. The first two years of a new Commission create real opportunities to advance strategic agendas and lay out bold visions for the future. Policymakers in Brussels should consider carefully the digital trade chapter of the USMCA to identify strategic points of convergence and key divergences that require discussion. Early and detailed discussions now will lay the foundation for solid agreements in the medium-term.

Non-EU powerhouse economies in Europe like the United Kingdom (which seems to continue to barrel towards Brexit as of this writing) and Switzerland should also consider carefully the digital trade chapter. Identifying quick strategic wins not only through FTA frameworks but also through intermediate trade tools (like trade facilitation agreements and memoranda of understanding) may facilitate the free flow of data and digital goods that can create faster growth and deeper cross-border economic integration. Where strategic divergences exist, these nations will likely engage in strategic trade diplomacy, shuttling between Brussels and Washington as well as Geneva, to craft the next set of trade policy standards.

Barbara C. Matthews is nonresident senior fellow at the Atlantic Council.  She is also Founder and CEO of BCMstrategy, Inc., a start-up company that uses patented technology to quantify public policy risks and anticipate outcomes. Matthews as served in senior positions within government on both sides of the Atlantic, first as senior counsel to the House Financial Services Committee and then as the first US Treasury Attache to the European Union with the Senate-confirmed diplomatic rank of minister-counselor.

With bipartisan support, USMCA “can stand the test of time”

“It is absolutely crucial for USMCA to be ratified with bipartisan support, and hopefully by including the Democrats in the process it will be an agreement that will serve the interest of all three countries for years to come,” said Jason Marczak, director of the Adrienne Arsht Latin America Center.

US-China trade war reaches a pause, but still a long way to resolution

While the current trade war pause is good news for many concerned about a damaging escalation in tensions between two of the world’s most important economies, there remains a long road ahead before either Beijing or Washington is ready to fully commit to trade peace.

Image: The flags of Canada, Mexico and the U.S. are seen on a lectern before a joint news conference on the closing of the seventh round of NAFTA talks in Mexico City, Mexico March 5, 2018. REUTERS/Edgard Garrido/File Photo