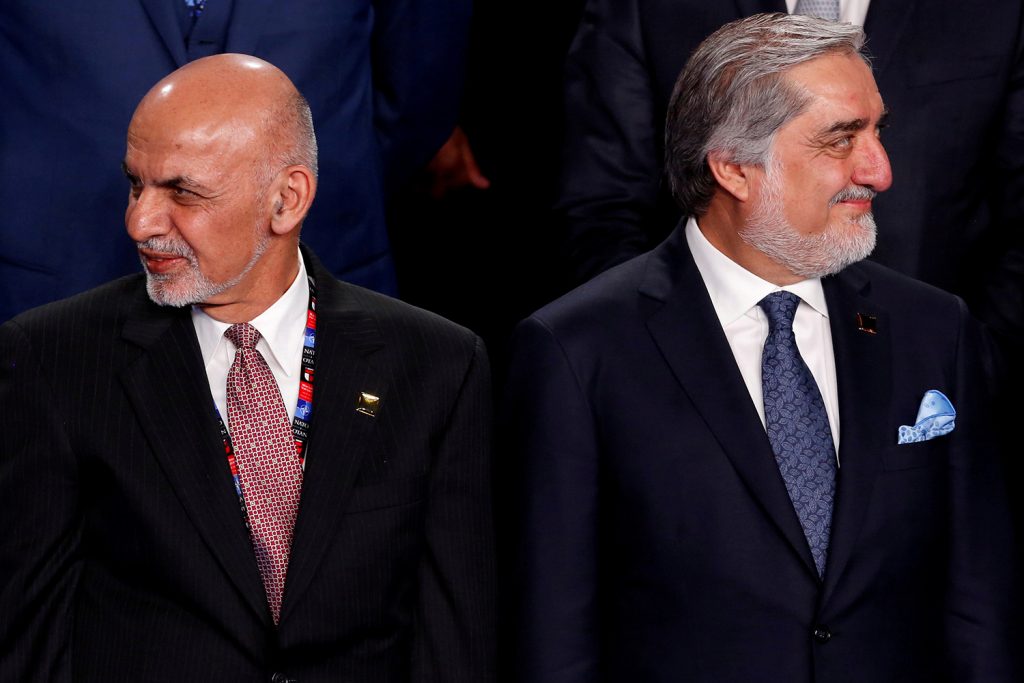 On March 23, US Secretary of State Michael Pompeo announced a $1 billion cut in immediate aid to Afghanistan this year, and potentially another $1 billion in 2021, following a meeting in Kabul with Afghan leaders. Pompeo met with Afghan President Ashraf Ghani and former Afghan chief executive Abdullah Abdullah in an attempt to mediate between the two rivals. Recent weeks have seen Afghanistan politically paralyzed with both Ghani and Abdullah setting up parallel governments in Kabul, after both claimed victory in the September 2019 presidential elections. Secretary Pompeo attempted to push the Afghan government(s) towards talks with the Taliban and failed.

Pompeo’s announcement comes a month after the United States-Taliban peace deal and days after the Afghan government and the Taliban moved closer to dialogue after agreeing to a partial prisoner exchange at the end of this month. The announcement isn’t the only thing jeopardizing the United States’ landmark deal with the Taliban and hopes for a clean exit from Afghanistan. Political division in Kabul following the disputed presidential election in 2019 may also risk upending the negotiation plans. However, as both Ghani and Abdullah blame one another for failing to resolve the feud, the novel coronavirus (COVID-19) pandemic looms over Afghanistan. And at a time when world leaders are curtailing official travel, the Trump administration is curtailing foreign aid, defunding Afghanistan as an early parting gift.

Atlantic Council experts analyze the current situation in Afghanistan and the growing conflict between Washington,  Kabul, and the Taliban:

“The United States risks losing the peace in Afghanistan by adopting a transactional approach in dealing with the Afghans. It needs a regional economic development plan to assure Afghans that it will remain engaged in their development and regional trade. That rather than punitive actions would incentivize good behavior.”

James B. Cunningham, nonresident senior fellow in the South Asia Center and former US ambassador to Afghanistan:

“Secretary Pompeo’s statement was tough and clear. I and many others who support our engagement in Afghanistan have long emphasized that President Ghani, Dr. Abdullah, and Afghanistan’s entire political class bear the responsibility for forging agreement on a way forward for Afghanistan. That should begin with the recognition of President Ghani’s re-election and in turn, of the need, in Secretary Pompeo’s words, for an “inclusive government that can meet the challenges of governance, peace, and security, and provide for the health and welfare of Afghan citizens.” That is a heavy lift for all of Afghanistan’s leaders, but it must be achieved by them for the sake of the Afghan people at this historic juncture. Afghanistan is indeed at a crossroads, and as I observed a month ago, it is urgent that Afghan political leaders overcome their disputes. That is the crux of Pompeo’s message. It is to be hoped that he was as direct in private with the Taliban about the need to further reduce violence and to engage with the Kabul government. There is still little if any sign that the Taliban are serious about peace on terms the Afghan people and the international community would accept.”

“Secretary Pompeo’s extraordinary visit to Kabul and the subsequent threat of aid cutoff, at a time when the world is consumed by the coronavirus fallout and inherent risks, is an indication of American frustration with obstacles that threaten the Afghan peace process and American disengagement.

“Having recently signed an agreement with the Taliban that stipulates prisoner releases, intra-Afghan talks, a ceasefire ,and, eventually, a political accord, the current political gridlock in Kabul over election results and political legitimacy is seen as a stumbling block.

“Unable to resolve the dispute, the administration sent a clear message that it would reduce Afghan aid by $1 billion this year if the two contending leaders do not agree on working together as part of a unity government. The ball is now in Kabul’s court. Either brinksmanship will lead to more divisions and a deepening crisis or they will agree to a fair power-sharing formula that can help resolve the outstanding issues and concentrate attention on the peace process governance priorities, including managing coronavirus and the socio-economic consequences.”

“The slashing of $1 billion in American support to Afghanistan over the political impasse that threatens the US-Taliban deal is unlikely to affect the basic functions of the Afghan government, but it will exact a toll on some keys sectors that consume the bulk of the Afghan budget. Even though the aid cut is still under review, the most likely casualty of the cut appears to be the security sector and likely pressure the Afghan government to extract more resources from an austere economy. For now, Afghanistan’s $8 billion in cash reserves together with reductions in security expenditures are likely to provide a short-term cushion as Afghan leaders make another attempt to break the political impasse, permitting the United States to reverse the decision. Because US cash follows its troops, Washington’s decision to cut $1 billion in aid signals America’s growing frustration with the Afghan campaign and its seriousness to ending it.”

“Instead, going to Kabul, pulling out a stick, announcing a drastic cut of $1 billion in reduced assistance and threatening another $1 billion by 2021 shows the lack of commitment on the US part to see through this deal. The issue was never the deal between the United States and the Taliban, that was a long time coming and Taliban showed absolute commitment to negotiate it—the real “peace” deal was to be between the Taliban and the political leadership in Afghanistan through an intra-Afghan process. That was the real challenge.

“I do not believe that this carrot and stick policy will work with Afghanistan. The United States should have shown some patience and let the Afghan government, President Ghani, and CEO Abdullah work out an inclusive government which would have led the intra-Afghan process. Hurrying the process with threatening to revoke billions of dollars in assistance will not win the United States the trust it requires from all parties in Afghanistan, including the Taliban. It is understood that the United States has a goal to achieve in Afghanistan. But all parties in Afghanistan do not have equal stakes in ensuring that the United States achieves its goals. Washington’s choice to remain selective in its engagement, reducing assistance but continuing to work with the Afghan National Security Forces (ANDSF) and the Taliban, without allowing Ghani and Abdullah time to form an inclusive government, is not a sustainable strategy to achieve its objectives in Afghanistan.”

“That Secretary of State Mike Pompeo visited Afghanistan amidst the worldwide coronavirus crisis signals his resolve to enable intra-Afghan negotiations and end America’s longest war. Aid is the only tool Pompeo can credibly use to try to compel Ashraf Ghani and Abdullah Abdullah to form an inclusive government, one that could negotiate with the Taliban. The question is whether the timing and vagueness of Pompeo’s announcement that the United States will cut $1 billion in aid to Afghanistan will blunt the threat’s effectiveness. Afghanistan will no doubt need all the aid it can get to fight the coronavirus pandemic and to recover in the aftermath of its human and economic losses. Pompeo was also unclear about which programs he is intending to defund. Still, the lesson that Afghanistan’s neighbor, Pakistan, has learned all too well is that cutting aid is something the Trump administration does not hesitate to do. And so, the impending public health crisis and imprecision of Pompeo’s threat may, in fact, help to encourage the two Afghan leaders to settle their differences.”