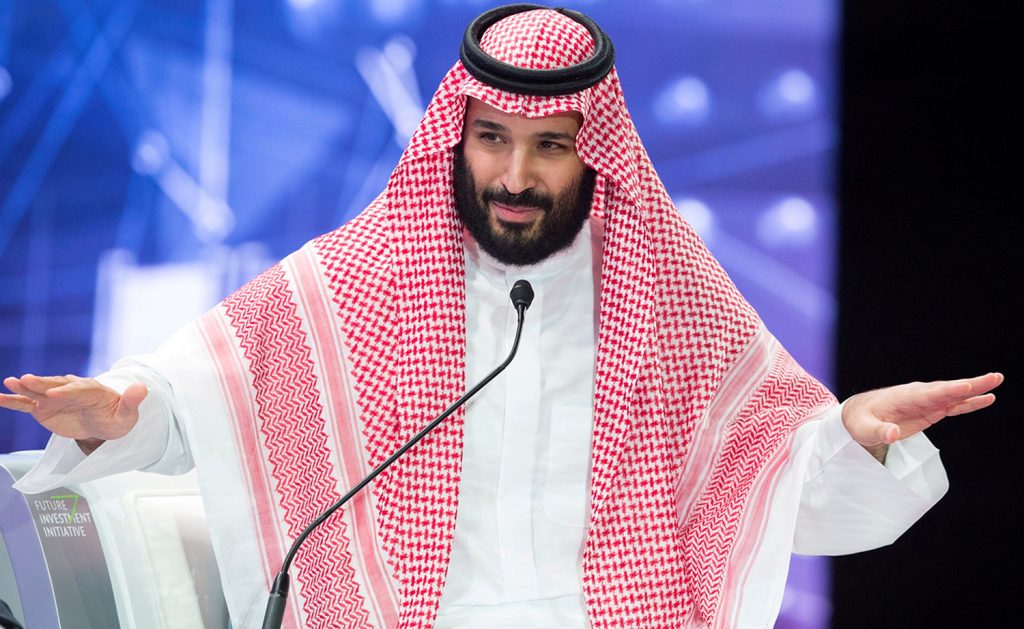 Pakistan’s economy is back on the brink, and like previous occasions, its rulers are knocking on the doors of strategic allies to unlock access to dollars. Key among these allies is Saudi Arabia, a country with which Pakistan has had deep, historic, and strategic ties. In recent weeks, Pakistan’s newly elected prime minister and the country’s chief of army staff, the most powerful man in the country, have made visits to the Kingdom. Top of the agenda has been Saudi financing to bolster Pakistan’s foreign exchange reserves.

Recurring economic crises in Pakistan have made it more and more embarrassing for its leaders to seek Saudi money, primarily because both the Saudis and Pakistanis know that Islamabad’s value proposition has been declining. But this need not be the case—Pakistan is the only country in the world that can solve the House of Saud’s growing security concerns in an increasingly hostile regional environment.

A shift in the relationship
The advent of the war in Yemen was a major inflection point in Pakistan-Saudi relations. The Kingdom approached the Pakistan government, led by Prime Minister Nawaz Sharif at the time, to support its war effort. This request was made because Saudi leaders recognized that they need the military expertise of their strategic ally to end the conflict effectively and swiftly.

Sharif, however, decided to go to parliament, leading to a vociferous debate both within and outside parliament, with lawmakers ultimately voting against Pakistan entering the conflict. Such a show was akin to betrayal for Saudi leaders, not because Pakistan had decided to abandon its strategic ally during its time of need, but because of the way in which this matter was handled by Pakistan’s political leadership.

As a result, the relationship became narrower in its scope, with the emerging Saudi leadership–led by Crown Prince Muhammad bin Salman–preferring to deal more directly with the military leadership. This was a major shift in approach, because until that point in time the Saudis had maintained close ties across the institutional and political spectrum in Pakistan.

This trend continued to build in the ensuing years, with the government of former prime minister Imran Khan’s approach to foreign policy making matters even more challenging. During his time in power, Khan wanted to appeal more to Turkey and Malaysia; Shah Mahmood Qureshi, his foreign minister, publicly came out against Saudi Arabia’s position on Kashmir; and ham-fisted engagement with Iran led to growing consternation in Riyadh while failing to resolve long-standing issues with Tehran. The result was the growing influence of Pakistan’s Chief of Army Staff General Qamar Javed Bajwa, who began to directly engage with Saudi leadership to resolve issues that were emerging.

Opportunity to pivot ties
As a result, the Saudis have increasingly started to question what Pakistan brings to the table and have shown an inclination to deal with the country from a very narrow perspective. This is a concerning development for Pakistan because the strategic relationship with Saudi Arabia underpins stability and cohesion in Pakistan.

The evolving geopolitical situation, however, creates an opening for Pakistan to reinforce its strategic ties with Saudi Arabia for several key reasons. Iranian belligerence in the region shows no signs of abating–a nuclear deal is only likely to further embolden Tehran–and the United States is keen to reorient its forces away from the Middle East and towards the Indo-Pacific theater. This is causing growing angst among the Gulf monarchies, especially Saudi Arabia and the United Arab Emirates. To alleviate these concerns and build capabilities to thwart an expansionist and revisionist Iran, the United Arab Emirates has embraced Israel while Saudi Arabia is moving towards that direction, albeit in a more cautious manner.

While deeper ties with Israel and accelerated efforts to procure new weapons systems may alleviate some concerns and bolster Saudi and Emirati capabilities, it is still not going to be enough to fully address the security threats that they face. This is where Pakistan can step in, because it is the only Muslim-majority country with a military force capable of backstopping the region’s security. Additionally, Pakistan stands tall as the only Muslim-majority country with nuclear weapons, making it a key strategic partner for its allies in the Middle East on edge about Iran’s nuclear ambitions.

Pakistan’s military is battle-hardened and has the operational and tactical capacity to significantly bolster Saudi Arabia’s defensive capacity. Not only have Pakistani forces been stationed in the Kingdom for decades–numbering in the tens of thousands during the Iran-Iraq conflict–but the country has long been providing extensive military training and support to Saudi security forces. The Kingdom is also an importer of arms from Pakistan.

Given the evolving situation in the region, Pakistan should reinforce its commitment to defend the Kingdom and the holy cities of Mecca and Medina. This can be done by establishing a long-term presence of a significant number of Pakistani troops in Saudi Arabia. These forces should have a defensive posture and a singular mission: protecting the Kingdom’s sovereignty and security.

As part of the agreement, this force can be funded and maintained by Saudi Arabia, with the troops playing an additional role of training and advising the Saudi forces. Such a narrow mission would have a two-fold benefit, since it is unlikely to anger Iran while simultaneously serving as a tangible deterrent to Iranian aggression.

The only way to bolster Pakistan’s value proposition
The emergence of a multi-polar world means that geopolitics is going to be volatile. This will be compounded by the ongoing energy transition, leading to increased volatility in global energy markets. Both factors create significant exogenous risks for Pakistan, primarily because its economy remains weak. Deepening economic ties between Saudi Arabia and India are also complicating the regional geopolitical map for Pakistan, making it necessary for the country to find ways to enhance its regional role and standing.

To create space for economic reforms and to boost internal stability, Pakistan must engage with its strategic allies from a position of strength, not weakness. The country’s strong military, battle-hardened while fighting a decades-long insurgency in the northwest, is an asset not only to the country, but to its strategic allies in the region. Doubling down on Pakistan’s strategic relationship with Saudi Arabia, at a time when the Kingdom has growing security concerns, can provide diplomatic, economic, and strategic breathing space to Pakistan.

With the United States moving toward a nuclear deal with Iran and clearly signaling that it will play a less direct role as a net security provider in the region, the time for Pakistan to act is now. Saudi Arabia has been a strategic ally for decades and will continue to remain so for the foreseeable future. The United States is also likely to see strategic value in Pakistan’s increased commitment to Saudi Arabia, given its own strategic needs to pivot towards the Indo-Pacific.

What the moment requires is for Pakistan to showcase, especially to a younger generation of Saudi leaders, that it too brings a lot to their relationship. In order for this to happen, Islamabad must start by leveraging its military capabilities to help alleviate Saudi Arabia’s legitimate and pressing security concerns.

From June 15 through June 17, 2022, India hosted a meeting of the Shanghai Cooperation Organisation to discuss regional border management and security. We reached out to our experts for their thoughts on this pivotal meeting and its implications for regional security.