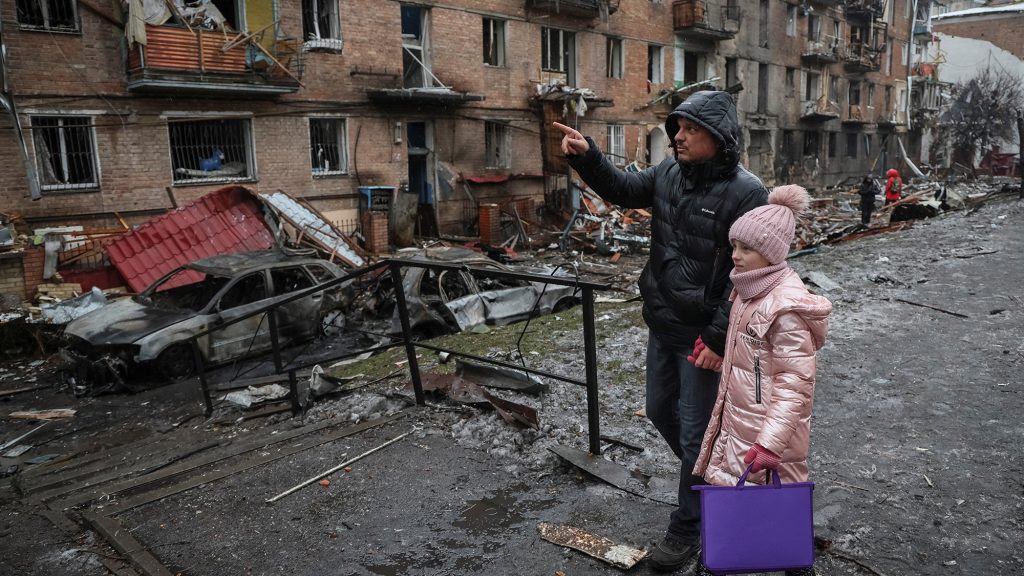 After Russia’s invasion of Ukraine and subsequent atrocities this year, the world quickly rallied to find ways to hold perpetrators criminally accountable. Several distinct paths crystallized, including domestic war-crimes trials in Ukraine; trials in states with universal-jurisdiction provisions, allowing for prosecutions of certain overseas offenses, such as war crimes, including with the help of a joint investigation team; and an investigation at the International Criminal Court (ICC).

However, Ukrainian President Volodymyr Zelenskyy has called for an additional route: a special tribunal focused exclusively on the crime of aggression against Ukraine. The crime of aggression is, in short, the use of armed force to invade a sovereign state—so while war crimes refer to how war is fought, aggression covers how war starts. The proposed tribunal has drawn considerable debate and discussion, but Ukraine has garnered support among partner states and international bodies. The launch of such a tribunal would undeniably be significant, allowing a venue for the first international criminal trial on aggression since the aftermath of World War II. However, its creation would leave several open questions on the future of accountability for aggression—both in the context of Ukraine and for future and past incidents—which must also be addressed.

Criminal trials are generally limited to domestic courts, the ICC, or any relevant international tribunals. While several countries have universal-jurisdiction provisions for aggression, practitioners have raised legal and pragmatic concerns over whether the provisions can effectively be used in practice, for example noting the potential political ramifications and difficulties of accessing evidence containing classified information. Furthermore, aggression is considered a leadership crime, meaning that, for example according to the ICC’s Rome Statute, only those in a position to “exercise control over or to direct the political or military action of a State” are held liable. These leaders are usually in positions and roles that would benefit from immunities and so are shielded from prosecution.

These immunities are broadly considered not applicable at certain international criminal courts—which, for aggression, leaves only the ICC. However, the ICC can only try the crime of aggression with a referral from the United Nations (UN) Security Council (on which Russia holds veto power) or when both the aggressor and the victim state have ratified the Kampala Amendments, which added the crime of aggression to the Rome Statute—and neither Russia nor Ukraine has done so. Without any other viable options, the proposed tribunal creates a tailored solution.

Ironing out the legal details

As with any court, there is no guarantee that any given case of aggression at the proposed tribunal will succeed. For example, it remains possible that suspects will never travel outside Russia, and so the court will not be able to arrest them. In such instances, the court either will have to hold trials in absentia—a highly controversial option—or will not be able to conduct trials at all.

In the longer term, the tribunal’s limited mandate means that it would not extend to any similar issues. Out of 123 States Parties to the Rome Statute, only forty-four have ratified the Kampala amendments. Resorting to special tribunals each time aggression occurs raises concerns about issues like selectivity—wherein only certain states are likely to receive support for such an option—and the diversion of funds away from the ICC. A permanent court of aggression has also been suggested, but this again raises concerns that efforts and funds going into its establishment could instead be used for the ICC. For example, these could go toward advocacy to request that member states amend the Rome Statute to allow additional paths to try the crime of aggression, and the funds could go toward carrying out those prosecutions if successful.

According to details shared with me by the Ukrainian government, the proposed tribunal would be created through either a multilateral treaty between states (as with the ICC) or through an agreement between Ukraine and an international organization (as with the Special Court for Sierra Leone, established with the UN). A tribunal based on a multilateral treaty may still be endorsed by an international organization, such as the UN General Assembly. For a tribunal built on an agreement between Ukraine and an international organization, the organization could be the UN, but could also be the European Union (EU) or the Council of Europe. Afterward, according to the Ukrainian government, the tribunal’s jurisdiction and functions would be defined in a statute, which would then be included in an annex to the treaty or agreement.

Last week, the EU made its own similar proposal: a multilateral treaty-based special independent international tribunal and a specialized, hybrid court integrated into a national system.

The United States has not yet given an official position on the creation of an international tribunal. It has vigorously supported Ukraine since the invasion, including backing the ICC investigation despite historic tensions with the court. However, leading the 2003 invasion of Iraq—coupled with a subsequent lack of accountability for its aggression—lost the United States considerable goodwill in the international justice space. Taking a leadership role with a tribunal centered on aggression risks claims of hypocrisy and could cost the court support and legitimacy. Instead, the United States may choose to support from behind with funding, as it did with the Extraordinary Chambers in the Courts of Cambodia.

At post-World War II trials in Nuremberg, Germany, crimes against peace were deemed the “mother of all crimes,” a phrase Ukrainian officials have frequently employed. Yet there have been no international criminal trials on aggression since Nuremberg. In advocating for this tribunal, Zelenskyy has highlighted the gravity of the crime of aggression, while also underscoring just how narrow the path for accountability remains. The proposed tribunal offers a path forward, but it demands further scrutiny as to how it will bring cases forward once established and how a long-term and sustainable path can be created for prosecuting other past and future instances of aggression.

Celeste Kmiotek is a staff lawyer for the Strategic Litigation Project at the Atlantic Council. 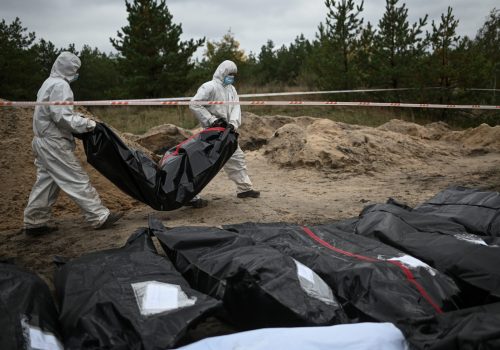 Vladimir Putin’s Ukrainian Genocide: Nobody can claim they did not know

The overwhelming evidence of Russian war crimes in Ukraine together with the openly genocidal intent on display in Moscow mean nobody claim they did not know about Putin's Ukrainian Genocide, writes Peter Dickinson. 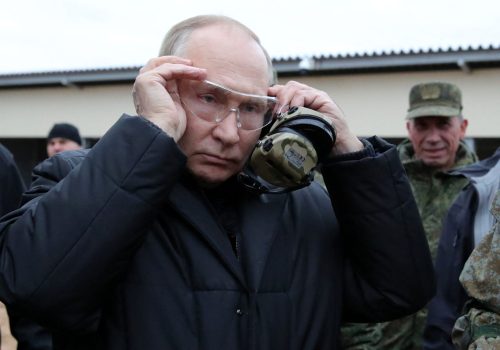 The West must urgently overcome its fear of provoking Putin

Western leaders insist they will stand with Ukraine until Russia's invasion is defeated but fear of provoking Putin continues to constrain the democratic world's response to a war that has already cost tens of thousands of lives. 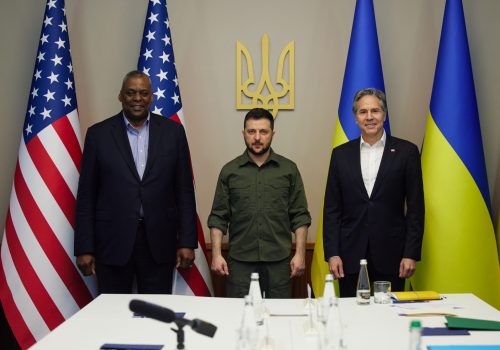 As Ukraine defends itself against a full-scale Russian invasion, continued American support is not only the morally correct position but also in the national interests of the United States, writes Steven Pifer.

Image: Local residents walk near a residential building destroyed by a Russian missile attack, as Russia's attack on Ukraine continues, in the town of Vyshhorod, near Kyiv, Ukraine November 24, 2022. Photo via REUTERS/Gleb Garanich.