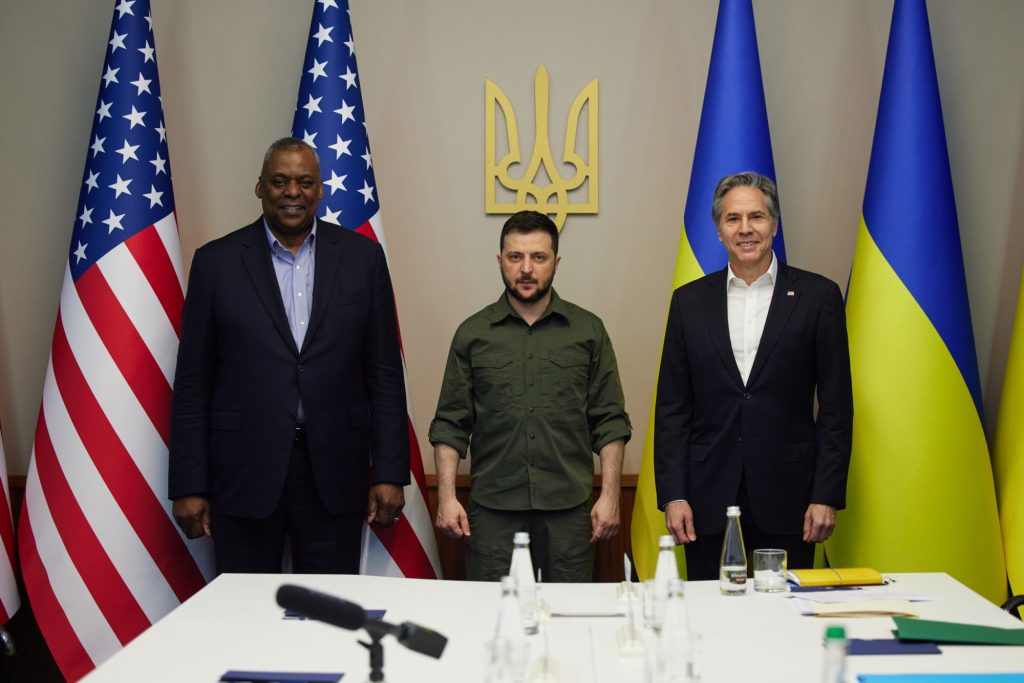 Ukraine is the victim of an unprovoked and unjustified war launched by Vladimir Putin’s Russia more than eight years ago. The latest stage in this war is the ongoing full-scale invasion that began on February 24, 2022. US President Joe Biden has said the United States will support Ukraine “for as long as it takes.”

Some question this commitment in view of other US priorities and argue that Russia, given history and geography, has a greater interest in Ukraine than does the United States. That latter point may be true, but it ignores the Ukrainians, who hold understandably strong views on the future of their country and have shown that they are prepared to fight tenaciously to defend their freedom. With Russia’s full-scale invasion now in its ninth month, it is vital to recognize that continued US support for Ukraine in this war is both the morally correct position and serves key national interests of the United States.

In 1994, Kyiv agreed to give up the world’s third largest nuclear arsenal, comprising some 1900 Soviet-era strategic nuclear warheads designed, built, and deployed to strike cities and other targets in the United States. Eliminating those weapons mattered a great deal to Washington. The Ukrainian government agreed to their elimination in large part because Russia, along with the United States and United Kingdom, committed in the 1994 Budapest Memorandum to respect Ukraine’s sovereignty, territorial integrity, and independence, and further committed not to use force or threaten to use force against Ukraine.

During the negotiations that preceded the signing of the Budapest Memorandum, Ukrainian officials asked what Washington would do if Russia were to violate its commitments. US officials said the United States would take an interest and support Ukraine.

Beginning with its seizure of Crimea in 2014 and continuing with this year’s invasion, Moscow has grossly violated the commitments it made in 1994. The morally correct response from the United States is to support Ukraine, as it has done with political measures and economic sanctions to punish Russia along with providing economic assistance, arms, and ammunition to Ukraine. Supporting Ukraine until its military drives Russian forces out of Ukrainian territory or, at a minimum, reaches a point where a negotiated settlement becomes possible on terms that Kyiv can accept, is not only morally the right thing to do. It is also very much in the US national interest.

First, the United States has had a vital national interest in a stable and secure Europe going back more than 70 years. This reflects the core security, political, and economic interests that provided the rationale for the formation of NATO in 1949. A Russian victory in the current war with Ukraine would have a major negative impact on stability and security in Europe. The countries of Europe, most of whom also support Ukraine, look to Washington for leadership. An insecure Europe would command more US resources, military power, and senior-level attention than would otherwise be the case.

Second, other countries are watching how Washington responds to Russia’s aggression against Ukraine. China poses the largest strategic challenge facing the United States in the coming decades. If Putin succeeds in Ukraine, that could encourage President Xi Jinping to adopt a more hostile stance. Moreover, should Russia prevail, the resulting situation in Europe would mean that Washington has fewer resources, less military power, and less attention to devote to dealing with the China challenge.

Third, the United States has a strong interest in preserving international norms and a rules-based international order. A key norm in Europe, dating back to the UN Charter and the 1975 Helsinki Final Act, is that large states should not use force to take territory from smaller states. That is precisely what Putin is attempting now. If international norms break down, other autocratic states will likewise be emboldened. A “dog-eat-dog” world without such norms will be a much more difficult place in which to pursue a range of US political, security, and economic interests.

Moreover, respect for basic human rights is an important part of international norms. Russia has waged a brutal military campaign, committing wide-scale war crimes and atrocities such as the destruction of Mariupol. Russian occupation of Ukrainian towns and cities has meant torture chambers, mass arrests, summary executions, filtration camps, and deportations, including of children separated from their parents and sent to Russia for adoption by Russian families. The United States has an interest in opposing such grave human rights abuses and in supporting Kyiv’s efforts to hold those responsible to account.

Fourth, it is not clear that Putin’s ambitions end with Ukraine. In a June conversation with young Russian entrepreneurs, the Russian leader asserted that he was not taking Ukrainian territory but “returning” historic Russian lands to Moscow’s control. The Russian Empire once included the Baltic states, Finland, and part of Poland. If Putin were to prevail in Ukraine, would he be tempted to seek the “return” of other “historic Russian lands?”

Steven Pifer is an affiliate of Stanford’s Center for International Security and Cooperation and a retired Foreign Service officer.

Unable to defeat Ukraine on the battlefield, Putin is now deliberately targeting the civilian population and openly threatening to freeze millions of Ukrainians to death. The West must not stand by and let this genocide take place.