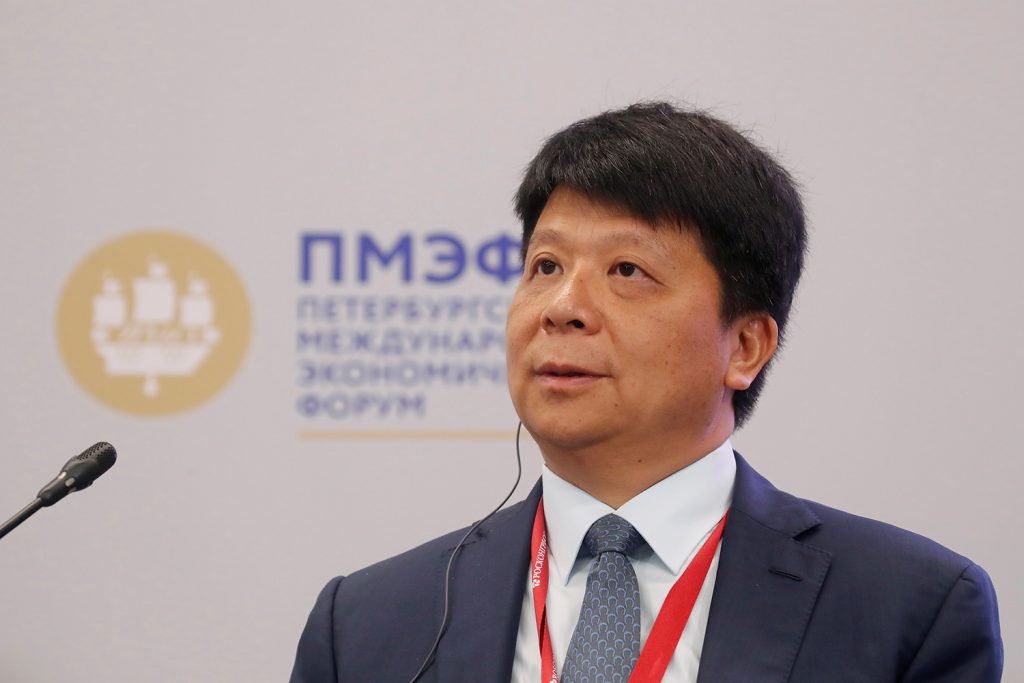 Chinese telecommunications firm Huawei, a leading developer and vendor of 5G technology, has been the target of a years-long US campaign to see the company’s products banned in partner countries worldwide. Huawei has pushed back the US efforts but also made forays in another direction: Russia. Capitalizing on the Kremlin’s fears of Western technology and its desires to reduce its dependence on the United States and the European Union, Huawei has set its eyes on the Russian market.

The Kremlin has long espoused fears of Western technology, encapsulated by Russian President Vladimir Putin’s 2014 comment that the internet was a “CIA project.” This public skepticism is borne from both economic and security factors, including the Kremlin’s desire to boost Russian domestic technology firms and crack down on internet use by domestic political opposition.

But even if most analysts only discuss the Kremlin’s worries as pretext for domestic censorship, Moscow evinces legitimate concern over the risks of using technology from abroad, especially the United States and the European Union. These foreign governments could conduct espionage and cyber operations through the technological infrastructure sold to Russians. These concerns have garnered serious responses. The Russian government has pushed a domestic operating system replacement in place of Microsoft Windows; Putin signed a law mandating state approval for software on computers sold domestically; and the Russian parliament passed a so-called domestic internet law, which aims to have Russian firms uproot some foreign internet infrastructure to replace it with domestic technology. These and other moves to bring the Russian technology sector under tighter government control are driven in large part by desires to block foreign technology.

With Moscow yearning for an alternative to Western technology and the United States on a campaign to throw Huawei out of Europe and East Asia, the Chinese telecom giant sensed opportunity in Russia. In June 2019, The Moscow Times reported that MTS, Russia’s largest mobile network operator, had signed a deal with Huawei on 5G technology. The agreement was finalized after Chinese President Xi Jinping and Putin met in Moscow that month; it also took place a month after the US Department of Commerce added Huawei to the Entity List, imposing significant restrictions on US firms’ interactions with the company (from selling products to engaging in the same technical standards bodies). Just after MTS and Huawei inked their agreement, Putin stated, “There are unceremonious attempts at pushing Huawei away from the global markets.” Always eager to frame the world in Cold War-esque terms, he then added, “some call it the first technological war of the new digital era.”

Following those remarks, in September 2019, the Russian government supported Huawei competing in a series of commercial 5G trials with Swedish telecom vendor Ericsson. In March 2020, Nikkei reported that Huawei had announced a partnership with Russia’s largest (and US-sanctioned) bank, Sberbank, which is also now moving into cloud computing. Huawei’s inroads in Russia deepened from there: in late August, Russian Foreign Minister Sergei Lavrov said Russia was ready to cooperate with China and Huawei on 5G technology. Later that month, Ren Zhengfei, Huawei’s founder, allegedly said in address, “After the United States included us in the Entity List, we transferred our investment in the United States to Russia, increased Russian investment, expanded the Russian scientist team, and increased the salary of Russian scientists.”

Even more recently, on November 10, the Russian daily paper Vedomosti reported that Huawei participated in an event with numerous Russian technology companies and government agencies, an event which included discussion of Huawei’s ability to support Russia’s digital economy. Huawei also promoted a strategy for the Eurasian region to encourage technological development—again, a clear play to Kremlin visions of a pan-Eurasian digital platform and a means to capitalize on Russian fears of digital dependence on the United States and the EU.

Of course, Russia risks creating a similar dependence on Huawei to the one it fears with Western technology. Russia’s relationship with China is quite different than Beijing’s with the United States, but presumably the espionage and network interference that worry analysts in the United States could also apply to Russian adoption of 5G technology from Huawei; it’s possible that the Chinese government could leverage Huawei’s infrastructural influence to spy on Russia. One analyst at the Russian International Affairs Council in Moscow has in fact argued this very point: he wrote (in addition to suggesting that Chinese technology is “no different” than Western options) that Russian overdependence on Huawei technology could itself pose security and economic risks for the country. It is also quite possible, though, that Russian decisionmakers are making a “lesser of two evils” calculus.

The situation offers clear implications for the United States and the EU: as the Kremlin reduces its digital dependence on the West, opportunities to seize market share will emerge for firms incorporated elsewhere, including those in China. These firms could, in turn, leverage the Russian market to support expansion elsewhere, an opportunity that may exist in other countries with similar fears of Western technology. The Trump administration tried to convince other countries to ban Huawei’s 5G technology with mixed success, but on balance, ever more governments are sidelining Huawei 5G technology—not official bans, but pushing against its use—as a result of myriad political factors (not just American diplomacy).

This will undoubtedly hurt Huawei’s global market share as the firm’s representatives find it much more difficult, if not effectively impossible, to market their 5G equipment to certain countries. Huawei’s ability to expand into the Russian market—a lucrative one if Huawei executives deepen relationships with Russian state officials and power brokers that control said industry—is an important factor in evaluating the company’s global 5G competitiveness. It will also help determine what kinds of data the company might be able to collect from 5G networks outside of China’s borders, because Huawei having equipment in other countries’ telecommunications infrastructure presents an opportunity to at the very least collect metadata.

While Huawei is making gains in Russia, this does not necessarily correlate to broad Russia-China technology cooperation across the board; the countries’ technological engagements in coming years must be assessed in the context of broader political and economic dynamics. But at least on this issue, the verdict is clear: Huawei’s newfound success in selling its 5G technology in Russia is inextricably linked with the Kremlin’s fears of that same technology coming from other parts of the world. US and EU policymakers should thus continue to monitor how anti-Western technology sentiment is impacting 5G adoption worldwide, while also recognizing that these dynamics of distrust might play out elsewhere. In an era of great uncertainty around supply chain security, with many countries instituting checks or raising barriers to protect against perceived security threats, limit domestic political mobilization, and/or preference domestic firms, this is hardly the last time a Chinese technology company may turn to markets outside the United States and the EU to prop up its aspirations elsewhere—and capitalize on distrustful narratives and beliefs to do so.

By Justin Sherman and Lily Liu

US and Chinese tech companies, including in the cloud computing space, are competing for users within India. As the Indian government’s relations with Beijing change, so too does the landscape of this technological battleground.