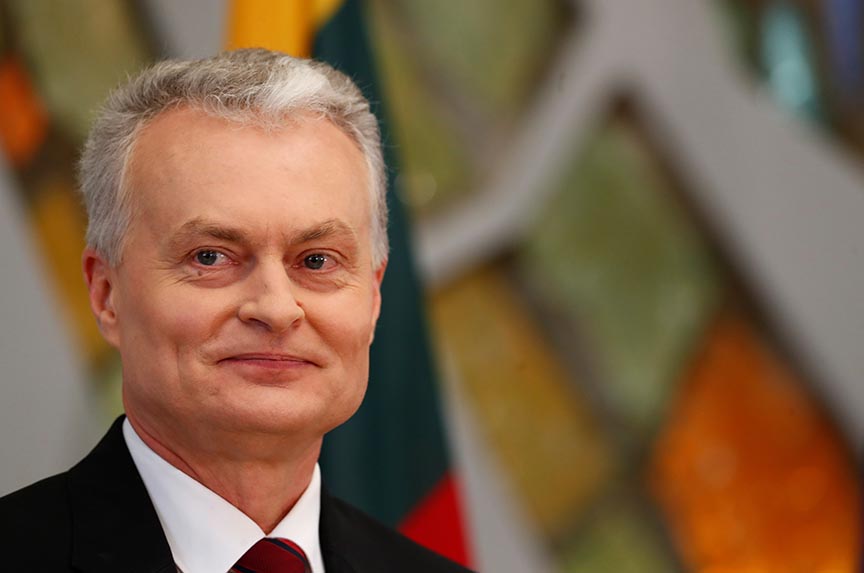 On May 26, Lithuanian voters rebuffed the populist trends sweeping Europe by electing Gitanas Nausėda, a pro-European Union independent centrist, as their new president. There is a lot at stake for Lithuania and Nausėda, an economist and political novice, has little room for error.

Lithuania navigates a complex geopolitical environment among its fellow members in the turbulent European Union (EU), the fragile transatlantic alliance, and a resurgent Russia. Domestically, Lithuanians demand higher living standards, greater income equality, and elimination of corruption, all while there is a marked divergence of interests and values among different segments of society. While emigration ebbed last year, the drain of brain and brawn from Lithuania has had an impact on families and the labor market. The political elite lacks a coherent vision for their large émigré community and breakthroughs are unlikely given the failed referendum on May 12 to allow dual citizenship.

In the presidential election, the runoff between Nausėda and fellow economist and more conservative candidate Ingrida Šimonytė was in and of itself a victory for Lithuania. These two pro-Europe, center-right candidates contrasted significantly with the other candidates in the first round and with the rising number of populist, Eurosceptic, and ethno-nationalist politicians across Europe. Lithuanian President Dalia Grybauskaite said “the election showed the maturity of Lithuanian society. People have values that cannot be effected by populism or blackmail.”

Both Šimonytė and Nausėda were expected to compete for the same electorate: younger, educated, pro-European, and urban voters. However, in the second round, Nausėda appealed to a much broader electoral sector winning more than 60 percent of the vote.

Who is Gitanas Nausėda?

Continuing Lithuanian tradition and constitutional requirement, Nausėda is not a member of any political party. Even though political parties may propose candidates for the presidency and support their campaign, Nausėda remained an independent. This may have been the key to his success, making him appealing to a broader electorate. Meanwhile, Šimonytė was supported in the elections by the conservative Homeland Union-Christian Democrat party, possibly hurting her chances to be perceived as a true “people’s candidate” as her campaign proclaimed.

Nausėda’s victory may set a new bar in Lithuania. Political party affinity could be increasingly seen as a detriment to a presidential candidate, outweighing the benefits of party support such as financing, organizing, and getting out the voters.

Nausėda is a relatively fresh face on the Lithuanian political scene. This has worked to his advantage in the elections as established politicians rarely get high ratings from Lithuanian voters. In this regard, he is similar to both former presidents Grybauskaite and Valdas Adamkus, who were not widely known politicians before their election.

Nausėda spent his career in banking as an economist, analyst, and public intellectual. His public service included work in the Lithuanian state bank Lietuvos Bankas and subsequently as a senior adviser to Adamkus. Whether this experience will be a sufficient foundation for him as president to implement his vision and ideas and navigate the Lithuanian state apparatus remains to be seen.

The Lithuanian president’s most important responsibilities center on foreign policy while the prime minister is the head of government. Here Nausėda’s career with international banks and within the Adamkus presidency has provided him with some—albeit limited—experience in international relations. It remains to be seen how he will handle foreign policy crises in Lithuania’s geopolitically charged neighborhood.

Grybauskaitė has been among the most vocal European critics of Russian President Vladimir Putin’s government and a staunch supporter of Ukraine. Nausėda has said that he could change the rhetoric toward Moscow, but that foreign policy will remain unchanged until Russia’s aggression toward Ukraine ends.

In an era of rising Euroscepticism, Nausėda is firm on the EU’s vital importance to Lithuania and the country’s role in a strong Union. Despite European trends of decreasing voter trust in European and national institutions, Nausėda’s nonpartisanship and strong mandate will be great assets for the Lithuanian presidency.

Meanwhile, despite her defeat, Šimonytė is a rising political star. Nausėda, as well as the leader of the conservative Homeland Union party Gabrielius Landsbergis, noted that Šimonytė could be next prime minister following the 2020 parliamentary elections. Nausėda and Šimonytė could make a good team offering stability, consistency, and commitment to the EU.

Lithuania’s presidential election has demonstrated the maturity of its electorate, who were not swayed by populism or extremism. Nausėda, like Šimonytė, represented the hopes of a new generation of Lithuanians and a politics of unity, transparency, and nonpartisanship. Whether these hopes will be met remains to be seen, but Nausėda will not have much room for failure given the pressure of geopolitics and the rising demands of the Lithuanian society.

Agnia Grigas is a senior fellow with the Atlantic Council’s Eurasia Center and author of “The New Geopolitics of Natural Gas” and “Beyond Crimea: The New Russian Empire.”  Follow her on Twitter @AgniaGrigas.