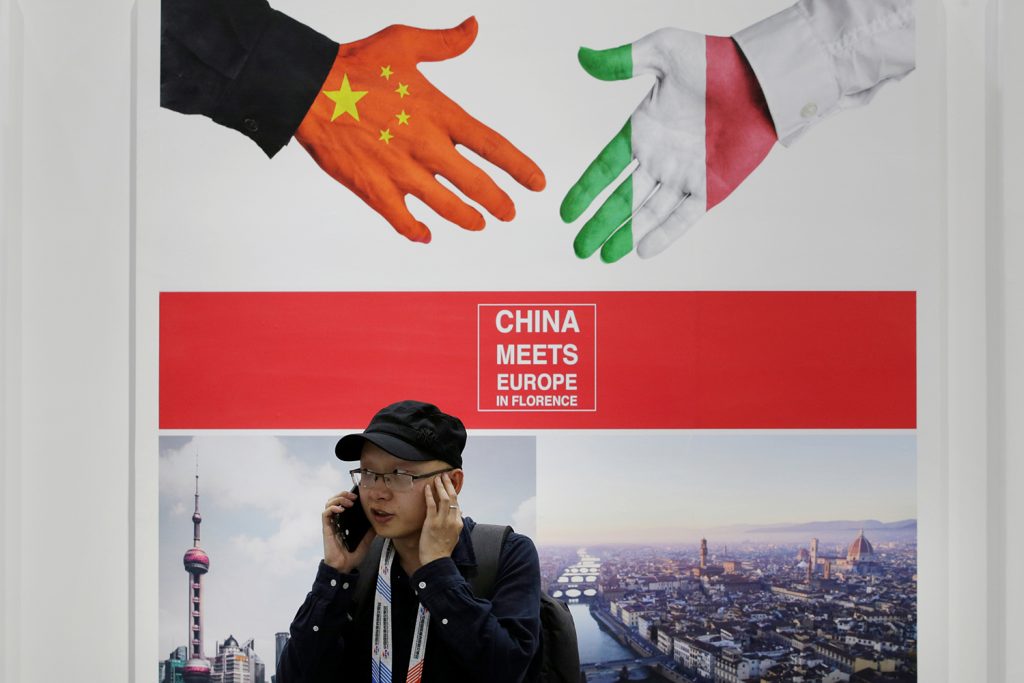 For decades, European consumers have believed that cheap, imported goods “Made in China” were overall a positive thing, making it easier to afford necessities and luxuries alike. On balance, however, relying on ‘Made in China’ may be unsustainable for Europe. Italy’s economic hardship over the last decades highlights the stories of other Southern European countries who have borne the brunt of unfair Chinese trade practices. In the wake of the coronavirus epidemic, Southern Europe’s financial needs have triggered a divisive debate within Europe, as Northern European countries demand domestic reforms from their southern partners in return for aid. While issues such as inefficiency, bureaucracy, and corruption must be addressed, concerns over the health of the Eurozone tend to overlook a key problem: Made in China.

Italy is the canary in the European coal mine: what happens first in Italy, happens elsewhere in Europe afterwards—see the populism of former prime minister Silvio Berlusconi, economic stagnation, criminal take-overs, and China’s political influence. Emergency support seems crucial now to help the Italian economy weather the COVID-19 crisis, but large scale financial support, whether or not backed up by Italian domestic reforms, can only be a partial solution at best.

Effectively ending unfair competition should be a key priority for Italy and Europe. Southern Europe’s economic woes can be traced back to China’s currency manipulation, dumping, economic espionage and counterfeit, absence of social and environmental norms, as well as the Chinese refusal to accept the return of illegal immigrants. The EU has complained for two decades about unfair Chinese trade practices, but never effectively stopped them. The Eurozone may be structurally weakened if unfair competition is not stopped.

More high-value Italian sectors such as pharmaceuticals and mechanics have modernized. After reforms, Italy’s labor market has become more flexible than the Netherlands’ or Germany’s. The average pension age is sixty-seven. Since 2008, tourism has increased with 21 million extra yearly overnight visitors, which seems increasingly unsustainable. This has only made up for part of the costs of Chinese competition.

Chinese exporters displaced Italian producers within the European market. In the era between 1962 and 1995, Italian exports grew annually with 6.6%. After China truly entered the European market in 1995, Italian exports growth declined to 2.8% annually. The contribution of exports to the Italian GDP remained limited to 30 percent, while German exports, which competed much less with Chinese goods, rose to 45 percent of German GDP.

Italy’s financial problems ensued. In the sectors competing directly with Chinese imports, non-performing loans surged to 40 percent. The capital base of Italian banks weakened, limiting credit availability to other Italian sectors, even if they did not compete with Chinese imports. Employment declined, a brain drain followed, and Italian social expenditure increased from 21 percent of the GDP in 1995 to 28 percent in 2018.

Notwithstanding rising social expenditure, Italy’s fiscal deficits have remained within the European 3 percent norm since 2011. Italy’s budget deficits are purely secondary, meaning that they result from servicing debts incurred mainly in the 1970s and 1980s. It’s hard to maintain that Italy is “living lavishly.”

The negative effects of internationalization on Italy’s and Europe’s economy are not so much a result of comparative advantages or the “natural process of free trade.” China, as well as other low wage countries, have artificially lowered their production costs while protecting their home markets. Most European producers cannot outcompete or out-innovate such producers. The EU should tailor its reaction to these realities of global trade.

In an ironic twist of economic statecraft, Italy has become one of China’s staunchest supporters within the EU. China acquired strategic Italian assets with euros Europeans spent on imported Chinese goods. In 2019, Italy became a key partner in China’s Belt and Road Initiative and China invested in Italian strategic infrastructure, such as the Trieste port, which is likely to open up Europe to even more Chinese goods.

The story of Italy’s economic decline may also foretell the story of Europe’s decline. As China increasingly exports high value goods, Northern Europe’s industries are starting to feel the heat. It seems time for the EU to weigh its trade relationship with China against its impact on Europe’s economy, social cohesion, political unity, and strategic autonomy. Europe’s external trade relations should, on balance, benefit the European internal market, as well as the EU at large.

Unfair Chinese trade practices are sowing division in Europe, weakening the European Union politically and economically. If Europe’s decline is not halted, Chinese Communist Party officials may soon regulate European businessmen. How trade is being conducted—or who gets richer and who get poorer—is ultimately a question of power, or geopolitics. The strongest actors determine the international commercial and monetary rules.

The EU internal market should above all serve Europe’s prosperity and political stability. During the postwar reconstruction era, it was feared that the European project would not survive free trade with the United States, Europe’s ally. The internal free market was therefore developed behind tariff walls. It was a phase of strong economic growth, and social and political stability.

Absent a restructured EU-China trade relationship, Europe’s internal market will become increasingly unhinged. The situation is complex and there are no silver bullets. Ending unfair competition seems a necessary condition for Europe’s recovery, although not the complete solution. Northern European countries are correct in addressing Southern Europe’s inefficiency, bureaucracy, and corruption issues. But any internal reforms should go hand in hand with reforming Europe’s external trade relations.

To be sustainable, Europe’s trade relations must serve Europe as a whole. EU officials should ponder new approaches and strategies to get the outcomes Europe needs.  In the areas where abuse of European market access has weakened Europe, these unfair practices should not only be discussed with Beijing, but effectively stopped. It is neither about establishing ‘Fortress Europe,’ nor decoupling, but rather drawing the line and building a sustainable European recovery.

Image: A man takes a call next to a poster stating "China meets Europe in Florence" at China International Fair for Trade in Services in Beijing, China, May 28, 2019. REUTERS/Jason Lee