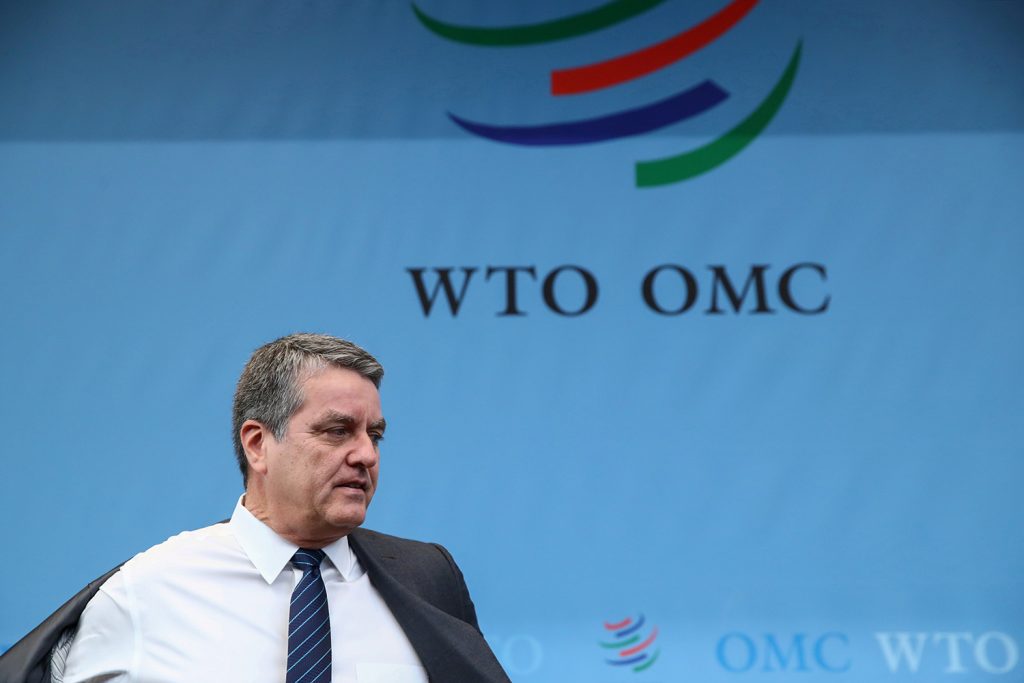 Here we go again. The World Trade Organization (WTO) is looking for a new boss. It won’t be easy to fill the job.

Roberto Azevedo, the WTO’s sixth director general (DG), will leave the post on August 31. Nominations for his replacement—a process already in full swing—formally starts on June 8, and the WTO will issue a consolidated list of candidates on July 8. The hope is that one of the candidates will be agreed by September 1. Don’t bet on it.

Azevedo is actually leaving the job a year early. He explained that he wants to make room for a new DG to prepare for the twelfth Ministerial Conference (MC12), now delayed until 2021. He also feels that the next DG should have enough time to contemplate the institution’s role in recovering from COVID-19.

The DG also offered this bit of advice: “I urge you not to treat the process of selecting the next DG as business as usual.” No one is listening.

Instead, the Members are gearing up for a repeat of past DG selections. The debate, like the media coverage of it, is strictly focused on the 3 Gs: gender, geography, and gross domestic product. Will the WTO finally pick a woman? Which continent “gets” the slot? And does the institution need someone from a developing country? These questions merit attention, but first, it’s time to ask why this isn’t “business as usual.”

Unlike in previous searches, the WTO is under siege. Azevedo, in both 2013 and 2017, explained that the WTO had “credibility” issues and faced “challenging times.” But a new DG will have to deal with problems that Azevedo would have been hard-pressed to anticipate: the Appellate Body is not working; the United States is hostile to the institution; the WTO’s ability to handle China is doubted; “national security” is getting a workout in litigation; and COVID-19 has been a boon for protectionists looking to re-shore supply chains.

Critics will insist that the search for a new DG, like the WTO itself, is irrelevant. They will be right unless Members act on Azevedo’s advice to do this search differently. How so?

The rule book on searching is clear. But in the past, Members have tinkered to achieve political ends. DG Renato Ruggiero (Italy) was given only one term, for example, while DG Mike Moore (New Zealand) and DG Supachai Panitchpakdi (Thailand) split a six-year term. This time, the Members should make two hires: an internal DG to tend to the mechanics, and an external DG to do the vision thing.

The WTO is the metaphorical “level playing field.” Somehow this message has been lost. Explaining nondiscrimination is hard. That much isn’t new. What is new the need for a narrative about WTO reform. Politicians talk about reform as if, with a few amendments here and there, manufacturing will come back to the rich world. It won’t, and a new external DG has to talk about services and intellectual property. She or he has to talk about new opportunities in the mini-deals, or “plurilaterals,” including those on services and environmental goods.

Most importantly, the new external DG will have to dispel myths about dispute settlement. Complainants almost always win. The WTO prefers negotiated solutions to litigation. And mechanisms are within reach that could prevent against fears of “judicial activism.” But the bottom line is that a global economy without WTO dispute settlement would be less predictable, and would upend the workings of preferential trade agreements as well.

The external DG has to explain in non-technical terms to average people that, at base, the WTO offers a language with which to make trade tensions separable from broader foreign policy concerns. To politicians, the message has to be that this language gives them political cover to comply when their country loses, and helps them word political victories when their country wins.

Finally, the new DG must inspire far more creativity from Members in writing reform proposals. In the case of dispute settlement, for example, discussions have been ongoing since 2001, but you’d be hard-pressed to find anything interesting on precedent, for example. Until this issue is tackled head on, the United States won’t talk. No, this won’t be easy, and that’s why getting the narrative right is so important.

Critics will insist that it’s silly to worry about appointing the captain of a sinking ship. They’ll be proven right if Members treat this search as “business as usual.”

Marc L. Busch is the Karl F. Landegger professor of international business diplomacy at the Edmund A. Walsh School of Foreign Service at Georgetown University and a nonresident senior fellow in the Atlantic Council Scowcroft Center for Strategy and Security’s Transatlantic Security Initiative.