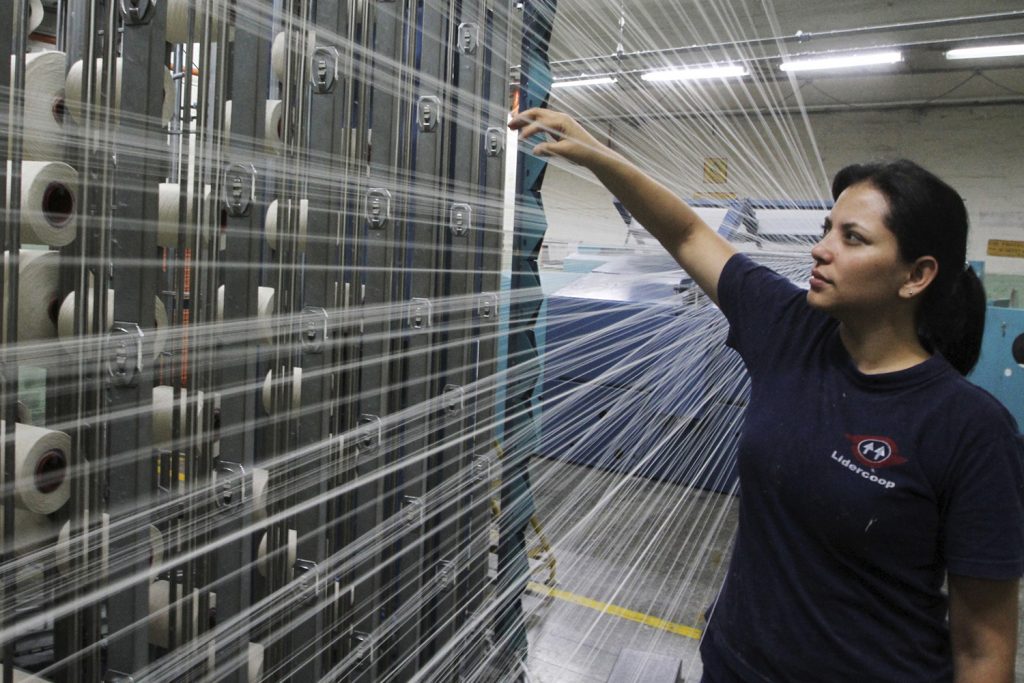 Yet, significant lags in women’s economic and political empowerment remain in countries like Colombia. Having closed educational attainment and health and survival gaps almost entirely, the country still faces important gender gaps in economic participation and opportunity (a gap of 26.5 percent) and in political empowerment (a gap of 68.2 percent). If Colombia doubles-down on its efforts to close these gaps, numerous economic and social benefits will follow.

Why should Colombia prioritize closing its gender gap in economic participation?

Gender parity promotes economic growth. At a basic level, greater gender equality in economic participation and opportunity will boost growth by expanding the size of Colombia’s labor force, which will, in turn, increase output. Currently, women’s potential economic contribution in Colombia remains untapped, with 62.9 percent of women aged fifteen to sixty-four participating in the labor force, compared to 85.1 percent of men in the same age bracket. According to PricewaterhouseCoopers, if all thirty-six member countries of the Organization for Economic Co-operation and Development (OECD)—of which Colombia is set to become a member—increase their female labor force participation rate to match that of Sweden (80 percent), global gross domestic product (GDP) will rise by over $6 trillion.

An increase in women’s labor force participation will also enhance aggregate productivity by fostering new ideas for production and management. Women bring different perspectives and aptitudes to the table, which makes their work complementary, rather than a perfect substitute to that of men. Hence, increasing the number of women in Colombia’s workforce should contribute greater economic benefits than an equivalent increase in the number of men. Additionally, young women (aged twenty-five to thirty-four) have greater educational attainment than young men in Colombia, which incentivizes increased female labor force participation to deepen Colombia’s talent pool, leading to a more efficient allocation of resources, gains in income and total factor productivity, and higher output growth.

Closing Colombia’s gender gap in economic participation will also help reduce income inequality and poverty. Gender inequality usually comes hand-in-hand with income inequality, which compromises the sustainability of growth. Disparities in wages and labor force participation between men and women increase income inequality and yield unequal access to pensions and social benefits. In Colombia, wage and unemployment gaps both stand at 5.8 percent, with women earning less than men in similar positions and facing higher unemployment rates regardless of their education level. Women are also more likely to work in the informal sector, earning less and receiving no social benefits.

In the early 2000s, poverty fell significantly in Latin America due, in part, to increased labor market earnings and participation rates for women (along with the implementation of noncontributory pensions for women), suggesting that promoting women’s economic inclusion can further this drop in poverty. This will also lead to other positive human development outcomes, given that women’s labor force participation is correlated with higher expenditure on schooling and health for children, which supports poverty reduction, increased productivity, and long-term economic growth.

Greater gender equality also improves business outcomes. A 2019 International Labor Organization (ILO) study shows that firms with a gender inclusive business culture and gender-friendly policies are more likely to have increased productivity and profits; enhanced talent retention; greater creativity, innovation, and openness; improved company reputation; and a better sense of consumer interest and demand. In a similar study, McKinsey & Company found that companies in the top quartile for gender diversity are fifteen percent more likely to have higher financial returns than their competitors. Also, according to ILO, firms with female chief executive officers (CEOs) are 3.5 percent more likely to have increased productivity and profits, resulting in higher potential output. Evidence from Europe suggests that including one more woman in senior management or corporate boards (without changing the size of senior teams) yields higher returns on assets of eight to thirteen basis points.

Colombia has made significant progress toward promoting women in senior roles, with OECD statistics reporting that women hold 57 percent of managerial positions in the country. Although this statistic reflects important improvement, it does not accurately depict the whole picture. Full gender parity in senior roles has yet to be achieved— women in Colombia usually oversee areas that are arguably less central to the work of the organization like human resources, public relations, communications, and administration. Women remain underrepresented in managerial positions in areas traditionally and stereotypically reserved for men like research, product development, operations, and sales.

Research shows that policies matter for women’s employment decisions even after controlling for personal preferences toward work. Most of these policies will pay for themselves in the medium and long term, as Colombia begins to reap the economic and social benefits of gender parity.

Here are five ways in which Colombia can promote gender equality and women’s economic empowerment:

Image: An employee examines cotton thread inside a workshop of textile factory Faricato, in Bello, Antioquia province April 12, 2011. The U.S. may send a long-delayed free trade pact with Colombia to Congress for approval within weeks now that a bilateral agreement on labor concerns has been reached. Colombian companies such as Fabricato may benefit from the agreement. REUTERS/Albeiro Lopera