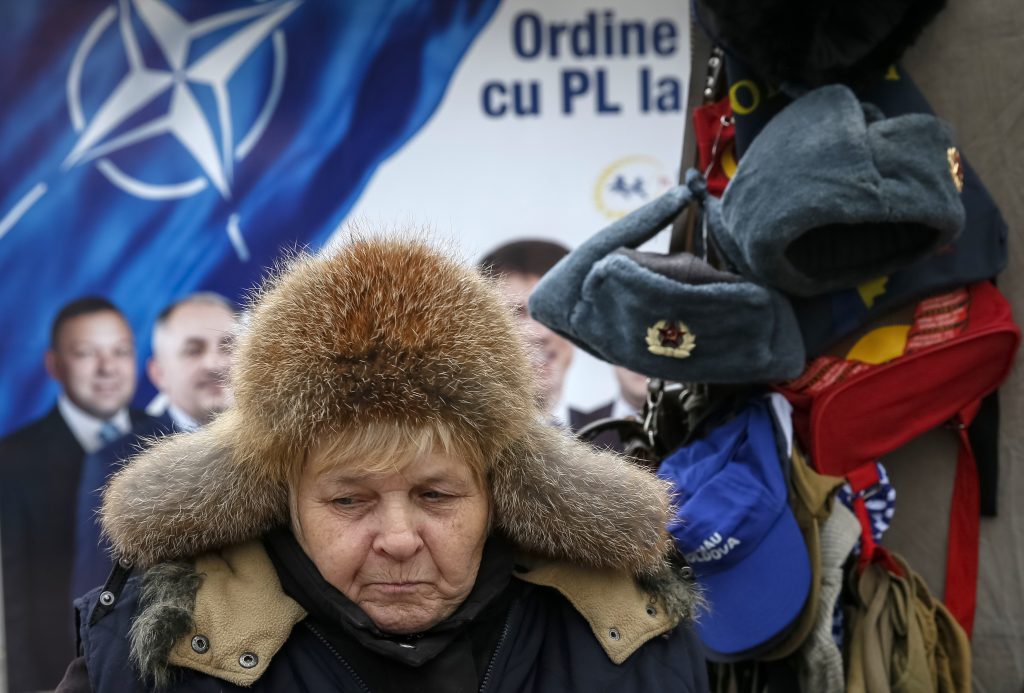 In the shadow of Ukraine’s war for true independence from Russia, the small country of Moldova is entering a critical chapter of its parallel struggle. Frustrated Moldovan voters last month reelected their pro-democratic government, but also delivered a warning that concrete economic and anti-corruption reforms must begin immediately. The United States should take four easy (and mostly inexpensive) steps to help Moldova and thereby strengthen the rest of Europe against the aggressive policies of Russian President Vladimir Putin.

Since Moldova gained formal independence in the 1991 collapse of the Soviet Union, Russia has used military occupation, economic pressure, propaganda, and threats to maintain dominance and to obstruct Moldovans’ choice, in recent elections, to integrate their country with European institutions. Putin has pushed Moldova (and Ukraine, Georgia and other ex-Soviet states) to instead accept membership in an economic union dominated by Russia and its own dependence on corruption.

Here is why this winter opens a key chapter in Moldova’s struggle. Voters gave a narrowed majority (fifty-five seats out of 101) to the three national parties that favor democratic governance and integration with the European Union. The voters showed their frustration with an economy that remains Europe’s poorest, and with corruption that still blights their lives. Independent analysts say the democratic alliance may now have as little as two years to deliver on concrete reforms or risk seeing the electorate turn against it.

With reelection, “the government is offered the last chance to reform the justice sector, to root out corruption and to show that the European institutions were right when they said that European integration is the only way to modernize Moldova,” Prime Minister Iurie Leanca told his Cabinet on December 3. “The [voters’] message is very clear: the reforms can no longer be delayed because [if they are] there will be no other such vote and such a chance for our country,” he said.

The challenge to Moldova’s democratic alliance comes not only from public frustration, but also because Russia used every means available to tilt the vote. Putin and other Russian officials hosted and endorsed the leaders of Moldova’s Socialist Party, which now will dominate political opposition. A Moldovan-born Russian businessman founded a new pro-Russian party, which Moldovan authorities disqualified before election day. (Police reported it had received $453,000 in covert and illegal financing from abroad.) Russian television channels, which dominate Moldova’s airwaves, warned darkly against the country’s European choice.

All this reinforced Russia’s long-established arm-twisting. Russian troops have for twenty-three years propped up a Russian-proxy rebel zone in Moldova’s region of Transnistria. Russia also backs Moldovan government opponents in the country’s ethnic Gagauz region. When Moldova agreed last year to a formal Association Agreement with the European Union, Moscow banned Moldova’s economically vital wine exports and threatened a wintertime cutoff of the natural gas on which Moldova depends for heat and power.

By reelecting Moldova’s democratic alliance despite such pressures, voters made clear they want to stop corruption and open up their economy on the European model, which has transformed most of Europe’s once-communist east. While the European Union will be Moldova’s leading partner on many reforms, the United States has a unique, catalyzing role to play. It should do so by taking four steps to help Moldova make its transition in spite of Russia’s obstruction:

At the same time, the United States should remain engaged in efforts to resolve the “frozen conflict” in Transnistria. Among the best strategies is for the transatlantic community to keep its doors open to eventual Moldovan membership in the European Union (and, if Moldova should seek it, in NATO). Russia has tried to block those possibilities with its military occupation of Transnistria — and indeed some in the West argue that countries where Russia or its proxies have seized territory should be denied membership. That only validates for Moscow its creation of such “frozen conflicts.” As Georgia, Ukraine, or Moldova reform, the West should be open to welcoming these nations into its institutions in spite of those conflicts, a policy that would reduce Russia’s incentive for making war on its neighbors.

The year 2014 has clarified dramatically that the ex-Soviet countries of Eastern Europe are under broad attack by an increasingly anti-democratic Russian president determined to restore Russia’s domination of the lands it ruled as the Soviet Union. It is not the United States that is holding off that assault, but rather Ukrainians, Georgians, Lithuanians, Estonians, Latvians—and Moldovans—who are struggling to defend their own independence and democracy.

With a coherent strategy of helping these mostly small countries, the United States protects not only its democratic values, but its interests in the unprecedented peace and prosperity that democracy and transatlantic partnership have brought to most of Europe. And for a future day that we know will come, the democracy and well-being of Moldova and its neighbors will be important models for the Russians themselves when they will choose a direction for their country beyond the disastrous one now being charted by Vladimir Putin.

Image: Moldova in the Middle: A street vendor in Chisinau sells the gray, winter military hats of the former Soviet army before a Liberal Party billboard splashed with an image of the NATO flag. Pro-European parties seeing to join the European Union and/or NATO won a narrowed majority in elections November 30. (Reuters/Gleb Garanich)