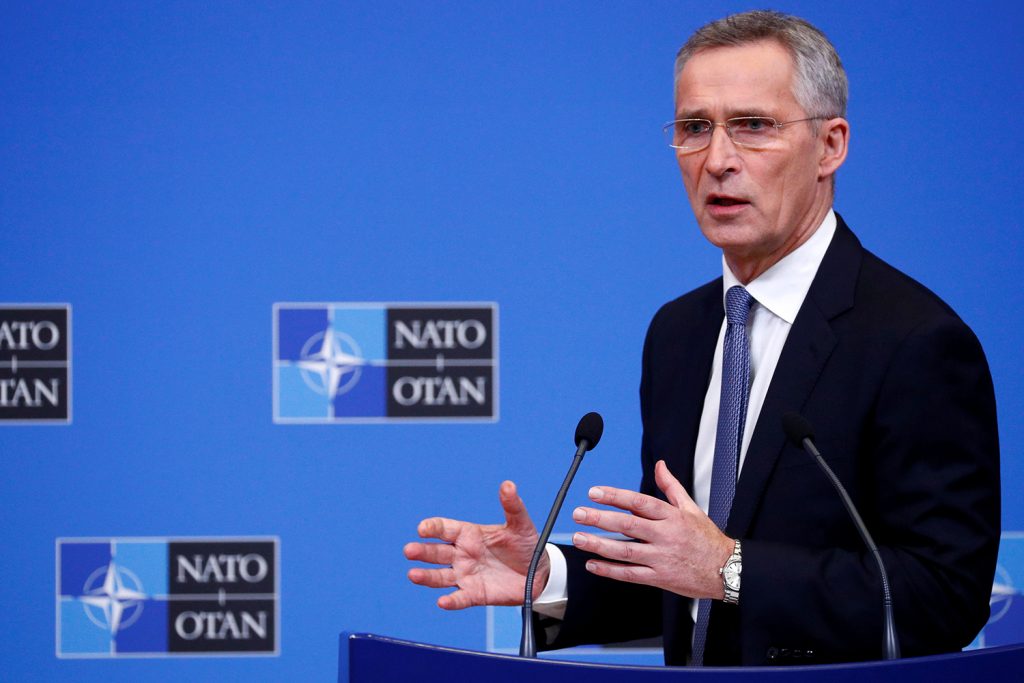 In the space of a year, the North Atlantic Treaty Organization has gone from marking its 70th anniversary to focusing on building an alliance for the future. On June 8, Secretary General Jens Stoltenberg laid out his plans for a new period of reflection on the Alliance’s mission and structure over the next ten years. At a time when the COVID-19 pandemic has accentuated certain security threats to member states, including “unabated” Russian military activity, the spread of disinformation and propaganda, and the disruptive ascendance of China, NATO “must stay strong militarily, be more united politically, and take a broader approach globally,” he stated.

Stoltenberg, who spoke at a virtual Atlantic Council Front Page event co-hosted with the German Marshall Fund, said the new effort was born out of last December’s NATO Leaders’ Meeting and that it is about further strengthening the Alliance rather than “reinventing” it. Dubbed “NATO 2030,” the effort will include consultations with experts and Alliance leaders, as well as outreach to “civil society, the private sector, and young leaders,” Stoltenberg explained. The findings, he added, “will inform the direction NATO leaders set out when we meet next year.”

At a time when many political leaders—including those of NATO countries—have largely relied on national action to combat threats such as the coronavirus pandemic, the secretary general argued for collective action. “The challenges that we face over the next decade are greater than any of us can tackle alone. Neither Europe alone, nor America alone. So we must resist the temptation of national solutions,” he said.

The conversation came at a momentous time, when, as Atlantic Council President and CEO Frederick Kempe noted, the world is confronting “the worst pandemic in a century and the deepest economic downturn since the Great Depression,” while the United States faces those shocks along with “the most widespread anti-racist protests in fifty years.” Stoltenberg stressed that NATO members “must live up to our values: freedom, democracy, and the rule of law. These values are what define us. They are what make us strong, as nations and as an alliance.”

Stoltenberg advocated for continued investment in “our armed forces and modern military capabilities” in order to fulfill NATO’s central mission to provide security to the transatlantic community. Over the last few years, the Trump administration has repeatedly urged NATO members to spend more money on defense—a call that has in significant measure been answered. Military spending by NATO members has risen for five consecutive years, including an additional investment of $130 billion since 2016.

Despite this momentum, press reports in recent days have indicated that US President Donald J. Trump has approved plans to withdraw 9,500 US troops from Germany by the end of summer. Although Stoltenberg declined to report on “media speculation” about the US plans, he said that NATO officials are “constantly consulting with the United States [and] with all of the NATO Allies on the military posture and presence in Europe,” and stressed that the “US [military] presence has increased in Europe over the last few years,” including deployments in the Baltic states, Poland, and Romania, as well as a naval presence in Spain.

High-profile political disagreements among member states on a variety of issues such as trade, China, Russia, and the Middle East have also threatened to weaken NATO and have caused some to question whether the alliance of thirty nations can ever truly reach agreement on the major issues of the day. According to Stoltenberg, the first step to achieving more common ground is getting member states to “use NATO more politically,” rather than viewing the Alliance as merely a means of military cooperation. “Sometimes I feel that we all forget the importance of the political dimension of NATO,” he said. His NATO 2030 project will include proposals to bring “all the issues that affect our security to NATO’s table,” from “conflicts in the wider Middle East, to global arms control and the security consequences of climate change,” in order to “forge stronger consensus sooner and more systematically” and harness the bloc’s economic and diplomatic clout alongside its military power.

The secretary general also argued that NATO must look beyond the traditional transatlantic space toward the wider global arena. While the rise of China may seem distant to many in Europe, Stoltenberg contended that it is “fundamentally shifting the global balance of power, heating up the race for economic and technological supremacy, multiplying the threats to open societies and individual freedoms, and increasing the competition over our values and our way of life.” The secretary general cautioned that “NATO does not see China as the new enemy or an adversary,” but the Alliance “has to address the security consequences of the rise of China.”

To do that effectively, NATO will “need to work even more closely with like-minded countries like Australia, Japan, New Zealand, and South Korea,” Stoltenberg contended. With growing concerns about Chinese influence in institutions such as the World Health Organization, as well as fears that the dominance in new technologies like 5G by Chinese companies such as Huawei could give Beijing enormous economic power and espionage access, the secretary general argued that NATO needs to “defend the global rules and institutions that have kept us safe for decades,” and “set the norms and standards, in space and cyberspace, on new technologies and global arms control.”

As the Alliance prepares for the decade ahead, it must be ready to “stand up for a world built on freedom and democracy, not on bullying and coercion,” Stoltenberg asserted. But to do that, it must be willing to actively work together to advance this mission. “NATO is the only place that brings Europe and North America together, every day,” the secretary general explained. “We have the structures and the institutions in place. What we need is the political will to use NATO. To decide and—where necessary—to act for our shared security.”