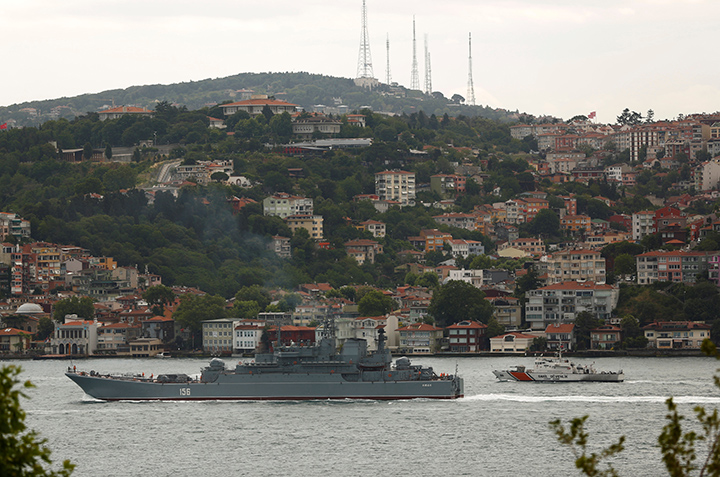 At its summit in Warsaw on July 8 and 9, NATO should take urgent steps to protect its allies and partners on its southeastern flank. Bulgaria, Romania, and Turkey, as well as Ukraine and Georgia, are all under severe pressure from Russia and require NATO assistance.

Stephen Blank has urged NATO to pay more attention to the Black Sea at the Warsaw Summit, and he is correct. But, he doesn’t go far enough. The Alliance must focus on a range of actions to address Russia’s rapidly escalating offensive posture in the Black Sea and protect its allies—including reinforcing air, naval, and ground assets; improving space capabilities; cyber security; reconnaissance; intelligence; and creating credible deterrence strategies.

Russian forces first destroyed naval units of a Black Sea neighbor—Georgia—during the war in August of 2008. However, Russia’s annexation of the Crimean Peninsula and capture of a majority of the Ukrainian navy in the spring of 2014 altered the balance of power in the region. Moscow then embarked on its traditional policy in the Black Sea: build up military power to intimidate neighbors, threaten NATO’s southeastern flank, and project power into the Mediterranean.

Russia’s missile attacks and air deployment and operations in Syria have demonstrated how exposed Turkey—the principal NATO ally in the Black Sea region—has become. After the recent Istanbul airport attack, Turkey appears even more exposed. Bulgaria and Romania, as well as NATO aspirants Georgia and Ukraine, have called for boosting the Alliance’s presence and posture there for a long time. Turkey has reached out to Ukraine and has urged NATO to raise its profile in the Black Sea.

NATO possesses economic and technological superiority over Russia. That does not translate into a regional military superiority that is sufficient to deter Russia. NATO lacks an adequate policy, force structure, coordination, and command and control system in the Black Sea region.

The Montreux Convention, signed in 1936, outlines the tonnage of non-Black Sea warships allowed in the sea, limiting their presence in the area to twenty-one days. To date, only small contingents of US and allied NATO ships have visited the Black Sea for even limited exercises and deployments, such as those that occurred in April this year. Russian aircraft buzzed these ships.

While the obsolete navies of Bulgaria and Romania have undertaken some modernization efforts, their naval, missile, and air force systems ultimately remain unprepared. A coherent NATO policy is needed to stand up a joint deterrent force to prevent future Russian aggression. Turkey has to play a pivotal role in this defensive realignment, which aims to protect NATO members and partners from Moscow’s adventurism.

To achieve the goal of securing the Black Sea arena, NATO needs to accomplish a number of tasks. These include:

Action at the Warsaw NATO Summit

In Warsaw, NATO needs to reestablish the Alliance’s credibility, capabilities, coordination, and deterrence efforts in the Black Sea. This should all occur prior to the security dialogue that, one hopes, will eventually take place with Moscow—after it comes down from the tree of truculence it climbed in 2014.

The Black Sea is a sensitive, vital, and somewhat neglected region that Russia has attempted to dominate since the last quarter of the eighteenth century, when Catherine the Great and Grigory Potemkin controlled its northern shores and occupied Crimea.

Today, NATO can prevent Russia from dominating the Black Sea, but it must take the necessary steps of building a joint command structure and deploying critical deterrence assets and capabilities. It also has to develop a clear strategy to contain and deter Russia. Only then can NATO protect its allies and keep the Black Sea a sea of tranquility.

Ariel Cohen is a nonresident senior fellow at the Eurasia Center at the Atlantic Council.

Image: The Russian navy’s large landing ship, Yamal, is escorted by a Turkish Navy Coast Guard boat as it sets sail in the Bosphorus in Istanbul, Turkey, on its way to the Black Sea on June 14. (Reuters/Murad Sezer)