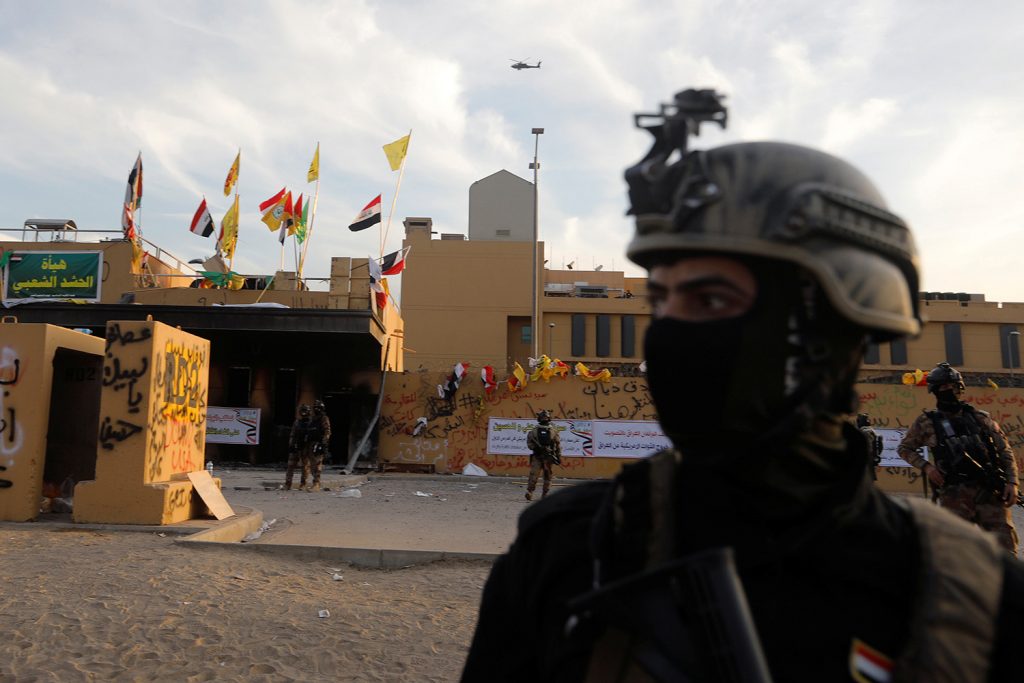 In early 2019, I predicted that US forces would remain in Iraq this past year despite calls in parliament to pass a law mandating their withdrawal. My prediction was right. My prediction for 2020 is that no US forces will remain in Iraq by the end of the year. As someone who firmly believes in the importance of robust US-Iraq ties and works hard to help both sides improve and strengthen the relationship, I am saddened at this recent deterioration and am concerned about the future.

How did we get to this new low and potentially game-changing turning point in US-Iraq relations and what does it mean?

For starters, if Iran was behind the attack on the Iraqi base near Kirkuk on December 27 that killed an American civilian contractor and wounded Americans and Iraqi servicemen and they were hoping to get the United States to strike inside Iraq, Tehran got exactly what it wanted. Iraqi political blocs of all strips condemned the US reprisal that hit Popular Mobilization Force (PMF) targets in Syria and Iraq and killed over twenty-five people. Moreover, some Iraqi political leaders are now calling on the government to ask for the withdrawal of US troops.

The protesters who have been camped out in Tahrir Square for months will now also likely add the removal of US forces to their growing list of demands for the next prime minister, who has still not been appointed after weeks of uncertainty following Prime Minister Adil Abdul-Mahdi’s resignation. While Abdul-Mahdi managed to prevent a parliamentary vote to demand the US troop withdrawal last year when his government was firmly situated, the situation now is quite different. Now Abdul-Mahdi has no legs to stand on in terms of negotiating power, and the next prime minister will not be in a stronger position.

For all these reasons, the days of the United States’ sizable diplomatic, military, and business presence in Iraq are numbered. It is likely that several Iraqi armed groups allied with Iran will revert to their pre-2012 mode if they do not get their way via political means, as cleric Moqtada al-Sadr has written. Moreover, the attack on the US Embassy demonstrated that the Iraqi government and its security forces are unable to reign in all the armed non-state actors when these groups are determined to take matters into their own hands.

As we have seen in recent days, key Iraqi leaders have embraced the rise of anti-US sentiment. Iraqi cleric Moqtada al-Sadr has said that he is willing to work with Iran-backed militia groups—his rivals—to end the US military presence in Iraq through political and legal measures, and Grand Ayatollah Sistani’s office released a statement condemning the US attack and calling for respect for Iraq’s sovereignty.

The US Embassy in Baghdad has been breached by protesters several times, including the first sit-in outside the Embassy since 2003. PMF flags are flying outside the fence, someone has graffitied “closed at the people’s order” on an outside wall, and some political leaders such as Iraqi National Security Advisor Faleh al-Fayyadh and Hadi al-Amiri have participated in the demonstration outside the Embassy. The Iraqi government explained al-Fayyadh’s presence as his attendance of the funeral of the PMF members who were killed in the US attack. While the PMF organizers have promised they would not enter the Embassy, they have vowed to remain camped outside until it is closed. This development has occurred faster than even the most pessimistic analyst would estimate. The scene was reminiscent of Tehran in 1979, a reference also made by some leaders on the ground.

One of the most important consequences of this crisis is that any pro-US prime minister candidate will have next to zero chance of confirmation by Iraq’s parliament in the coming weeks. Another critical consequence, and one that will be exploited by many, is that the attention on Iraq will shift away from the protesters and the reforms they are calling for to the “more newsworthy” events in the Green Zone and the aftermath of the attack on the US Embassy. This is a regrettable turn of events for all parties, and it is likely to get worse before it gets better.

The demonstrators who camped outside the US Embassy have agreed to dismantle their tents and clear the area at the request of the Iraqi government and the orders of their respective leaders. They said that their message was received and they scored a victory for the time being. Their next step is to take the fight to parliament to expel the US troops. This step has been the goal of many Iraqi leaders since the victory over ISIS was announced.

Back in February 2019 when US President Donald J. Trump stated that US troops were stationed in Iraq to monitor Iran, many Iraqi leaders called for their expulsion, but the US administration managed to walk back the US president’s statement and assured the Iraqis that the US-Iraqi agreement and the Iraqi constitution that prohibits the use of foreign forces for such a purpose would be fully respected. The issue came up again when Israel bombed PMF bases inside Iraq in August 2019, but the United States avoided a crisis by denying any prior knowledge of the bombing or coordination with the Israelis. Now that the United States has struck the PMF inside Iraq, the pressure on the Iraqi government and parliament for the passage of the law that would remove US troops will be overwhelming. The law’s passage is only a matter of time. The only question is whether it will be a complete withdrawal, as the hawkish proponents call for, or whether there will be a compromise to mandate a significant troop reduction and leave a very small number of trainers.

The same goes for the outlandish demands to close the US Embassy in Baghdad. The United States will most likely be able to maintain a significant diplomatic presence in Iraq, but it will not be as large as it has been in the past. If the US-PMF relations remains as hostile as they have been, it will be very hard to maintain a strong US presence outside the fortified Embassy compound in the Green Zone. This is particularly important for the US companies that must have high confidence of security to operate if they receive major contracts in Iraq’s vital sectors. With the Iraqi government in a weak position to control the use of violence, the PMF will not go away. The only way to solve this problem is for the international community to allow a truly independent government to exist in Iraq. Otherwise, external powers such as Iran will continue to meddle in Iraq’s affairs and derail the progress it has made in the post-2003 era.

US strikes in Iraq and Syria: Managing the escalation

It is a very bad idea to turn Iraq into a battlefield (again). However, it is a worse idea to let Tehran use certain militias to continue to derail Iraq’s recovery, reconciliation, and reconstruction. It is certainly the case that the United States will have to accept a role for Iran in Iraq; however, the Iranians will likewise have to accept a role for the United States. If they do not, then the fault for turning Iraq into a battlefield lies with them.

The United States launched a series of airstrikes against the Iranian-backed group Kata’ib Hezbollah in Iraq and Syria on December 29, 2019.

Image: Members of Iraqi security forces are seen in front of US Embassy during a protest to condemn air strikes on bases belonging to Hashd al-Shaabi (paramilitary forces), in Baghdad, Iraq January 1, 2020. REUTERS/Khalid al-Mousily