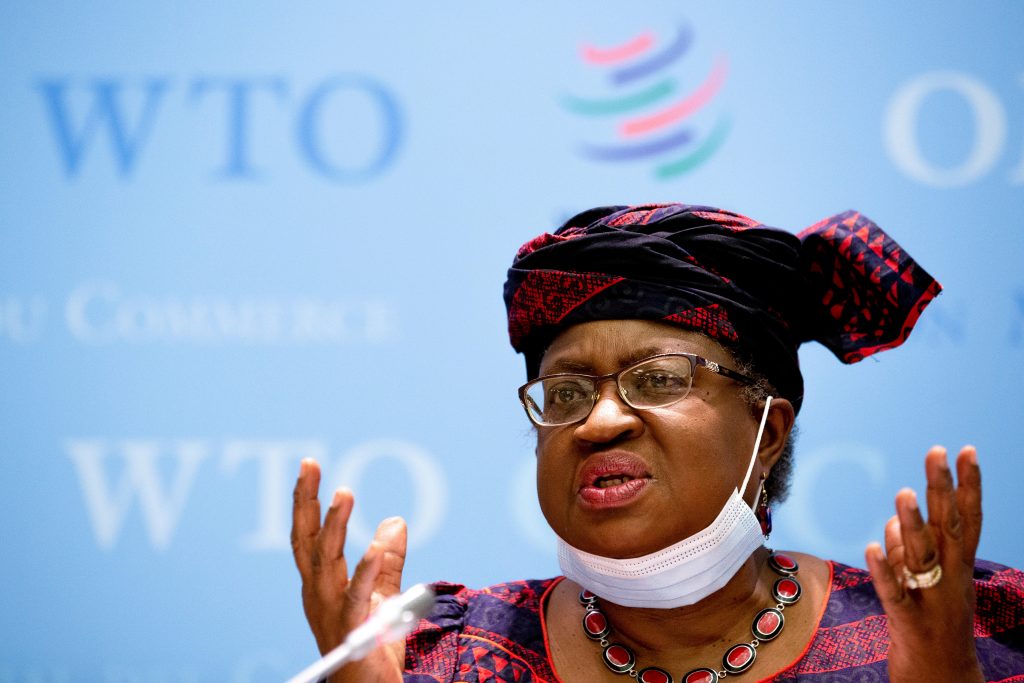 The unequal global recovery from the COVID-19 pandemic is fragile, warned World Trade Organization (WTO) Director-General Ngozi Okonjo-Iweala, and “there’s one thing behind that all: The issue of vaccine equity.”

“We’re not really going to have what is [a] sustainable recovery” as long as vaccine scarcity continues, Okonjo-Iweala said at an Atlantic Council Front Page event hosted by the Council’s GeoEconomics Center. “The supply scarcity is driving behavior,” she said, not only fueling countries to competitively bid on vaccines, but also to “bid away vaccines from COVAX,” the global coalition tasked with improving COVID-19 vaccine access. “That’s why COVAX has been struggling to deliver what it should.”

Okonjo-Iweala outlined ways the WTO can alleviate the scarcity problem across the supply chain for COVID-19 vaccines: by encouraging the removal of trade restrictions while working with manufacturers to unlock bottlenecks and spread their production expertise. “Without the transfer of technology and know-how, you also cannot manufacture or increase output,” she said. Members of the WTO are negotiating a proposal to waive intellectual property rights for COVID-19 vaccines, and Okonjo-Iweala hopes “they will come to a conclusion that is pragmatic, allowing developing countries to have access but also [protecting] research, development, and innovation.”

Meanwhile, the WTO, International Monetary Fund, World Bank, and World Health Organization proposed a $50 billion plan to end the pandemic, foster a sustainable recovery, and generate an estimated $9 trillion in global economic returns by 2025. Okonjo-Iweala said the plan includes $10 billion allocated to boosting preparedness for and prevention of future pandemics.

Here are some of the highlights of Okonjo-Iweala’s vision for the WTO, from her plans to revive trust among its members to her philosophy on bringing the trade body into the digital era.

A trust-building exercise ahead

A mission to get with the times

The Biden White House plan for a new US industrial policy

In a speech at the Atlantic Council, Director of the National Economic Council Brian Deese unveiled the Biden administration’s new strategy for creating American industrial strength. Here are his full prepared remarks.

Image: Director-General of the World Trade Organization Ngozi Okonjo-Iweala speaks during a news conference on the annual global WTO trade forecast at the trade body's headquarters in Geneva, Switzerland on March 31, 2021. Photo by Salvatore Di Nolfi via Reuters