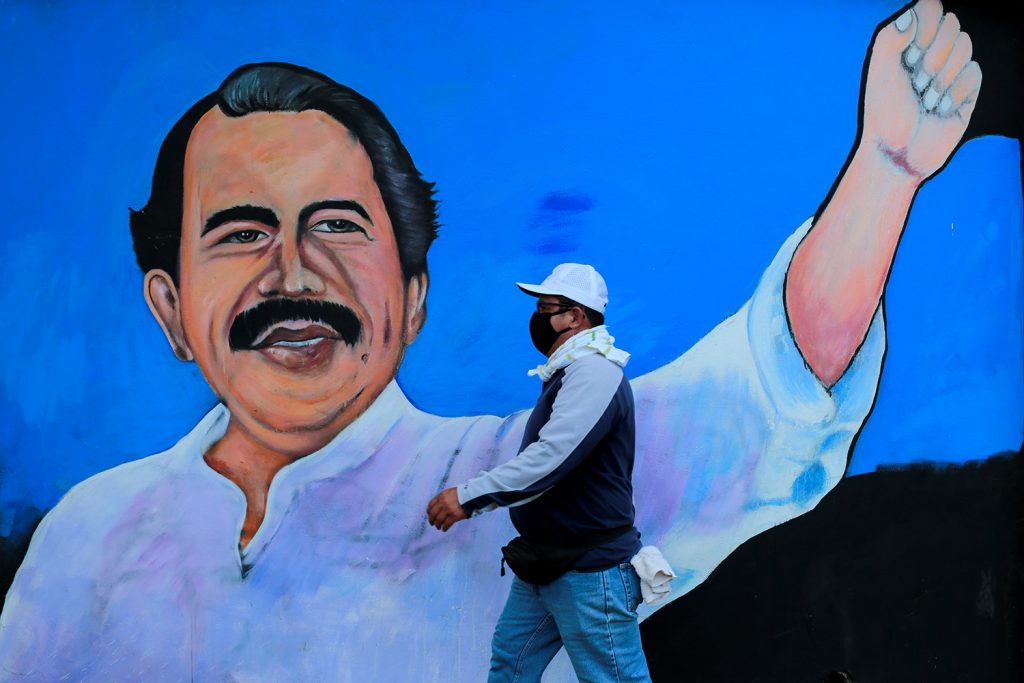 The humanitarian and political crisis in Nicaragua has not been as publicized or scrutinized by the international community as the severity of the situation necessitates. The current coronavirus (COVID-19) pandemic should change that—although it has not yet. In addition to the existing human rights concerns that were punctuated by the 2018 proposed social security cuts and the ensuing protests, where more than 300 protestors died, the lack of preventative measures in the face of COVID-19 and the fragility of the Nicaraguan healthcare system are a deadly combination for the country, its neighbors in Central America, and the Western Hemisphere.

If there is a lesson to be learned from the speed and magnitude of the spread of the virus in the past five months, it is that in a pandemic, the effectiveness of the actions a country takes greatly depend on the actions of that country’s neighbors. Each nation’s resiliency, preparedness, and efficacy to combat the borderless virus depend on regional and multilateral coordination.

In Central America, Costa Rica and Nicaragua offer one of the starkest comparisons of responses and preparedness. Costa Rica declared a state of emergency ten days after confirming its first case on March 6. They have implemented curfew and mandatory quarantine measures and have released aid packages to mitigate the economic impact. In contrast, Nicaragua failed to institute preventative measures throughout March and April, focusing instead on keeping people at work.

After participating in a virtual planning meeting with other Central American heads of state, during which Nicaraguan President Daniel Ortega shared no plans for his country, the president disappeared for thirty-four days. In March, stay-at-home orders in Nicaragua were replaced with mass parades and manifestations for “Love against COVID-19,” organized by Vice President Rosario Murillo—but she and her husband, Ortega, were notably absent. The Nicaraguan government has called demands for quarantine “alarmist and extremist,” and as of the last weekend of April, the government was still encouraging gatherings. Public schools remain open, although beginning early May, the government began to disinfect them weekly.

Official press releases declare that as of May 5, 2020, Nicaragua had only sixteen coronavirus cases and five deaths. However, doctors are reporting a sharp increase in “pneumonia” cases, and are vocally denouncing government reports. The country lacks not only strong leadership, but also the medical resources required to combat a spike of coronavirus cases. For the entire country of six million, there are only 160 ventilators—and over 80 percent of those are already occupied by patients with non-COVID-19 pathologies. Like all Central American countries, Nicaragua received 26,000 testing kits from the Central Bank of Economic Integration, but the government has instituted a nationwide limit of fifty tests per day.

Despite government encouragement to continue working, citizens have implemented self-isolation measures, moving to telework, closing stores, and keeping children home from school. Google Mobility Reports show that time spent at residences is up 10 percent—only half of the same measurement in Costa Rica, but notable given the effort the Nicaraguan government has put into keeping the country’s economy open. For example, legislators who attempted to telework were sanctioned by the National Assembly’s majority Sandinista party.

As Costa Rica prepares to slowly reopen businesses, its success in containing the spread of the virus is at risk because of its irresponsible northern neighbor. The two hundred-mile border between the countries is difficult to monitor, despite bilateral efforts to do so, and thousands of Nicaraguans continue to migrate south in search of economic opportunities and to reunite with family members. Nicaraguans are also migrating south to escape the repression of the Ortega regime. Costa Rica is not prepared: 2018 showed the extent to which the country’s asylum system is fragile. Costa Rica’s universal health care services have contributed to the fact that they have the lowest coronavirus mortality rate in the Americas, and the health system will care for all Nicaraguans, and other foreigners in Costa Rica, who need it. However, the health system cannot handle a new influx of migrants at a time when their most optimistic forecasts already anticipate exceeding intensive care unit (ICU) capacity.

Costa Rica will be faced with the economic consequences of the coronavirus at a time when the country’s fiscal situation is precarious. The Costa Rican Social Security Fund, in charge of the nation’s public health system, has struggled with increasing debt for years. On May 1, Costa Rica formally requested financing from the International Monetary Fund, citing economic troubles as a result of the coronavirus. Moreover, an estimated gross domestic product contraction of up to 6 percent and over four hundred thousand lost jobs means Costa Rica will see unprecedented poverty rates.

Nicaragua’s reckless response to COVID-19 puts an already fragile Central America at risk and should worry the international community. In the fight against this global pandemic, Nicaragua and Costa Rica provide a clear example of how one country’s flawed response to the virus can drastically impact its neighboring countries. As countries around the world approach combatting COVID-19, they must remember that this is a borderless phenomenon that requires concerted action.

The outbreak will have severe economic consequences for Panama, which is experiencing its weakest economic expansion since the global recession of 2009, but the shock does not end there: from a constitutional perspective, there will certainly be implications for a country characterized by corruption, impunity, and inequality.