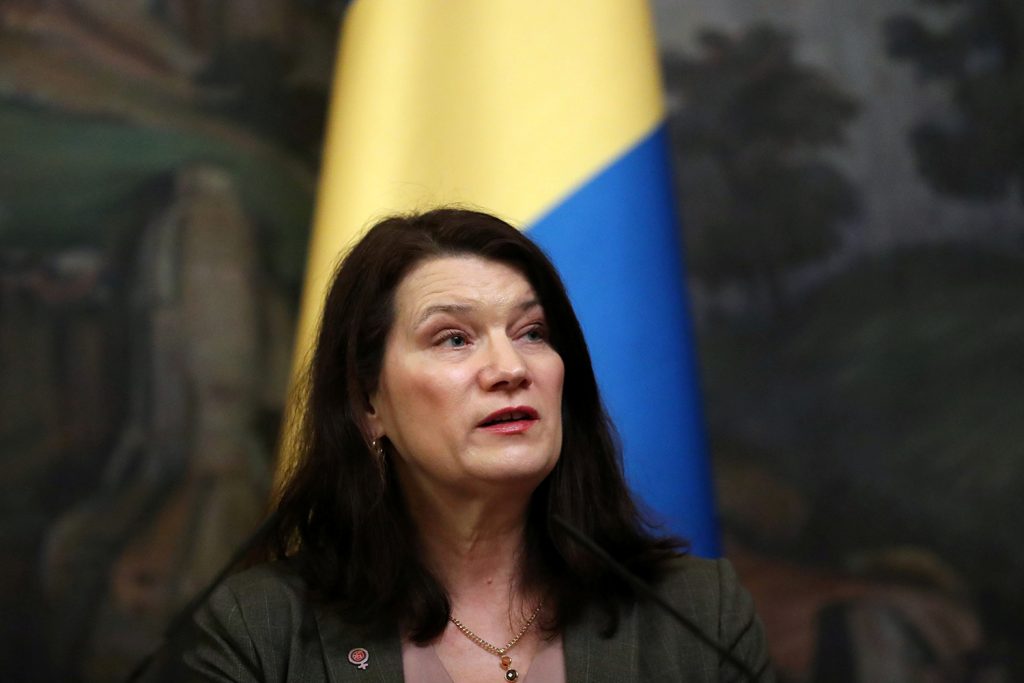 Although most international travel has been restricted to contain the virus, Linde argued at an Atlantic Council event that global trade has been an unnecessary victim of the initial panic of the crisis. “The vulnerability of global value chains [have been] really highlighted,” making it difficult to maintain economic activity and in some instances hampering efforts to manufacture needed medical supplies. She explained that some ventilator companies cannot procure supplies for production due to export restrictions, potentially worsening the already critical global shortage of this tool.

“There have been too many export restrictions,” Linde argued. “This should not be the time for protectionism and isolationism,” she added, but rather leaders should focus on how “the flow of materials [can be] kept open.” She specifically emphasized the need to “get trade back on track inside the European Union but also of course across the Atlantic.” Developed nations should also be ready to support emerging markets, according to Linde, as “if a second wave comes it could hurt them,” triggering a compounding economic crisis that would make a quick economic recovery impossible.

Linde further warned that international cooperation will be needed to combat the spread of disinformation and propaganda from authoritarian regimes, who are using the pandemic “to hinder democracy, rule of law, [and] freedom for journalists” in their own countries and attempting to “give a picture of a fragmented Europe, of government[s] that [are] not taking responsibility.” She suggested that pushing back on this narrative could be “something [that] we can cooperate [on] between Europe and the United States.”

The foreign minister also suggested that international policymakers remember to “have a gendered view on the pandemic.” Linde noted that some 70 percent of healthcare workers are women and that “many of them have unstable work” and lack sufficient protective equipment. She further stressed that it is already clear that women are “harder hit on the economic consequences than men” and are more at danger of domestic violence due to the lockdowns. As governments continue to adapt their responses to the outbreak and recovery plans, Linde argues they should “put on [their] gender glasses,” and not ignore the specific impact on women.

Sweden has garnered international attention for being one of the few Western countries to not implement widespread lockdowns in response to the COVID-19 outbreak. Linde explained that the government “does not believe in lockdown” but the “goals from the Swedish government in this are very much the same as most other countries: to hinder the spread of the virus, to try not have too many decreased…but it is also to mitigate the economic consequences.”

The government has instead relied on a mix of “legally binding measures” and “recommendations” to citizens to implement social distancing measures while avoiding a full shutdown. Authorities have banned large gatherings of people and prohibited visitations to elderly care homes, Linde said, but “restaurants, bars, and clubs” remain open, albeit with social distancing requirements and reduced capacity. Linde clarified that the decision to not force a lockdown is dependent on the adherence of Swedish citizens to these measures. “If the measures were not to be followed, the government would not be reluctant [to turn] to legally binding measures,” she argued.

Linde also defended her government’s resistance to calls from other EU member states for massive grants from the European Union or “coronabonds,” which would pool debt between EU members to fund coronavirus economic recovery efforts. “We do not believe that there should be unlimited grants to everyone…putting the EU economy in jeopardy,” she said. Stockholm believes, rather, that the Union “needs to prioritize differently in the budget, so that you don’t use money for things we cannot afford, but you do for things that are needed.” Linde maintained that Sweden does not “think the EU is strengthening by taking each other’s costs,” but will rather be saddled with dangerous debt when it tries to recover from the economic downturn.

Linde’s event with the Atlantic Council on April 29 was part of a “virtual trip” to Washington, taking the place of a previously scheduled in-person visit that was due to take place. She reported that she spoke with US Secretary of State Mike Pompeo on April 28 on a variety of topics, including Belarus, the Middle East peace plan, and nuclear disarmament. A large topic of discussion was the continued need to oppose Russia’s illegal actions in Ukraine and Georgia and potential aggression elsewhere.

Linde warned that “Russia believes that it is only a matter of time [before] the EU and other western powers will relax their attitude towards sanctions,” and called for leaders to remember that “violation of international law [must] come at a cost. Strategic patience here is of the essence.” Linde further maintained that the West should not give into the temptation to move off of their red lines on Ukraine in order to try to restart negotiations. “It is very important,” she argued, “that we don’t recognize the so-called People’s Republic of Donetsk and Luhansk as partners to the conflict,” but rather to remain committed to the protocols laid out in the Minsk agreement. The foreign minister also warned that the “pandemic is being used as a pretext for hindering the movement” of Organization for Security and Cooperation in Europe (OSCE) observers, potentially jeopardizing the ability of Western partners to keep tabs on the simmering conflict.

Linde and Pompeo also discussed the situation in North Korea, where a potential health scare for leader Kim Jong-Un has sparked varied rumors about his current condition. Linde stressed that Sweden does not see “the door closed” to negotiations between the United States and North Korea, which have stalled after two summits between Kim and US President Donald J. Trump. “It is never a straight line,” Linde explained. “It is always two steps forward, one step back…you have to have patience.” She noted that both sides had productive conversations in Stockholm in October and that Sweden continues to serve as “the guardian power for the United States” within North Korea, as their embassy and diplomatic presence remains. Although Kim’s health could throw current progress into question, Linde maintained that keeping peace on the Korean peninsula “is too important to quit.”