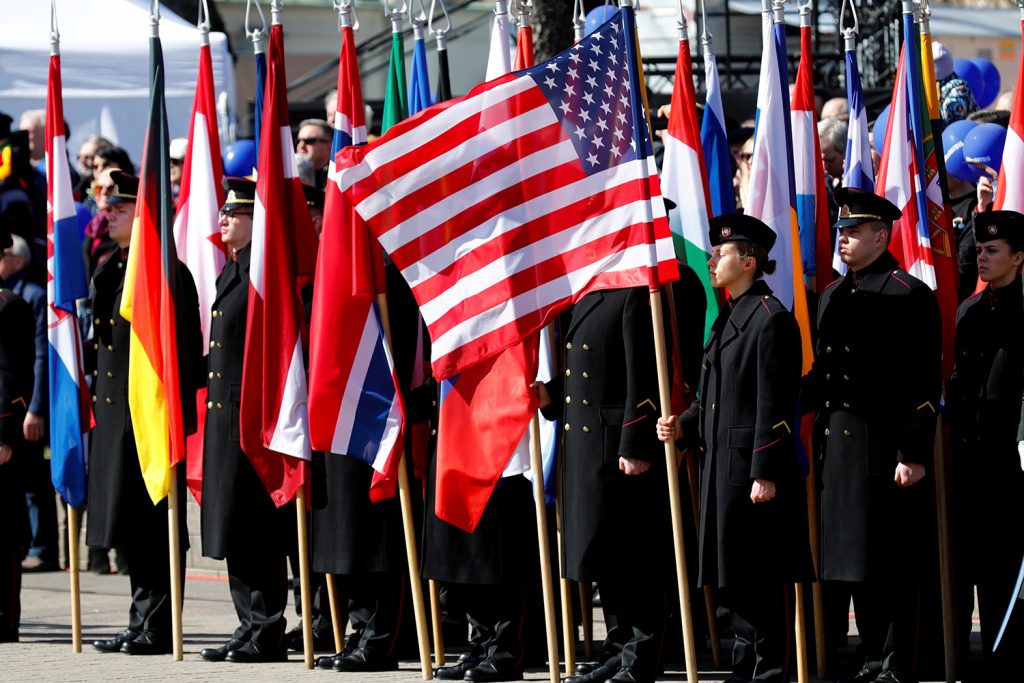 The “liberal world order” can be a pretty easy target to slam, and Professor Patrick Porter’s piece in “War on the Rocks” does a colorful job depicting its shortcomings. But his skewering portrait, useful as a cautionary tale, doesn’t show the way to a better alternative.

The phrase “liberal world order” functions more or less as a stand-in for the US-led system that emerged after World War II: a security system based on NATO in Europe and a set of US-led alliances in Asia; the European Union, which ended European nationalist rivalry  (a union which, US President Donald J. Trump’s claims notwithstanding, the United States supported from the beginning); multilateral institutions that created rules to support trade, finance, and development; and an elastic system that allowed for the rise of new powers after 1945: Germany, Japan, South Korea, and in principle, Mexico, Brazil, India, Saudi Arabia, Turkey, Egypt, and others. After 1989, the liberal system grew to embrace the newly self-liberated countries of Central Europe and offered post-Soviet Russia and rapidly-reforming China places in the system, though with mixed success.

The above description does nothing to convey the sense of confusion, improvisation, and anxiety that characterized the “liberal world order” even in its best years. The “Good Old Days,” much pined for today, seldom seemed that way at the time. Porter’s critique fairly points out the failures of the US-led system over the years; multiple examples of US hypocrisy as its steward (e.g. sometimes supporting dictatorships or holding itself exempt from its own rules); and US blunders, usually in the form of ill-considered military interventions—the Iraq and Vietnam Wars come easily to mind.

Porter makes two deeper critiques: first, that the liberal order is inherently expansionist, seeking to impose its values on the world and causing endless tensions; and second, that the “liberal order” is so amorphous it actually has no real meaning other than as scaffolding for US arrogance and imposition of the country’s self-anointed role as world savior. He calls it “fog.” Porter’s strongest argument is his warning against hubris. Indeed, being realistic about obstacles, one’s own assets, and the sheer complex nature of any problem you set out to fix, is a critical and needed piece of advice for the United States.

Porter’s argument loses strength, however, when he starts outlining his alternative, which goes beyond tactical realism to what I term doctrinal Realism, by which I mean a foreign policy view that national interests are defined as devoid of values while pursuit of values is dismissed as cant, cover, or simply unsustainable naivety. Tactical realism has its virtues, e.g., patience, and some of Porter’s  suggestions have merit—tactical restraint, arms control, diplomatic openings to one’s adversaries (he mentions Nixon’s opening to China), learning to live with some disorder, and other wise suggestions. But Porter also slips in some of doctrinal Realism’s worst ideas, such as when he praises the United States for “tacitly acknowledging  the Soviet sphere of influence in Eastern Europe during the Cold War.”

He’s right that the United States did exactly that, especially under Richard Nixon and Henry Kissinger. But it doesn’t look good in retrospect. What was “realistic” about assuming the Iron Curtain was forever and that a miserable system of tyranny and economic failure could be imposed forever upon 100 million unwilling Europeans? Realists at the time, Porter’s policy forebears, argued that US support for Poland’s Solidarity movement was futile and destabilizing and that Ronald Reagan was a warmongering simpleton for his talk of communism’s ultimate failure. But the Iron Curtain fell, pulled down as US-supported democratic movements gained power in Central Europe. Freedom and prosperity expanded in Europe—“shock therapy” economic reforms, that Porter criticizes, worked out well in Poland and the Baltic States. The Cold War ended on freedom’s terms and, although Porter objects to NATO’s enlargement, presumably because it violated the Kremlin’s sphere of influence that he oddly embraces, the twin enlargements of NATO and the EU helped create the most united, peaceful, and prosperous Europe in history.

Porter suggests that the liberal world order is inherently expansionist. But perhaps the rule of law, democracy, and freedom has an attractive power of its own, an inherent appeal. In that case, it is the Realist’s preferred system of spheres of influence that is actually unstable: tyrannies, like Vladimir Putin’s Russia and possibly Xi Jinping’s China, exercise repression at home and in their “spheres” either because they can’t deliver for their people or are made insecure by the example of democracy too close to home. And, partly for the same reason, they will always push to expand their spheres.

Yes, the United States was inconsistent and hypocritical in its years leading the free world. And, yes, the more extravagant promises of the liberal world order, e.g. to usher in Immanuel Kant’s era of perpetual peace between republics, fall apart when set against the messy realities of the real world.

But does reality’s messiness mean that the post-1945 international system—the liberal world order that the United States led—was meaningless? Was it nothing more than fog and cant, as Porter and many others charge? Let’s peer through the fog. Let’s instead compare the liberal world order not against the purity of its adherents’ most extravagant claims or against its critics’ abstract standards of unattainable perfection, but against the track record of its recent competition, Soviet Communism; the previous competitor of fascism; or against the pre-1914 system of imperialist balance of power. The liberal order gave the world generations of general great power peace and unprecedented prosperity. Stack that against the first half of the twentieth century.

Let’s set the liberal world order, for all its faults, against its current challenger: neo-nationalism and might-makes-right, which appear to be the ultimate argument of this generation’s set of authoritarian challengers: Russian President Vladimir Putin, Chinese President Xi Jinping, and others including, in some sense, Trump himself.

Restoring some imagined Golden Age is not the issue. The issue is whether the liberal world order can be fixed and reengineered to meet today’s challenges. That’s akin to Roosevelt’s challenge of reengineering US capitalism from the pits of the Great Depression: it’s no fun, and we’ll be hit as we try from left and right. But we’d better get started.

Democratic solidarity and the road ahead

By Ana Palacio and Daniel Fried

The United States needs to lead in devising both immediate and systemic responses to the coronavirus challenge, but not alone. Leadership means neither diktat nor incantation of old formulas. It means using American convening power to adapt tested principles to new challenges, crystalizing friends and allies—transatlantic, transpacific and not forgetting hemispheric—around a common agenda.

The Yalta Conference at seventy-five: Lessons from history

One lesson is that core values may have more viability than it seems, especially in the long term: for two generations after 1945, foreign policy professionals and scholars concluded that Roosevelt’s weak defense of Poland at and immediately after Yalta was pointless (or cynical) and that the principles of the Atlantic Charter were inapplicable east of the Iron Curtain. Soviet domination there, it was implicitly (and sometimes explicitly) accepted, was forever. But it turned out otherwise. The Yalta Conference failed but Yalta Europe was not forever. The strategic vision that Roosevelt spelled out in the Atlantic Charter and sought to realize at Yalta—even if miserably—now seems the right one.