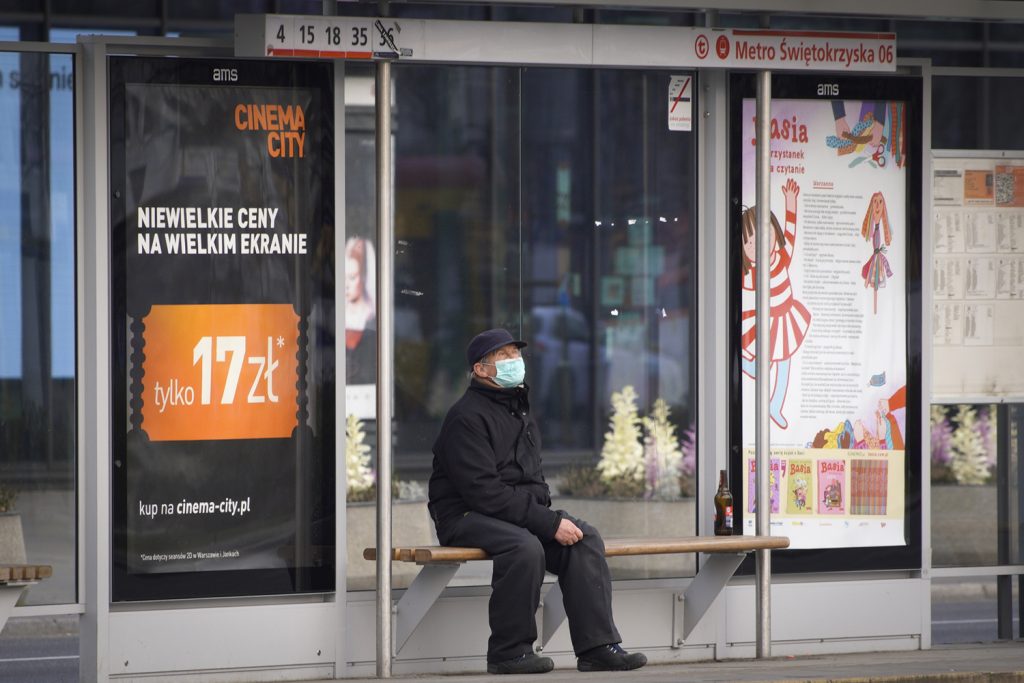 In the middle of March, when the number of coronavirus cases in Poland was only about 100 and deaths below ten, the Polish government reinstated border controls, shut down international air and rail traffic, and closed schools, kindergartens, restaurants, bars, shopping malls, cinemas, theaters, music halls, museums, and most stores. Gatherings of more than two persons—in churches five—were prohibited. People returning from abroad were ordered to self-quarantine for fourteen days. Face masks became mandatory in public places. The authorities even banned access to parks and forests, notwithstanding doctors’ recommendations that physical exercise outdoors is healthy.

Poland, where the number of sick people sick and deaths of COVID-19 (17,062 and 847, respectively, as of May 12) has been several times lower than in Italy, Spain, UK, or the United States, was one of the first European countries to introduce such blanket measures. They were well received by the population—according to polls, a majority of Poles have supported the government response. Even some opposition media applauded the restrictions, stressing that the increase in new cases had dropped from 30 percent to 10 percent daily. Support for solutions like the Swedish model—almost no restrictions in order to “achieve herd immunity”—was low.

The government claims that the lockdown has been effective because it flattened the curve of coronavirus cases. New cases have averaged about 400 per day since April. However, the rate of testing in Poland remains very low, so the actual number of infected people may be considerably higher. With respect to the number of COVID-19 tests administered per capita, Poland ranks 23rd among twenty-seven EU members. According to some commentators, instead of a radical lockdown which harmed the economy, Poland should have emulated South Korea where restrictions were low and tests comprehensive.

The restrictions hit Polish economy hard. Gross domestic product is expected to plummet this year by 4 percent, according to the government’s own estimates. Small and medium size businesses have suffered the most. On April 1 the parliament passed the “crisis shield,” a bill intended to mitigate the effects of the health crisis. Under the law, the state would temporarily cover social security contributions by small and self-employed entrepreneurs, and co-finance salaries of workers in companies whose turnover has dropped due to COVID-19. Though subsequently amended, the law is being criticized as doing too little to save some businesses. Employers complain that the government assistance is conditioned on too many bureaucratic formalities.

On April 20 the government started to loosen the lockdown restrictions. In the first stage, it lifted the ban on visiting parks and forests was lifted and allowed more people in stores and churches. In the second, it allowed hotels, shopping malls, outpatient medical facilities, museums, libraries, art galleries, and some sports facilities to re-open as of May 4. Nurseries and kindergartens may reopen as well, though the decision is up to their management or local governments. In the third and fourth stages, restaurants, barber shops, beauty salons, gyms, cinemas, and theaters are to reopen and sport events for up to fifty people (but without fans) will be permitted. School closures were extended until May 24. The face covering requirement remains in place.

The opposition has criticized some of the measures, arguing that kindergartens and nursery schools should not reopen, because children be infected and transmit the virus to their parents and grandparents. Critics say the government wants to avoid paying benefits to parents for childcare at home. The same critics argue that schools should be reopened because older kids can be persuaded to behave responsibly and they are not in great danger of getting sick.

Prime Minister Mateusz Morawiecki says the easing of the lockdown will depend on the health situation and that some measures could be revoked if the situation deteriorates. On April 29 he explained that the measures were possible because the number of recoveries has begun to outpace the number of new infections. He stated that the government “had the virus under some control,” called for people to stay home and promised to ramp up testing. He said that the lifting of restrictions would be announced in two-week cycles and depended on three criteria: the ratio of recoveries to new cases, public compliance with social distancing orders, and the efficiency of the health sector. Government critics say the of these factors has to do with the bad condition of the national health service (shortage of doctors, nurses, and medical equipment in state clinics).

The opposition and anti-government media stress that the narrative of fewer new cases than recoveries, suggesting an improvement of the epidemic situation, does not reflect reality. They point to the fact that while the reproductive rate (the average number of people who will catch the virus from one infected person) has dropped below one in most European countries, it remains above one in Poland. According to the European Center of Disease Control, Poland is one of three EU countries where the epidemic is not weakening, the others being Romania and Sweden. Elsewhere, except for Bulgaria, it is in retreat. What is especially worrying, according to the weekly magazine “Polityka,” is the fact that the government has not referred to any scientific reports or analysis to justify reopening the economy.

All this suggests that easing the lockdown in Poland had less to do with the health situation and more with saving the economy and preventing the overload of the healthcare system. Another reason, say critics, was the need to convince the public that there was no reason to postpone the May 10 presidential election. Opposition parties warned that holding the election would have placed the health of many people at risk and complained that their candidates were not able to campaign (due to the ban on gatherings), while the incumbent, Andrzej Duda, had crisscrossed the country to meet with voters. Many Poles believed the easing of restrictions was politically motivated. Almost 60 percent declared that they would not vote on May 10. The May 10 election was eventually postponed, avoiding the most confrontational potential scenario, and no new date has been set, but the government still seems to want to hold it as soon as possible.

Tomasz Zalewski is a journalist at Polityka, a Polish weekly magazine.

Image: An elderly man wearing a surgical mask is seen waiting at a tram stop in central Warsaw, Poland on March 29, 2020. (via REUTERS)