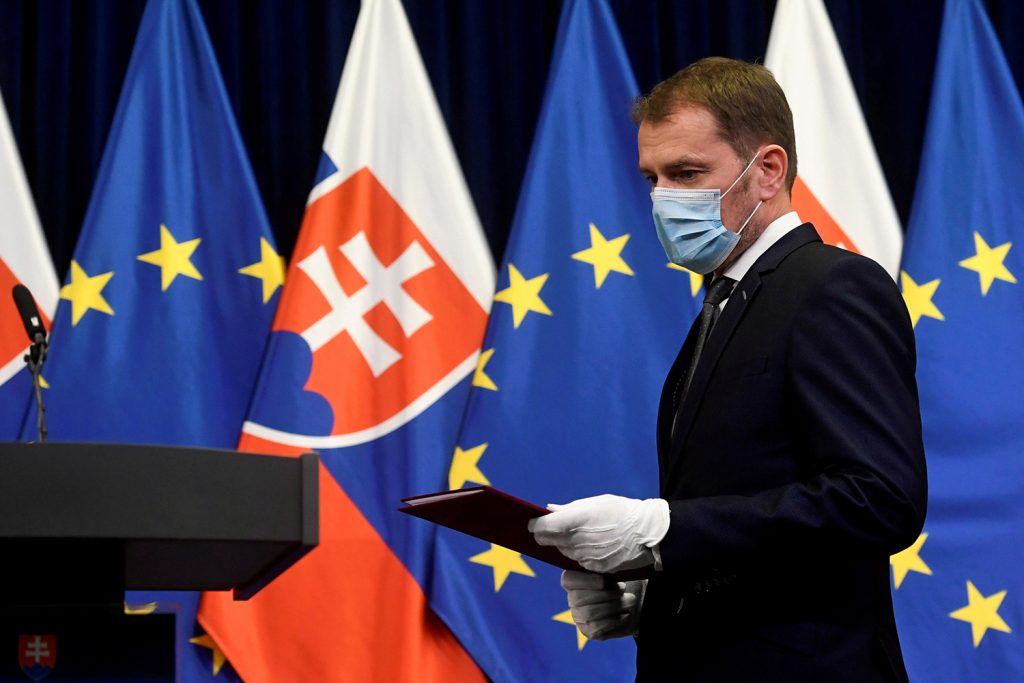 Economically and socially interconnected with other European countries, Slovakia is relearning how to live surrounded by walls. While the coronavirus crisis has invoked anxiety in a society that has not yet fully recovered from the traumatic experience of living under a communist regime in a divided Europe, the stronger borders that have come with the crisis have alleviated apprehension for many.

The country has seemingly achieved a first-mover advantage: a border shutdown and aggressive social distancing measures were introduced ahead of the curve compared to other European countries. These measures have helped keep fatalities and rates of new cases very low.

While the story is far from over, this encouraging state of play is rather remarkable given that the country has undergone a transition to a new government while simultaneously responding to the global health emergency. But Slovakia now needs to find ways to prepare for a post-COVID-19 world. Borders and national solutions can only provide necessary relief during an emergency. Looking ahead, the country will be tasked with finding ways to resolve the tension between attaining a false sense of security through national measures and walls, on the one hand, and the need to restore economic prosperity, on the other, through common European solutions. As a small country, Slovakia can only survive if the latter emphasis prevails.

From an economic perspective, restoration of the European single market will remain key to the country’s success.

Physical controls have been a cornerstone of European measures aimed at isolating epicenters and creating safe areas. For Slovakia, this is a difficult setback.

The small country is tightly integrated into European supply chains and manufacturing, and delays at borders will equate to a loss in economic activity. In addition, a total of 5.5 percent of Slovaks commute to work in a neighboring country and thousands of Slovaks live in or regularly visit Austrian and Hungarian towns that function as suburbs or shopping outlets for Bratislava. Though Slovakia was among the first countries to shut its borders to stop the spread of infectious disease, it will be among the most eager to find ways to re-open them.

Slovakia’s connectivity to the global economy and insufficient sectoral diversification will further compound the financial impact of the crisis. The National Bank of Slovakia is already forecasting a 5-10 percent contraction. It has long been known that the country was at risk of becoming a victim of its own success. Its growth into a prospering manufacturing-driven economy has come at the cost of properly developed innovation and research and development (R&D) sectors.

This round of shock therapy, nevertheless, might induce long-overdue economic reforms. The new government could—and has no other choice but to—use this clean slate to restructure the economy. The EU’s R&D priorities, in particular, could benefit the country, when the new European budget is finally agreed upon.

While the case for economic cooperation is clear, it is hindered by the Europe-wide tendency to seek inward-looking national solutions. Many Slovaks, like other Europeans, will likely feel safe “at home.” As during the 2015 migration crisis, this is partially about preventing the “other” from coming into the country. But more consequentially, a perception is being reinforced that Slovakia, with its aggressive response, has done a better job at managing the crisis than many Western European countries, further sowing doubts about how reliable the Western model and European solutions are.

Like other countries, Slovakia will need to compromise at the European level. The point needs to be made to the domestic public, traumatized by its own hardships, that Spain or Italy is in an even more dire need and that recovery of the entire European economy is vital for Slovakia’s own resurgence.

Although it will not be easy to resolve these quandaries, the pre-conditions are already there for sustainable success.

While some of its neighbors are utilizing the pandemic to waive illiberal flags, Slovakia’s new multi-party government has been pursuing a different course. The country’s adopted measures align by and large with those adopted by the majority of EU countries and have gained the support of the Slovak population. Over 60 percent of Slovaks, furthermore, have expressed trust in the information communicated by both the outgoing and new prime ministers, thereby putting a counterweight to any populist tendencies in the region.

What this all means is that the reflex to seek national solutions is currently being squared against the country’s economic inter-dependence and symbolic associations with Europe. As a small country that still has much to benefit from closer economic relations, interconnectedness is likely to win out in any battle of paradigms.