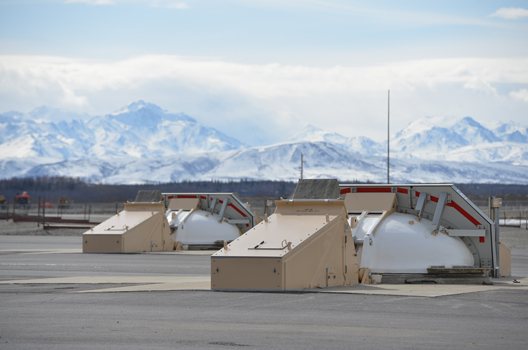 The Trump administration rolled out a series of national security and defense policy reviews in late 2017 and early 2018, but one important document has yet to be published: the Missile Defense Review (MDR). Insiders predict the MDR could be published as early as next month, so what can we expect?

It is likely that the MDR will call for a robust US missile defense system that looks to substantially increase US capabilities. As US President Donald J. Trump stated on August 23, 2017: “We are committed to expanding and improving a state of the art missile defense system to shoot down missiles in flight. And we are getting better and better at it. It’s actually incredible what’s taking place.”

In light of the growing missile threat posed by adversarial states to the United States and its allies, the approach Trump described is the correct one. Of foremost concern is North Korea, which is on the verge of acquiring the ability to hold the US homeland at risk with the threat of nuclear war.

While there is hope that North Korean leader Kim Jong-un will follow through on his promises to denuclearize the peninsula, there is good reason to be skeptical of his claims. The Trump administration has made it clear that the United States will not alter its approach or ease pressure on Pyongyang until complete, verifiable, and irreversible disarmament has been achieved.

Therefore, the Trump administration’s MDR will likely prioritize defense of the US homeland and the Ground-Based Midcourse Defense (GMD)—the only missile defense interceptors designed to defend attacks against the continental United States. The MDR will likely also allocate funds to new technologies, including directed-energy systems and space-based sensors.

A strengthened US missile defense system will contribute to the deterrence of a North Korean attack on the United States by increasing the probability that any attack would be thwarted. Should Kim choose to launch an attack anyway, the system will save American lives. US missile defense systems can also contribute to the assurance of US allies in Asia by making it clear that the United States can protect Japan and South Korea while running few, if any, risks of attack against the US homeland.

Moreover, US missile defense systems cannot remain static; they need to evolve to ensure continued escalation dominance over North Korea. As Chairman of the Joint Chiefs of Staff General Joseph Dunford, said, “As the capacity of the threat increases…we need to be concerned about ensuring that our ballistic missile defense capability keeps pace with that [threat].”

“We do think an increase is warranted,” he added.

Critics will argue that missile defenses do not work by pointing to an imperfect test record, but US missile defenses continue to improve in terms of technical capability and success rates. Moreover, even a partially effective defense complicates enemy calculations, requiring adversaries to calculate potential success.

Missile defenses are not intended to provide a perfect defense on their own, but to work in conjunction with other systems, including offensive strike capabilities to blunt an impending attack. As Trump argued, “We will develop new surveillance and long-range strike capabilities to prevent our enemies from launching [missiles] in the first place.”

If the prospect of deterrence and defense are not convincing enough, other critics will claim that missile defenses are not cost effective because offensive missiles are cheaper than defensive ones. This may be true for great-power competitors like Russia and China, but there is little doubt the United States can compete and win in an arms race with North Korea.

As a final objection, some will argue that missile defenses are “destabilizing,” and they increase the risk of nuclear war. However, as explained above, US missile defenses deter US adversaries by forcing hostile nations to adjust their risk calculus when contemplating a strike on the United States. Improved missile defenses would also provide Washington with the freedom to take military action when necessary to defend its interests. If missile defense systems can create these circumstances, then this is the sort of instability that should be welcomed.

After years of underfunding the only systems that ensure national survival against the most dangerous strategic attacks, there is reason to believe the forthcoming MDR will set US missile policy on an improved trajectory by expanding existing defenses and researching next-generation technologies. At a minimum, recent administration statements provide some reason for optimism. Still, as Trump often says, “we’ll see what happens” when the MDR is published in the coming weeks.

Matthew Kroenig is deputy director in the Scowcroft Center for Strategy and Security at the Atlantic Council, an associate professor of government and foreign service at Georgetown University, and the author of The Logic of American Nuclear Strategy. You can follow him on Twitter @kroenig.