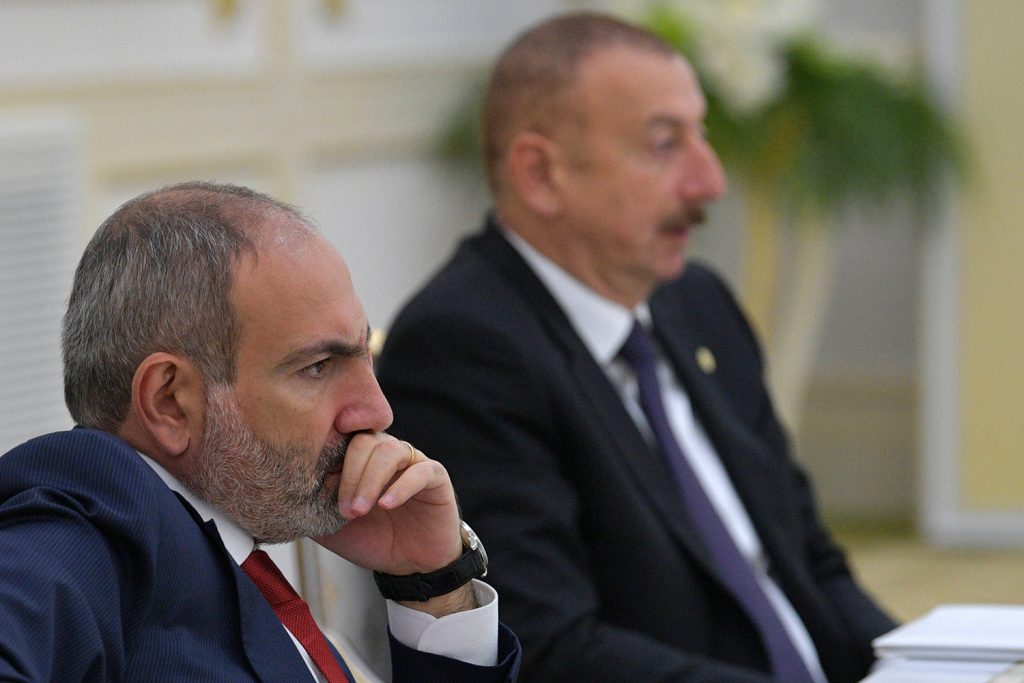 Last month, Armenia and Azerbaijan had their second most serious flareup in fighting since their 1994 ceasefire during their war over Nagorno Karabakh. These latest clashes may have unleashed a dangerous new geopolitical dynamic: heavy weapons fire near strategic transportation assets, military posturing between Russia and Turkey, and lack of an appropriate mediation mechanism. In the absence of US or EU leadership, it may be up to Turkey and Russia to redirect Azerbaijan and Armenia away from the battlefield and toward the negotiating table.

The location of these latest clashes is significant. Tovuz is far from Nagorno Karabakh, which, along with its seven surrounding regions, is internationally recognized as part of Azerbaijan but occupied by Armenia.  Frustrated by Armenia’s non-compliance with four United Nations Security Council resolutions demanding Armenia withdraw immediately, Baku has threatened to liberate these territories by force. But Tovuz is different. It is one of the last places Baku would want to see fighting because it lies directly on strategic transportation lines that are essential to Azerbaijan’s independence, economic vitality, and strategic significance. These are the:

This infrastructure is also strategically important to the United States and NATO. Washington has promoted these oil/gas pipelines for twenty-five years to help its European allies reduce their dependence on Russia, while also avoiding Iran. Meanwhile, the road and rail lines and airspace above comprise a crucial US logistics channel into Afghanistan, enabling one-third of all non-lethal supplies to NATO troops at the height of the Afghan war. And by providing alternatives to China’s Belt and Road Initiative, these transit links can also help the countries of Central Asia and the South Caucasus maintain their own financial independence.

Russia, of course, opposes these routes, seeking to maximize flows of energy, goods, and data via its own networks. Tehran, meanwhile, is expanding its trade corridor into Armenia and onward to post-Soviet and European markets thanks to Armenia’s membership in the Eurasian Economic Union (led by Russia) and its Deep and Comprehensive Free Trade Agreement with the EU. Iran has also reportedly been delivering fuel to Nagorno-Karabakh via Armenia, while Iran’s airspace was essential for Russia’s delivery of weapons to Armenia following its clash with Azerbaijan in July.

Azerbaijan’s shelling of Armenia’s sovereign territory in Tavush, even if in self-defense, provides a justification for Yerevan to request military assistance from the Russia-led Collective Security Treaty Organization (CSTO), a military alliance that includes Armenia, Belarus, Kazakhstan, Kyrgyzstan, and Tajikistan.  Armenia’s leaders have long tried to leverage the CSTO against Azerbaijan. They were unable to do so during larger military clashes in April 2016 because that conflict occurred on Azerbaijani territory (near Nagorno-Karabakh). At that time, then-Secretary General of the CSTO Nikolai Bordyuzha explained that the CSTO could assist Armenia only if an attack occurred on Armenia’s internationally recognized territory.

Last month’s fighting, in contrast, occurred partially on Armenia’s sovereign territory, which provided Yerevan an opportunity to request an emergency session of the CSTO. Yerevan quickly withdrew its request, however, as an evenhanded CSTO statement on July 14 criticized the “…violation of the ceasefire agreed by the leaderships of [both] Armenia and Azerbaijan.”

Russia nevertheless responded unilaterally, launching its own snap combat drills in Armenia during July 17-20, drawing on its 102rd military base in Gyumri, Armenia.

Turkey also responded firmly. President Recep Tayyip Erdoğan noted on July 14 that “Turkey will never hesitate to stand against any attack on the rights and lands of Azerbaijan, with which it has deep-rooted friendly ties and brotherly relations,” and condemning what he termed “Armenia’s reckless and systematic attacks” on Azerbaijan. Turkey’s Defense Minister Hulusi Akar then warned on July 16 that Armenia will be “brought to account” for its “attack” on Azerbaijan. Large-scale Turkish-Azerbaijani military exercises followed during July 29-August 10.

While Turkey and Russia square off in the South Caucasus just as they are in Syria and Libya, neither seeks further escalation. Russia was fought to a standstill by NATO’s second largest military in Syria last February and Libya in May. Turkey, meanwhile, has historically preferred to deter rather than confront Russia’s military adventurism, while preserving the countries’ strong economic relations.

The existing international mediation mechanism to contain conflict between Armenia and Azerbaijan, however, does not seem fit-for-purpose. The Minsk Group of the Organization of Security and Cooperation in Europe (OSCE) has mediated between Azerbaijan and Armenia since 1992. It is co-chaired by the United States, Russia, and France. (I was the US co-chair during 2006-2009).  The group’s mandate, however, limits its focus to Nagorno-Karabakh and its seven surrounding Azerbaijani regions rather than to Armenian territory. Even if its mandate were broadened, Armenian Prime Minister Nikol Pashinyan and Azerbaijani President Ilham Aliyev both seem to have given up for now on the Minsk Group. Pashinyan affirmed during an August 14 BBC TV interview that he had abandoned the basic principles of a Nagorno-Karabakh settlement negotiated by the Minsk Group to which his predecessor informally agreed in January 2009. Aliyev, meanwhile, cited “meaningless negotiations” with Armenia when he fired his respected and veteran Foreign Minister Elmar Mammadyarov on July 16. This occurred against the backdrop of tens of thousands of protestors in Baku demanding a revenge attack against Armenia for what they viewed as a military provocation in Tovuz.

It may therefore fall to Ankara and Moscow to fill a diplomatic vacuum and convince their respective allies to return to the negotiating table. Despite sharp differences with Russia and Turkey on many fronts, the United States and its European allies would be wise to encourage and shape such a forum. The alternative could be a mutual escalation of emotions and military tension between Azerbaijan and Armenia. While neither Armenia nor Azerbaijan could sustain a full-scale war, even a more limited armed conflict could knock out strategic assets on which NATO and the EU depend. The only beneficiaries would be Russia, Iran, and perhaps China and its Belt and Road Initiative.

Matthew Bryza is a senior fellow with the Atlantic Council Global Energy Center. He served as a US diplomat for over two decades, including as US ambassador to Azerbaijan and deputy assistant secretary of state for European and Eurasian affairs.

US foreign policy and Euro-Caspian energy security: The time is now to build the Trans-Caspian Pipeline

The Southern Gas Corridor (SGC) represents a historic success for Azerbaijan and the European Union (EU) in regard to their common quest for new energy supply sources and routes. Over the last decade, the EU has intensified its efforts to expand the SGC, seeking to attract gas from Turkmenistan. The time is now ripe to connect Turkmen gas with SGC infrastructure and the European market through a Trans-Caspian Gas Pipeline.