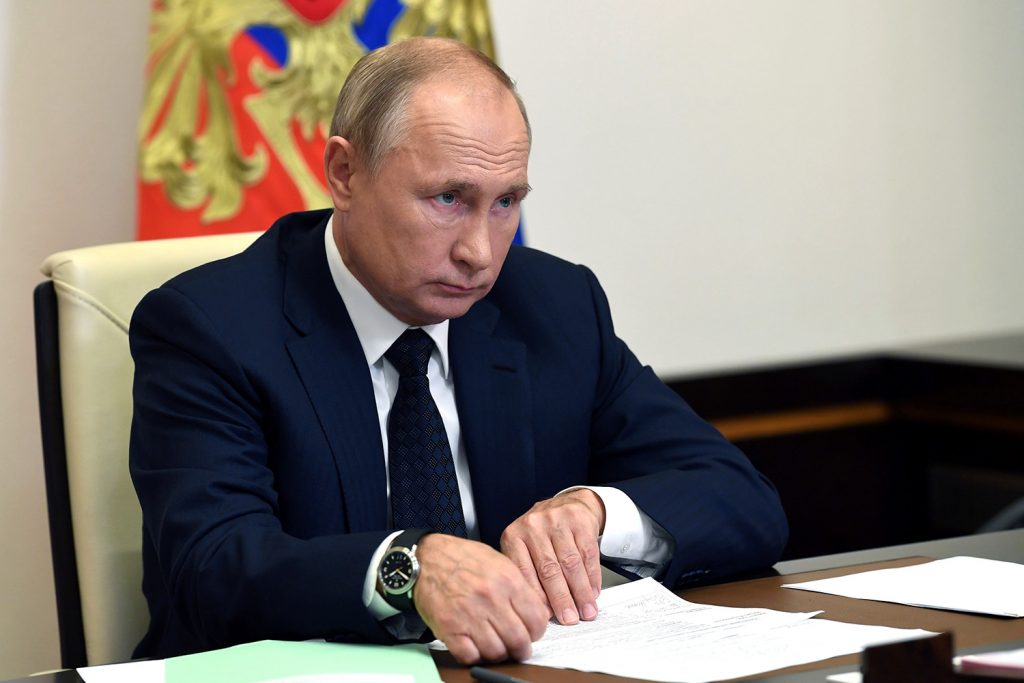 There has been a fairly broad consensus among Western governments in recent years that economic sanctions on Russia are working and need to be extended. In the European Union, their regular extension has been almost a routine decision that has not caused major public debate. And while the continuity of US sanctions policy against Russia was drawn into question at the start of the Trump presidency, any uncertainty in that regard ended in August 2017 with the enactment of the Countering America’s Adversaries Through Sanctions Act (CAATSA).

Nevertheless, since their introduction after Russia’s illegal annexation of Crimea and the destabilization of Ukraine in 2014, there has also been recurrent criticism of the sanctions and doubts about their efficiency. For example, some European leaders, mostly from countries located further away from Russia, have expressed skepticism toward the sanctions, reflecting the attitude of their voters, their trade interests, or their desire to reach out to Russia. At the same time, others in the West criticize the current sanctions as being too weak.

Russians themselves are, of course, downplaying the significance of the sanctions, because they want to portray their own strength and resilience, while making the sanctions appear useless hoping that this will eventually persuade Western governments to abandon them. Part of Moscow’s line is that sanctions are hitting Western countries harder than Russia itself. That is not true, even if the argument may resonate with those whose business interests are directly affected.

While a number of academic studies give different estimates of the extent of the economic loss, most of them support the view that sanctions have clearly reduced Russia’s economic development. The prohibition of long-term financing for certain large state-owned companies, including the major banks Sberbank and VTB, has been particularly significant. Another notable measure has been the export ban on certain sensitive technologies that can be used for oil production, because it hinders the exploration of important future resources in deep water, Arctic, and shale deposits.

But the biggest impact from sanctions might actually be a psychological one, as businesses try to avoid political risks and become hesitant to invest. Several studies suggest that sanctions have worked, in particular, by reducing foreign direct investment and even investments by Russian companies because of the threat of fresh restrictions and reputational risk.

There should be no question that sanctions have been effective in putting a limited but undeniable price on Russia’s internationally wrongful acts in Ukraine.

Almost simultaneously with the introduction of the sanctions in 2014 the price of crude oil decreased drastically. Of course, the drop in the price of oil had a much bigger impact on the Russian economy than sanctions, but it would be wrong to conclude that sanctions therefore had an unimportant effect. On the contrary, sanctions can be expected to have a bigger effect in a generally weak economic climate, where it is more difficult to mitigate their impact.

One oft-repeated argument by sanctions critics is that despite sanctions, Russia has adapted its economy and maintained moderate growth. However, the sanctions were never designed to ruin Russia’s economy. They were intentionally targeted to certain actors and sectors. Their aim was to cause tangible, but limited, economic harm, which they have done. It can be debated how much is enough, but the current sanctions have hurt Russia as planned. The Western sanctions tool has shown its ability to target key sectors in large economy like Russia.

It would also be unfounded to suppose that Western countries suffer more from the current sanctions than Russia. Certainly, sanctions affect countries differently; some always take a bigger burden than others. But it is difficult to identify one country in the West that has been hit the most. Besides, the biggest impact to the EU comes from Russian “counter-sanctions”—the set of import restrictions which are in reality part of Russia’s longer-term import substitution policy.

For example, Finland was notably hit by Russian counter-sanctions, with the biggest impact on Finnish dairy products, which have a strong presence in the Russian market. This created an impression of vast implications for Finland, even though in reality about 95 percent of the bilateral trade with Russia still remained free of economic sanctions and counter-sanctions. It is harder to estimate the indirect implications of sanctions, but certainly the biggest blow to bilateral trade was caused by the plummeting oil prices.

While Finland as Russia’s neighbor was bound to be affected by sanctions, there was broad political support and public understanding of the need for these measures within the country. That is because the Finns did not want to see borders again being shifted in Europe by power politics. From the outset, Finland also underlined the need to continue dialogue with Moscow.

The whole point of sanctions is to take economic measures to counter fundamentally unacceptable behavior. These measures may impact the lives of ordinary people, and will be costly for the implementing countries too, but they are taken in order to prevent developments which would be much worse.

Stated and implied goals of sanctions

Sanctions against Russia have not yet managed to bring about progress in the conflict in Ukraine. That is a real shame, but you should never expect to get easy and swift results through sanctions. They are effective only if a steady, logical sanctions policy is maintained in the long run. Sanctions will not be able to achieve success on their own, but always require a comprehensive policy to get the desired outcome.

The sanctions against Russia were also intended to have a broader deterrent effect beyond Crimea and the Minsk Agreements by demonstrating that there are consequences for breaking international law. The use of sanctions in response to continued violations of norms means that the West will not just give up, even if Russia does not change its behavior. Sanctions that could be so easily quashed would never have any effect, for sure. Giving up would also seriously damage the West’s credibility more broadly.

In addition to influencing their actual target, sanctions have important roles vis-à-vis domestic audiences and third countries. Their aim is to encourage compliance with international law and deter violations by third countries as well as stigmatize wrongful behavior more broadly. The message of not imposing sanctions when Russia tried to annex the territory of a neighboring country would have been disastrous.

Effective sanctions policy should be adapted according to the behavior of the targeted country. Further violations must lead to new, proportionate sanctions. Ideally, new measures should clearly reward or punish the target based only on its behavior; for example, they should not be primarily driven by domestic politics of the issuing state. Coherent strategy, prudent planning, and communication are therefore key to successful sanctions policy. If an international response is haphazard, the deterrent effect is very low.

Sanctions need to achieve broad international unity, starting within Europe. The EU is currently discussing the wider use of qualified majority voting (QMV) in the field of sanctions. That would have its benefits in terms of faster decision-making within the EU. However, even if QMV were the primary way of deciding over EU sanctions in some future, the EU should always aim for a unanimous decision among the member states. A united message is always stronger.

The EU and the United States should also revive tighter sanctions’ coordination. This has recently been difficult for many reasons, including the increased role of the Congress in US sanctions policy on Russia. Coordination will never be easy, because both sides have their own interests and different constraints. For example, the EU’s approach might occasionally seem overly legalistic from the US point of view because EU case law lays down strict requirements to protect fundamental rights of the targeted individuals and entities.

Juha Rainne is a Finnish diplomat and lawyer, currently on a study leave in New York. Twitter @juharainne.

The curious case of the US Treasury and Gaz Group

The US Treasury Department’s Office of Foreign Assets Control (OFAC) very quietly issued two extensions of general licenses on July 22 related to Vladimir Putin-tied oligarch Oleg Deripaska’s Gaz Group that, while apparently going unnoticed, constitute a significant change in the sanctions on Gaz, which can now seemingly operate according to something like business as usual.