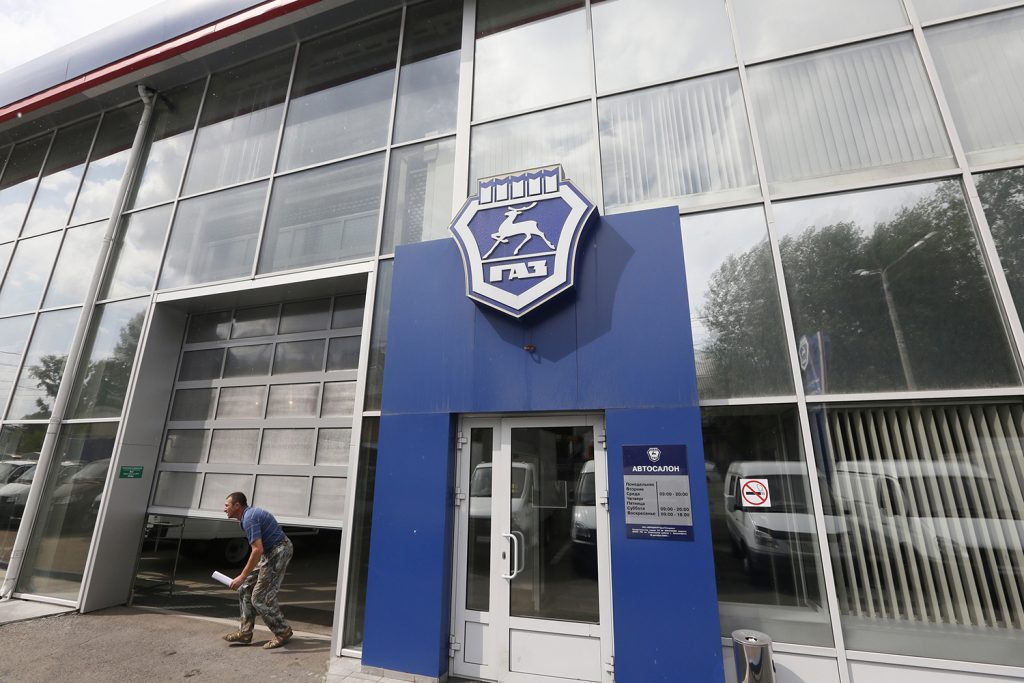 The US Treasury Department’s Office of Foreign Assets Control (OFAC) very quietly issued two extensions of general licenses on July 22 related to Vladimir Putin-tied oligarch Oleg Deripaska’s Gaz Group that, while apparently going unnoticed, constitute a significant change in the sanctions on Gaz, which can now seemingly operate according to something like business as usual. Gaz Group was sanctioned for being owned by Oleg Deripaska in April 2018, part of a sanctions action that rocked global markets because of the inclusion of Deripaska’s other major holding, Rusal, the world’s second largest aluminum firm. Gaz itself is a major Russian automotive company, although its inclusion in the 2018 sanctions attracted far less attention than the Rusal bombshell. At the same time of designation, OFAC issued two general licenses to authorize transactions related to divestment from and maintenance or wind-down (termination) of existing business with Gaz; fairly standard licenses for a large company subject to sanctions.

This most recent event was especially curious because of the vehicle used. The wind-down license, specifically general license 15, had been extended routinely as Treasury announced it was considering a divestment proposal from Gaz that would oust Deripaska. In fact, general license 15 had been extended eight times before last week. The ninth “extension” on July 22, however, was not an extension in any sense of the word. Instead, it was an expansion.

Instead of allowing only transactions related to maintain existing deals or wrapping up dealings with Gaz, general license 15I now authorizes essentially all business dealings—including new business—with Gaz through late January 2021, with the provisos that assets already frozen must remain frozen and that Gaz must provide regular financial statements and board minutes, as well as certifications that Deripaska has no control over Gaz, to OFAC.

I have authored or analyzed hundreds of general licenses and have never seen OFAC use a continuation of a general license to dramatically expand the scope of authorized activity. Typically, OFAC would issue a brand new license to retain some restrictions, as unblocking state-owned institutions in Libya in 2011, or formally delisting altogether, as with Rusal in 2019.

What is the argument for a significant reduction of sanctions on one of Russia’s largest automotive firms that is owned by a Russian oligarch closely linked to Russian President Vladimir Putin and rumored to be involved in trying to influence the 2016 US presidential election? The answer is not entirely clear, as the US government has remained mum on the issue to date. But there are several likely scenarios in play:

Whatever the case, however, it seems clear that the OFAC, perhaps at the direction of the political level at the Treasury Department or White House, took this unusual step to avoid scrutiny from Congress under the Countering America’s Adversaries Through Sanctions Act (CAATSA). CAATSA requires Congressional review of the lifting of sanctions imposed on Russia, and the lifting of sanctions on Rusal in exchange for Deripaska’s ouster in late 2018 generated major resistance on the Hill, with Congress coming very close to overturning the decision, despite broad support from sanctions technocrats on the matter, including the author.

By retaining the freeze on assets of Gaz already frozen, OFAC and the administration can argue on the technical merits that the original sanctions have not been lifted. Semantically, they would probably be right. But sanctions on a major Russian oligarch’s firm have been much reduced, quietly and without explanation.

Congress will almost certainly react badly if it perceives that the administration tried to subvert its legislation to lift sanctions against an oligarch unpopular with both sides of the aisle. And make no mistake, this will not escape Congress’ attention.

Obscuring the details of any deal and attempting to couch sanctions easing as an extension of an existing authorization encourages Congress and other observers to evaluate any deal less on the merits, as it should be, but via a political lens. I supported the Rusal delisting as being a relative success of managing impact to Deripaska versus spillover to the United States and its allies, but no detail is available to make any such merit-based judgement here. Gaz does not have nearly the same globally systemic reach as Rusal, suggesting less need for the Trump administration to make a divestment deal. Divesting Deripaska would need to come with significant benefit (i.e., financial harm to Deripaska, the primary target of the sanctions) to justify sanctions relief. Driving Gaz into bankruptcy may not have been the worst outcome; sanctions are, after all, intended to hurt. Whatever the details of a divestiture arrangement, it should not take place wholly out of view. The under-the-radar tactics seems to suggest skepticism is warranted.

Moreover, the Congressional review provision in CAATSA for sanctions relief has been creeping into broader use—most recently with the Hong Kong Autonomy Act in 2020—and perceived efforts to evade Congressional intent would all but assure that it makes more regular appearances in sanctions legislation. Getting away with it in this circumstance may well result in degradation of executive authority over the long-run. This kind of short-sighted decision making may be part and parcel of the Trump White House, but the Treasury Department generally acts more responsibly and strategically.

There is so much we still do not know about this decision and the fall-out that needs to be brought out for more public scrutiny. There are of course the details of any deal under consideration. But President Trump spoke to President Putin the day after this sanctions relief was announced. Given Gaz’s importance and Deripaska’s proximity to President Putin, it is reasonable to suspect that this came up. If so, that would mean that Russian sanctions relief was discussed while President Trump still has yet to raise the issue of Russian bounties on American servicemen and -women in Afghanistan.

But without details, we are left to speculation. The Treasury Department, the White House, and the entire administration may have a lot of explaining to do.

By Brian O’Toole and Daniel Fried

While nominally targeting Nord Stream II, Pompeo’s sanctions announcement may pit the United States against its NATO ally Germany in a stand-off over the long-disputed project.

Can Washington avoid a China “shake and bake”?

Washington is mounting a regulatory onslaught in response to China’s transgressions with no defined trajectory. The coming weeks will be a test whether US actions will send a clear message, or whether we’ll have a China shake-and-bake.

Two years ago, US President Donald J. Trump walked into the White House Diplomatic Reception Room and announced his intention to withdraw the United States from the Joint Comprehensive Plan of Action (JCPOA). The Trump administration reimposed sanctions on Iran and has adopted a policy of “maximum pressure” to compel Iran to change its behavior […]