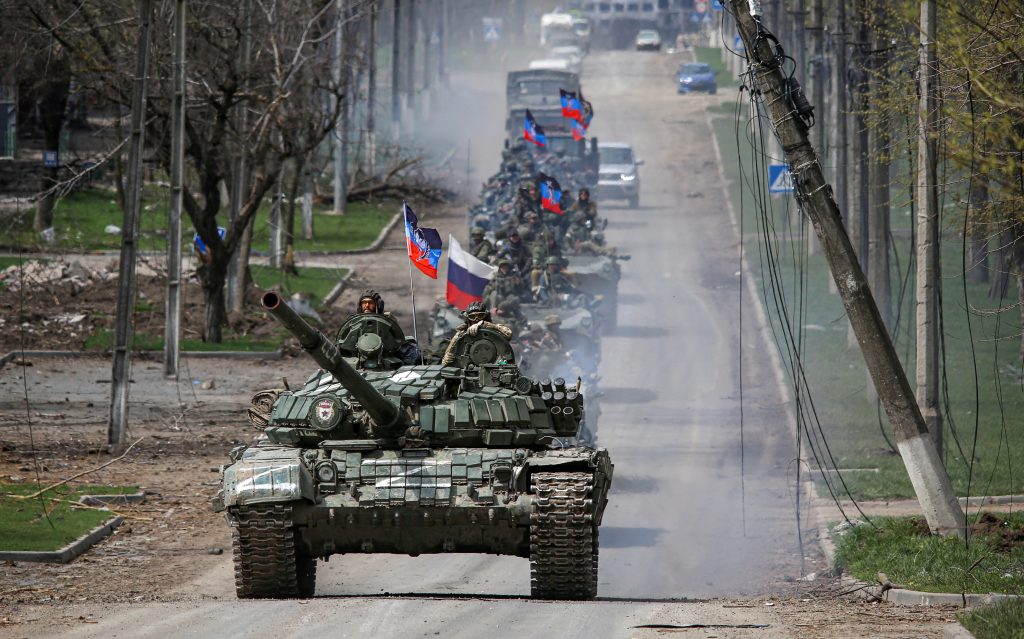 On June 17, pro-Kremlin Russian media outlet Moskovsky Komsomolets published an article that referred to Russian soldiers in Mariupol as “occupiers.” The article appeared online at 11:10 p.m. Moscow time with the following text: “Ukrainian paramedic Yulia Paevskaya (Taira), who was captured by the occupiers in mid-March in Mariupol, was released from captivity.” The website administrators deleted the article on either June 19 or June 20, but an archived version remains in the Wayback Machine.

On June 19, Moskovsky Komsomolets issued an apology via Telegram: “in the online broadcast of news about the special operation in Ukraine on June 17, a crude misspelling was made in connection with the description of the situation around the appearance of ardent Ukrainian nationalist Yulia Paevskaya (Taira) in Kyiv, who was previously captured in Mariupol.” The Telegram post said that those involved were punished “in the strictest manner, up to dismissal.”

Paevskaya has been a volunteer medic in the Donbas region since 2014. She was captured by Russian troops in Mariupol in March 2022. On June 17, Ukrainian President Volodymyr Zelenskyy reported that Paevskaya had been released from captivity.

In March, the DFRLab previously reported on a similar incident in which pro-Kremlin tabloid Komsomolskaya Pravda published casualty figures for Russian troops. The article was released at a time when Russian authorities were not sharing information about Russian losses. Unlike Moskovsky Komsomolets, Komsomolskaya Pravda did not delete the full article but instead deleted the paragraph mentioning the figures and blamed the error on a hack.

This week, several videos emerged of strategic locations in Russia catching on fire, including an oil refinery and hydropower plant. There is little evidence that the fires were caused by the Ukrainian Armed Forces. Given the high number of large-scale incidents this week, there is some possibility that these were deliberate acts of sabotage within the Russian territory.

On June 22, a fire was reported at an oil refinery in Novoshakhtinsk, close to the Ukraine border. Footage showed a drone flying toward the refinery and crashing into it, igniting a large fire.

The model of the drone that is seen in the footage has yet to be identified. Some open-source analysts speculated that the drone was a modified Ukrainian-produced PD-1 or PD-2, as these drones can carry nearly fifty pounds, and it is possible that the drone was modified to carry a larger warhead. However, other analysts did not believe that it was a PD-1 drone. Geolocation analysis of the drone video confirmed that the attack was carried out on the Novoshakhtinsk oil refinery.

Additionally, a video of Russian firefighters trying to extinguish the blaze surfaced online, along with photos of drone debris from the area of impact. The blaze has reportedly been put out.

Later, on June 23, a video surfaced of a factory burning in the Moscow region.

The DFRLab geolocated the footage to determine that the fire occurred at the Raduga Sintez plant, which deals with paints and varnishes, in the town of Elektrougli in Moscow Oblast. The cause of the fire is currently unknown.

Lastly, on June 23, videos surfaced of a fire in Gusinoozersk, Republic of Buryatia, Russia. The fire took place at a hydropower plant, causing areas in Buryatia and Transbaikalia to be left without electricity.

Chinese media reported extensively on Lithuania’s decision to ban Russia from using its territory to ship sanctioned goods to Kaliningrad, Russia’s foothold on the Baltic coast. The coverage primarily focused on Russia’s anger over the decision.

On June 17, Governor of Kaliningrad Oblast Anton Alikhanov shared on his Telegram channel a document received from state-owned Lithuanian Railways that detailed the ban. He also shared a video filmed in response. The story was first published by Moskovsky Komsomolets and Kommersant on June 17. By June 18, there were thirty-nine articles published in Russian on the topic, according to a query conducted using Event Registry, an online media monitoring tool that uses machine learning and artificial intelligence to group together articles about the same topic.

On June 19, the news began to spread in European and Chinese media. The Chinese-language outlet Liberty Times Net cited Sputnik News Agency while reporting on Alikhanov’s announcement. However, the story gained the most traction in Chinese media on June 21 and June 22, when fifty and sixty articles were published, respectively. 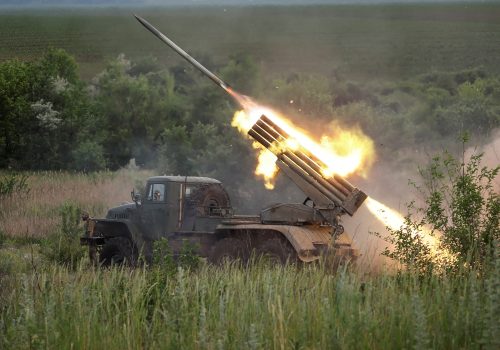 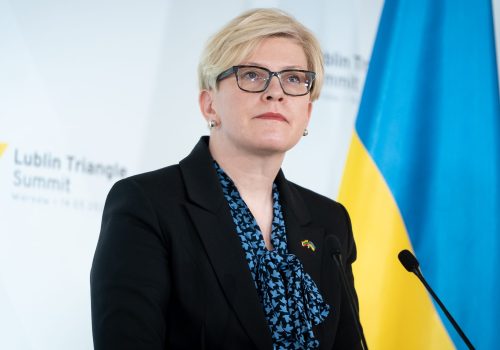 Lithuanian PM: Russia ‘keeps on proving we were right’

Prime Minister Ingrida Šimonytė described how her country responds to the stark geopolitical realities presented by Russia and other problematic states. 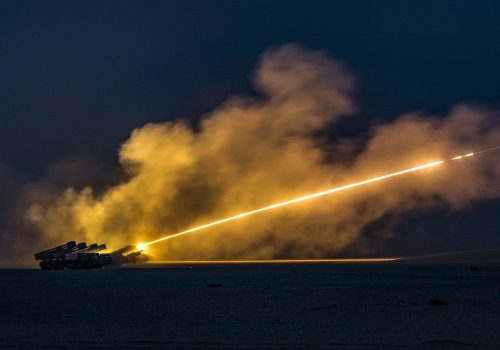 To help Ukraine expel Russian forces from its territory, the United States must begin its full transition to US-made equipment now, write our military fellows. Here's what that means.

Image: An armored convoy of pro-Russian troops moves along a road during Ukraine-Russia conflict in the southern port city of Mariupol, Ukraine, on April 21, 2022. REUTERS/Chingis Kondarov