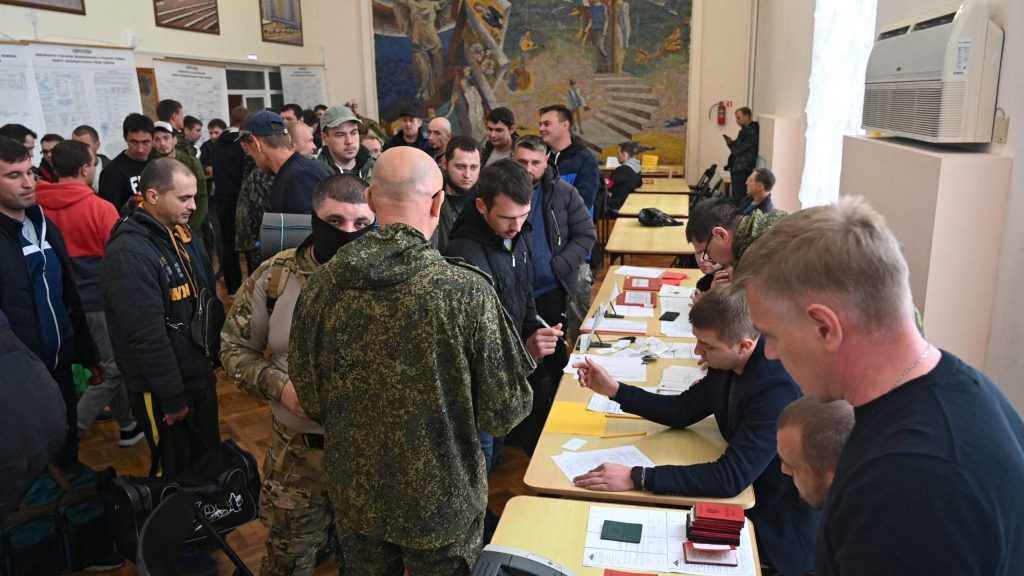 Russian President Vladimir Putin’s decision to mobilize hundreds of thousands of Russian reserves this month will almost certainly exacerbate internal divisions within Russia by highlighting his regime’s poor military-personnel policies. This should prompt Ukraine and its Western allies to prepare for an onslaught of poorly trained, disjointed troops.

Unlike the United States, Russia has never been able to fully transition away from a draft and toward an all-volunteer military. Its active force consists of about 70 percent contracted personnel and 30 percent conscripts—men between the ages of eighteen and twenty-seven who are required to serve one year in the military (of which four to eight months is spent in training). The draft remains unpopular, with many richer, urban Russians deferring for legitimate or falsified reasons, or paying bribes to their local officials to avoid service.

Contractors are meant to be the more professional and effective part of the Russian force, which is why the Kremlin has leaned heavily into recruitment drives and promised ever-increasing salaries to attract potential volunteers. Their targets, however, leave something to be desired: Officials have tried to recruit middle-aged men (Putin recently increased the age limit for contractors to sixty-five), recently wounded soldiers, convicted criminals, and homeless populations. Lowering standards has not worked well for militaries in the past, and the quality of Russian forces will inevitably decline once these new recruits are integrated into the force.

Earlier this summer, the Kremlin required that each of Russia’s eighty-five federal regions stand up a four-hundred-man battalion. These volunteers are meant to supplement the military’s logistical support and will be sent to the front lines after a mere two to four weeks of training. Men between the ages of eighteen and sixty are eligible, as are candidates with expunged criminal records, and they will receive veteran status and benefits for the rest of their lives. They are promised at least a three thousand dollars per month from the military and enlistment bonuses of up to three months’ salary from the regional governments. These volunteer units will have no standardized training, and yet will cost the Kremlin about as much as professional troops.

Understanding that this would not be enough, Putin’s latest call-up targets three hundred thousand reservists from a pool of more than two million former conscripts and contractors. But only an estimated four to five thousand of those men regularly attend monthly and annual trainings and therefore maintain a high level of readiness. Russia lacks the financial, administrative, and training capacity to maintain its reserve, making Putin’s move all the more ineffective in the short term. The chaotic nature of the mobilization throughout Russia so far demonstrates that it does not have the infrastructure in place to effectively call up and train these troops.

Moreover, Russia has never successfully integrated the three aspects of its force—volunteers, conscripts, and reserves—and there is little interaction between the groups. (By contrast, the United States military has a total force concept with the goal of operational interchangeability among the active, National Guard, and reserve components.) Additionally, all three must now contend with Russia’s use of private mercenary forces, such as the Wagner Group. According to human-rights group Soldiers’ Mothers of Russia, one of the chief complaints from soldiers on the Ukrainian frontlines in recent months has been the tensions with these groups, which have reportedly been used to monitor and forcibly detain Russian soldiers who file complaints or try to resign. These tensions further erode Russia’s combat effectiveness and troop morale.

Despite his military’s heavy losses in Ukraine, and the lengths to which the government is going to recruit new troops, Putin’s recent announcement demonstrates that he is still unwilling to declare an official war and order a full mobilization. This is likely a recognition of how politically perilous the move could be. But even a partial mobilization begins to cut through the charade and forces the Russian people to confront the realities of the war—from poorer regions that are bearing the brunt of the casualties of the war to wealthier areas that will finally be forced to contribute to the draft effort. Putin’s choice of spectacle over substance to appease the hardliners in the country means his reserve forces are not likely to make a meaningful impact on the battlefield anytime soon.

Meanwhile, his government continues to burn through hundreds of millions of dollars per day on the war in Ukraine, a figure which will only increase with every additional soldier and reservist’s promised salary and benefits.

These ill-fated policies provide valuable opportunities for Ukraine and its Western allies. Realizing that his original goals cannot be achieved without a full mobilization, Putin may well shift his strategy to sustaining a frozen conflict in Ukraine while continuing his nuclear saber-rattling to deter Western intervention. In response, Ukraine should continue to target Russian logistical support units—as they are the least trained troops in the force and have already proven to be Russia’s Achilles’ heel—while the United States and its allies should continue to supply Ukraine with the weapons to do so successfully. The Ukrainian military, with support from its Western allies, should focus on high-quality training and force cohesion to maintain an edge over its enemy while continuing to exploit Russia’s weaknesses in troop morale.

Apart from strongly deterring Russia from using nuclear or chemical weapons (and being ready to respond if that fails), the United States should strengthen its sanctions regime against Russia. It should specifically target regions that send more troops to the frontlines so their governments will need to face tougher tradeoffs before signing enlistment bonuses. This can include targeting key industries in these regions, such as the oil industry in Dagestan or power and chemical plants in Volgograd, as well as the heads of these regions for individual sanctions. These measures will continue to strain the Kremlin’s ability to pay soldiers’ salaries and compensation for injuries and death—a further blow to troop morale and grassroots support for the war. And in public messaging aimed at reaching the Russian people, the United States should highlight how the Kremlin is exacerbating regional and ethnic inequalities with its policies.

Just as important as intelligence on enemy real-time troop and weapons movements, personnel policies can offer a unique understanding of a military’s effectiveness. Russia’s current policies will inevitably lead to tensions within the country and problems with force quality when the results of its current practices become evident, and Ukraine and its allies should take advantage of this fact.

Irina Plaks is a nonresident fellow in the Forward Defense practice of the Atlantic Council’s Scowcroft Center for Strategy and Security. 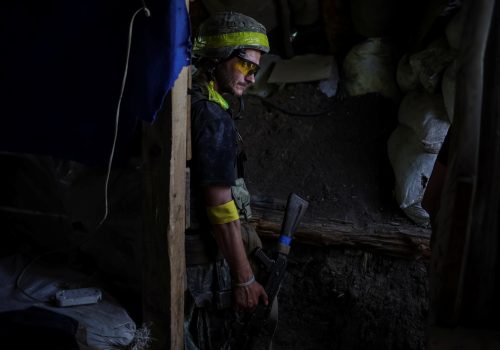 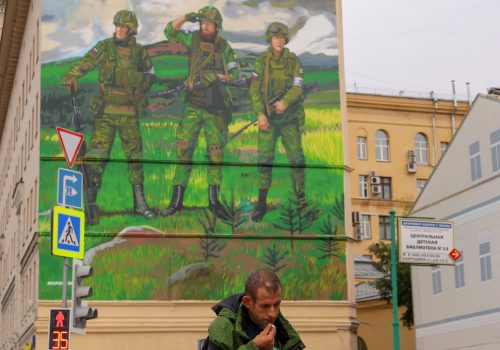 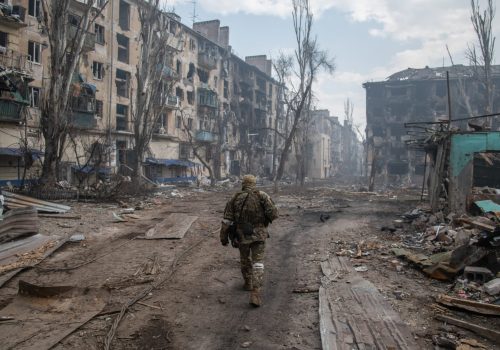 The Siege of Mariupol was the deadliest engagement so far in Russia's ongoing invasion of Ukraine. Ukrainian priest Father Pavel Kostel recounts his harrowing experience of escaping from the encircled city.

Image: Russian reservists drafted during the partial mobilization arrive at a gathering point in Bataysk, Russia, on September 26, 2022. Photo by Sergey Pivovarov/REUTERS