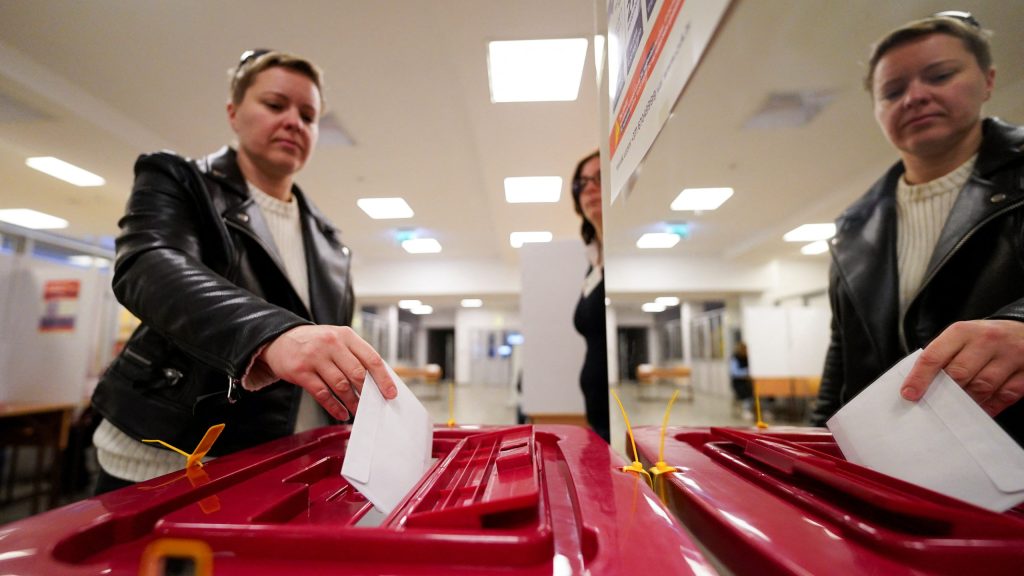 In a year of hotly contested elections and dramatic government reshuffles across Europe that are sweeping far-right forces into power, Latvians seem to prefer continuity. The centrist New Unity party won 19 percent in Saturday’s vote for the country’s one hundred-seat parliament (Saeima), suggesting that voters there prefer stability in the face of the geopolitical upheaval caused by the war in Ukraine.

In early February, the parties to watch would have been the populist “For a Humane Latvia” (PCL) party, which was gaining momentum on a Euroskeptic platform, and the social democratic Harmony (S) party, which caters to Latvia’s minority of ethnic Russian voters. But Russia’s invasion of Ukraine changed the tenor of these elections, and now, once-popular parties must reckon with changing voter sentiment.

In the case of PCL, voters lost interest in Euroskeptic rhetoric as early as April as news of the invasion highlighted the value of strong European and NATO ties and pushed the withering party to join the Alliance for Latvia (AL)—which along with S failed to clear the 5 percent threshold to enter parliament.

The ethnic-Russian party Harmony—once a frontrunner—tried to adapt to the times. Members of the party’s mainstream faction made clear their initial support for Ukraine and have become more moderate. But despite this shift toward the middle, the party has drastically lost popularity since winning 30 percent during the 2010 Saeima elections. Meanwhile, the small faction of pro-Kremlin hardliners have peeled off from Harmony to join the fringe and openly pro-Russian Latvian Russian Union (LKS), which depicts Latvia’s ethnic Russians as an oppressed minority.

A victorious New Unity will likely seek to form a government with more or less the same coalition partners as the current government: the center-right, nationalistic, anti-Kremlin National Alliance (NA); the liberal-democrat, pro-European Union Development/For! (AP!); and the moderate-right, anti-corruption-focused Conservatives (K).

By voting for continuity, Latvians are showing that they are rightly worried about the economic impact of Russia’s war on Ukraine. Heading into the winter, energy security remains top of mind as prices soar, threatening the ability of hospitals, schools, and individual households to afford heating. In these uncertain times, voters seem to favor consolidation to the known center rather than experimentation with fringe parties that could risk political instability during an already perilous autumn and winter to come.

These hardships have only bolstered Latvia’s already strong support for Ukraine. For Latvia and the other Baltic States, Russia’s actions are an existential threat and reminiscent of Soviet annexation during the twentieth century. The war is fueling another wave of revulsion at the legacy of Soviet-occupied Latvia: Recently, a controversial Soviet-era monument was torn down in Riga because it had become “an ideologically charged symbol of the totalitarian regime of the Soviet Union,” as the Riga City Council described it.

Perhaps most significantly, the Saeima is considering legislation to establish Latvian as the country’s only official language, thereby removing the option to use Russian in schools and with service providers.

More than likely, a second New Unity-led coalition government would continue the current government’s priorities of boosting the national defense service, countering the ongoing energy crisis, and increasing the defense budget. The new government will also be pressed to address the demands of teachers and health care workers who have been unsatisfied with their workload and pay.

Given Saturday’s results, it’s clear that—at a time when their Italian and Swedish counterparts tossed moderate governments aside—Latvians aren’t interested in change for the sake of change. They have their eye on the bigger picture: the existential threat of Russian aggression, which requires a well-tested government that Latvians trust to carry them through the uncertain times ahead.

Lisa Homel is an assistant director of the Atlantic Council’s Europe Center. 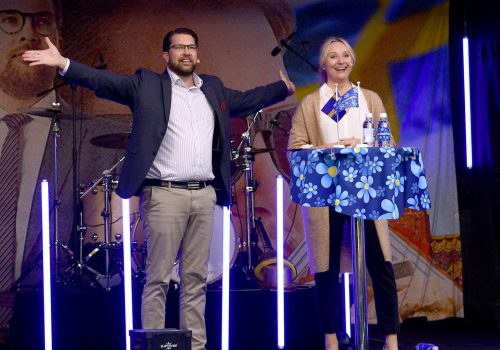 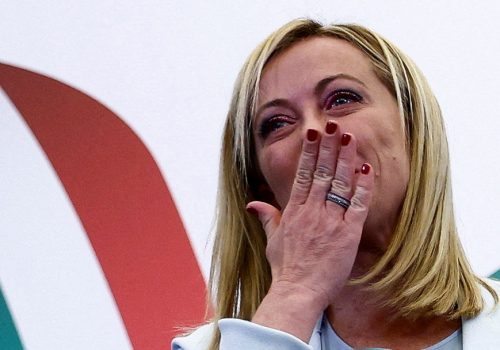 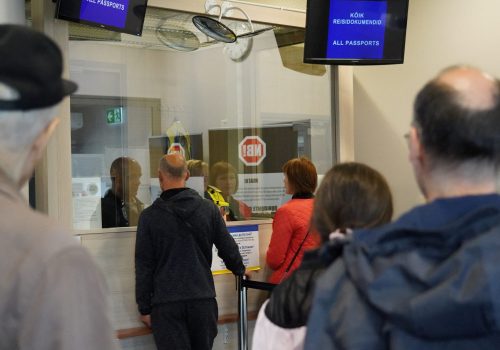 Image: A woman casts her vote during the general election in Riga, Latvia October 1, 2022. Photo by Janis Laizans/REUTERS