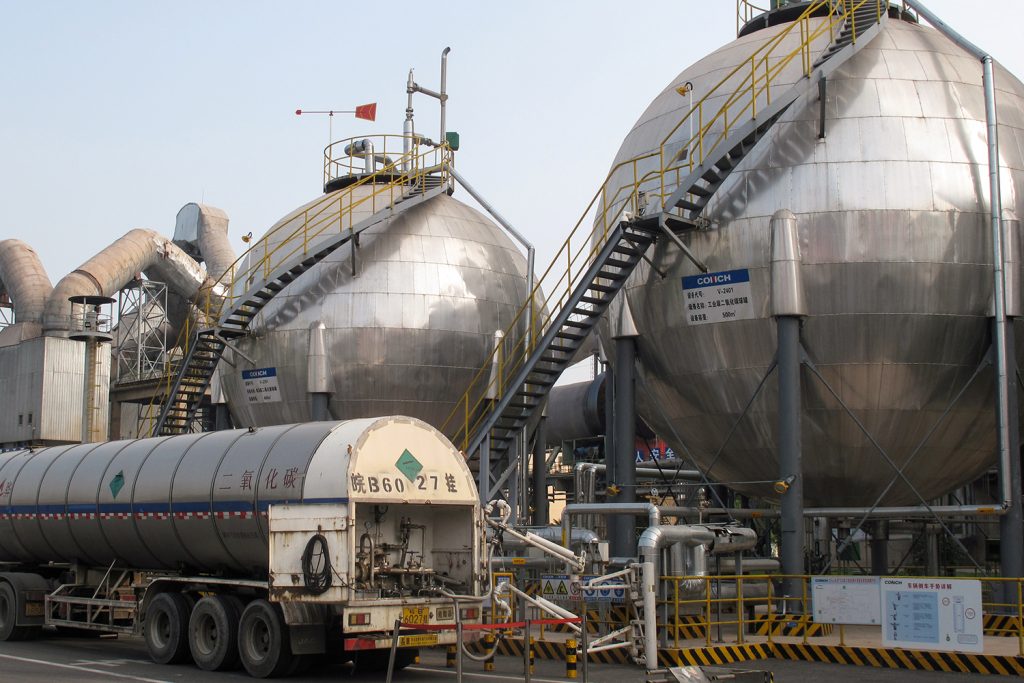 US Senator Sheldon Whitehouse (D-RI) blasted the US Government for its delay in implementing carbon capture and storage (CCS) legislation and the US Congress for refusing to adopt serious carbon pricing reform during remarks to the Atlantic Council on February 4. The Atlantic Council Global Energy hosted Whitehouse as part of its event, “Global Status of CCS: The Next Wave of Carbon Capture and Storage.” Whitehouse is a longstanding champion of climate policy and a strong legislative advocate for carbon capture and storage technology and carbon pricing. Since being elected in 2007, the Senator has delivered over two hundred speeches about the climate crisis on the Senate floor and has made congressional climate action one of the pivotal foci of his legislative career.

Whitehouse rebuked the US Department of the Treasury for dragging its feet on implementing the ”45Q” CCS tax credit. Despite passing Congress with broad bipartisan support in February 2018 as part of the Bipartisan Budget Act, the measure is “still fiddling around in the Treasury Department,” delaying its implementation and impeding public stimulus for CCS projects across the United States. “There is no legitimate excuse for this regulation having taken a full two years still not done,” he asserted. Section 45Q of the US tax code would provide performance-based tax credits for projects that securely store carbon dioxide in geological formations or beneficially use captured C02 as a feedstock to produce fuel, chemicals, or other goods like concrete.

While the CCS tax credit is a good first step, Whitehouse emphasized the critical need for a US carbon tax and pricing model. “If you like the carbon capture tax incentive, you will probably actually love a real price on carbon,” Whitehouse said. The senator argued that “it is going to take a real price on carbon to offset what the International Monetary Fund describes as a $650 billion per year subsidy to fossil fuels just in the United States.” Whatever gets accomplished with regard to CCS legislation, Whitehouse hopes it will serve “as a precursor to proper carbon pricing so that a variety of industries that will help prevent calamity can have the economic motivation and support to propel themselves forward.”

Despite growing awareness in Congress about the need for real regulation on carbon emissions, Whitehouse said the influence of corporate lobbying is still a huge hurdle to climb. “Some corporate support is likely needed,” to achieve real progress, he argued, but “there is essentially zero corporate support for a price on carbon and essentially zero corporate support for actually any serious climate solution.” While some corporate firms may have developed sustainability policies and or applied a climate and environmental ethos to their supply chains, Whitehouse maintained that in the corporate sphere “nobody takes any serious interest in getting anything done in Congress.” According to the senator, corporate actors are not pushing congresspeople to legislate for climate mitigation; they have other more pressing asks to make.

The senator described three main corporate groups who influence Congress climate change policy: the fossil fuel industry, which Whitehouse argued is still “100 percent dedicated to the obstruction apparatus it has built and maintained,” trade associations such as the US Chamber of Commerce and US Association of Manufacturers, who have not thrown their weight behind climate change policies, and the rest of the corporate community, the so-called “good guys,” who despite having good intentions, always tend to sideline climate change for other seemingly more pressing issues. On the whole, the senator said that the “net corporate presence in Congress is still against climate action and that is going to have to change.”

Whitehouse warned that waning US leadership on climate change will have a severe impact on the world’s ability to mitigate potentially disastrous effects, with the poorest fated to suffer most. In a riling call to action, Whitehouse implored US leaders to assert themselves in the fight against climate change. If Washington’s failure to lead “is explained by us being unwilling to tell a fossil fuel industry that has undue control over Congress: enough already we are going to do this,” Whitehouse said, it would not reflect “the kind of shine you expect from a city on the hill.”

Zachary Strauss is an assistant director at the Atlantic Council’s Global Energy Center.

Trump hails “time for optimism” on climate change, but US leadership still missing

While “Trump is right [that] this is a time for both optimism and action,” John E. Morton, a nonresident senior fellow with the Atlantic Council’s Global Energy Center, said, Trump “is wrong to suggest that the future lies in fossil fuels.” By emphasizing fossil fuel production, Livingston said, “Trump missed a key opportunity to sell the story of a United States that can still—with the right policies—commercialize zero-carbon technologies as well as any other country in the world.”

Will climate change move the needle in 2020?

From the release of the Green New Deal to global protests on environmental policy, “climate [has become] a prominent national issue and all the attention it received in 2019 guarantees that it will be a top issue in an American presidential election for the first time ever,” according to former US Congressman Carlos Curbelo (R-FL).