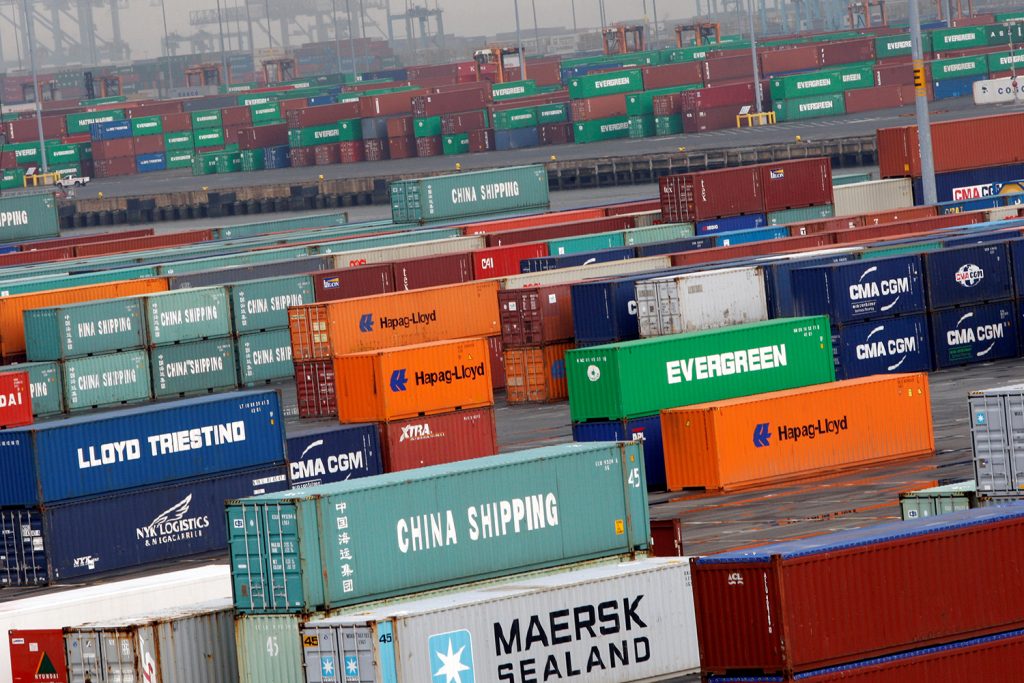 The destruction of the Second World War and the threat of a surging Soviet Union prompted the United States to lead efforts to build a strong multilateral system of trade to help revive growth in key allies and promote stability. But as the post-war boom faded, US attention shifted inward, as calls increased to protect US industrial and agricultural production from cheaper imports.

In 1962, President John F. Kennedy established a new Special Trade Representative to conduct US trade negotiations and coordinate US trade policy. The action was a brokered one, following extensive negotiations between leaders in the House Ways and Means Committee and Kennedy administration officials. The resulting legislation—the Trade Expansion Act of 1962—broadened the president’s negotiation authority, a key objective for the Kennedy administration. But the central compromise also reflected Congress’s view that trade negotiations should be turned over to this new office, apart from the US Department of State, and that it should be made directly answerable to the White House. As argued by Steve Dryden in his seminal history of the Office of the US Trade Representative (USTR), “Trade Warriors,” Congress, and reportedly President Kennedy, viewed State as too secretive, too non-responsive to the Congress, and too slow in moving ahead to address US interests due to its unwieldy bureaucracy.

From this point, US trade policies gravitated towards more emphasis on elevating US commercial interests. Previously trade negotiators at State had experienced (and largely ignored) withering criticism for being too ready to relegate these interests to the backseat if they perceived that important foreign policy interests might be at stake. Today, pursuit of strategic interests has reemerged in US trade policies, but the current approach by the Trump administration risks weaponizing international trade and ignoring valuable opportunities to both strengthen US commercial interests and further strategic objectives.

Throughout its history, USTR, promoted by executive order to be the smallest cabinet agency in 1979 by the Gerald Ford administration, has effectively pursued US commercial interests with close allies and non-allies alike. USTR regularly consults with industry and labor stakeholders and has long pursued a robust—some might even prefer to characterize it as “relentlessly aggressive”—approach to securing US interests, which has often been met with equal vigor by their foreign counterparts.

But while USTR was born out of a desire to favor commercial interests, strategic interests have often underpinned US trade policy discussions, and USTR and the State Department have been more often allied in their perspectives on trade negotiations than not. Right up until the Trump administration, USTR was a fervent defender of the multilateral trading system, embodied in the World Trade Organization (WTO) over the last twenty-five years, and many other countries looked to the United States for strong leadership, even if specific commercial interests diverged. More recently, many US free trade agreement (FTA) negotiations were grounded in strategic interests, seeking to bind allies more closely. The Trans-Pacific Partnership (TPP) was widely seen as a US initiative to counter China’s influence and perhaps eventually persuade it to abandon some of its statist economic and commercial policies.

Now in the Trump administration, with COVID-19 still threatening on a global pandemic scale for the foreseeable future, strategic and trade interests have become inextricably linked, although on far different terms than earlier US efforts to rebuild allied economies after the destruction of World War II. Today the strategic linkages are infused with questionable assertions of national security to justify a variety of new trade restrictions. The Trump administration’s approach carries substantial risks—creating a more multipolar world that is not bound together by a sense of shared interests, further undermining the central multilateral trade institution (the WTO), and justifying tit-for-tat trade retaliation under the guise of essential national security interests.

There is no doubt that the rise of China, which dramatically upended global trade flows and created new trade imbalances, necessitated a recalculation of the appropriate mix of trade policies, inspiring the desire to rebuild alliances in order to resist aggressive state capitalism. New US interest in refocusing the “Quad” (Australia, Japan, India, and the United States), a relatively new strategic alliance focused on the Indo-Pacific, or building a new “Quad-plus” initiative to encompass shared security and economic priorities appear to be manifestations of this kind of approach. But criticisms expressed by some over “mega-regionals” during the Obama administration (focused then on the Trans-Pacific Partnership and the Trans-Atlantic Trade and Investment Partnership) might apply as well to Trump’s new initiatives, particularly if they appear more focused this time on weaponizing trade as opposed to liberalizing it and promoting good governance principles.

With so much attention focused on large-scale strategic interests, such as confrontation with China, the small-scale matters that can actually both bolster strategic partnerships and advance US commercial interests may be sidelined. An obvious case in point involves ongoing US-India trade negotiations, first initiated in 2018 after USTR launched a review of India’s benefits under the Generalized System of Preferences (GSP) program. These negotiations have slowly progressed to a point at which it appears there is a real win-win opportunity to resolve several pending trade irritants and simultaneously signal that the United States and India have prioritized their bilateral trade relationship to parallel their growing strategic partnership.

Former US Ambassador to India during the Obama administration, Richard Verma, has suggested that the US-India partnership might prove to be the most consequential bilateral relationship of the 21st century. Predicting the future is becoming increasingly difficult, but US and Indian strategic interests in confronting China’s expansionist tendencies and maintaining security in the Indo-Pacific region seem likely to continually blend and coalesce, even if their perspectives are not exactly identical. From this long-time US trade negotiator’s standpoint, pursuing both the commercial and strategic interests in advancing trade relations between India and the United States is a true no-brainer.

It is disappointing to see that the opportunity for the trade deal on the table is not being seized by the current administration and hard to understand why not, particularly because it appears so compelling. India appears ready, although it is not clear for how much longer and whether it can make final changes in its offer to get the deal across the line. There is bipartisan support in the Congress—which depressingly is too rare a phenomenon. US commercial interests would be advanced, even if only a small subset of sectors is included for the moment. A first agreement holds promise that it can inspire future, incremental ones, and eventually build the confidence among trade negotiators and stakeholders on both sides to do something really big (although very hard)—a bilateral FTA.

All that seems lacking is the attention of the US White House. There is still time for that critical ingredient for striking a deal to emerge before the election creates the customary lull in new agreements. But the window is closing, with only weeks remaining; already the momentum seems to be slipping away. If strategic and commercial stakes are weighed carefully and expeditiously, the United States and India would soon celebrate a first-ever trade agreement.

If, however, this agreement falls by the wayside because it is deemed to be not big enough or not sufficiently “strategic,” the alternative might be a return to their earlier dynamic on trade, in which low ambition joint statements are held up as successes. What a pity that would be.

Agriculture has formed the backbone of India’s economy for many decades and remains crucial to providing food security for the country’s growing population. It constitutes a major pillar of India’s economic growth and a significant contributor to its growing exports sector.